How do you represent Walter Palmer, the dentist that has been identified as having killed Cecil the Lion during a hunting trip in Zimbabwe? With vast swathes of social media collectively baying for his blood, almost universal condemnation of his actions and a media frenzy in full swing, what strategy could any PR pro have taken? By the look of it, the only approach was to spread Palmer's statement and scarper. "A colleague at another firm asked me to assist in distributing Dr. Palmer’s statement to the global media," Jon Austin, owner of J Austin & Associates told PRWeek. "Having completed that task over the last 24 hours, it’s a natural end point for my engagement." Rumours that Austin is now seeking a comparatively quieter life by representing Donald Trump are yet to be confirmed.

When it came to fielding questions from the press during a visit to Singapore, it's a fair bet UK PM David Cameron and his comms team didn't expect to be discussing the finer points of petals. So it was something of a shame when Singapore Botanic Gardens invited the press to see Cameron officially name an orchid propagated in his honour, only for them to question why it was purple—the colour of the political thorn in his side, the United Kingdom Independence Party, and not true blue Tory. Even though the Gardens confirmed it was purple, a Downing Street spokesman refused to budge or open his eyes by insisting "the sepals and petals are a shade of blue." See for yourself... 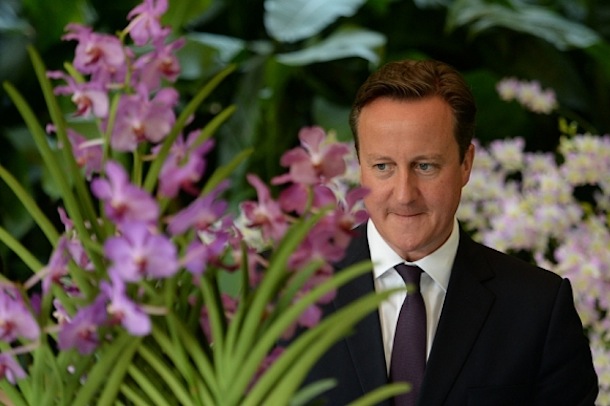 After his orch-ward moment, David Cameron went on to meet Malaysian PM Najib Razak, who has been doing his best to prove he's lost all touch with reality in recent weeks, but perhaps that's what happens when more than $700 million is mysteriously deposited in your bank acount. The PM is not accused of any wrong-doing, but there is much head-scratching as to how complex transactions between agencies, banks and companies linked to the crisis-stricken 1MDB state investment fund resulted in the cash allegedly ending up in his personal accounts. Equally puzzling is why he now feels the need to clamp down on publications that have reported about it. Last week this column highlighted the blocking of The Sarawak Report website, while this week it was the otherwise well-respected The Edge titles to feel the force of the state after its printing licenses were revoked for three months. As Jay-Z might say, Najib's got 700 million problems, but The Edge ain't one.

Over in the UK electronics brand Goodmans appointed consumer agency Radiator to handle its PR and social media, US snack Twinkie hired Frank PR to grow the brand in Britain, while New York’s Empire State Development is seeking a firm to support its travel and tourism activities across the pond in a six-figure deal.

In a quiet week for new deals n the US, it was left to winter coat manufacturer Canada Goose to make some heat by appointing M Booth its PR agency partner, following a competitive review.

On the people front, Ex-Edelman and World Bank exec Jane Madden joined Burson-Marsteller as head of corporate responsibility in the US, Bob Knott returned to Edelman to lead its global business and social purpose practice, and financial services comms and marketing agency Cognito appointed Paul Wynne as a director and Lara Joseph as a senior account manager in its London team. Staying in the UK, Publicasity has promoted Paul McCaffrey to director and hired two new associate directors; Barbara Normile from Clarion Communications and Lucy Richardson from Richmond Towers.