The Malaysian Home Ministry’s suspension of The Edge Weekly and The Edge Financial Daily newspapers is "a blow to a key element in the PR ecosystem", claims an agency MD in the country.

Pi PR’s Lee Ting Ting told PRWeek Asia the titles were the voice of the corporate and private sector in Malaysia.

Their printing permits have been suspended by the government for three months because of reports they carried about the debt-laden 1MDB state investment fund scandal, which has engulfed prime minister Najib Razak.

According to the publicaton, there are four official Malaysian government investigations into the fund’s activities. Najib hasn’t been accused of wrongdoing and the original source of the money is unclear. 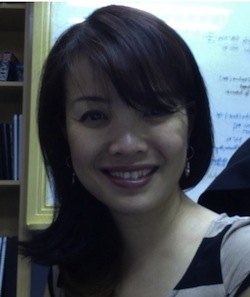 Lee (pictured) said: "The ban on The Edge affects us all immensely as we have just lost a platform and medium of information, independent research and expression of free speech, especially so because to a large extent, The Edge represents the voice of the corporate, private-sector market in Malaysia.

"The PR industry directly relies on the vibrancy of the media/press and news channels. This is definitely a blow to a key element in the PR ecosystem [because this is a] platform for information and message delivery of the private/corporate sector that we represent.

"It is very important to note that in The Edge's case, the fundamental concern is that the government has taken away the media's very basic right to cover a news issue," she added.

She added the only silver-lining from the case was that it could provide a boost to online media, which does not require a publishing license.

However, "although online is still not affected by need for publishing licenses, there is still the possible clampdown on media information and free speech by the Malaysian Communications and Multimedia Commission (MCMC)," she warned.

Last week the MCMC restricted access to the Sarawak Report blog for its reporting of the 1MDB case. Yesterday the British-based site was offline following what founder and editor Clare Rewcastle-Brown said could have been a hacking attempt. It is now up and running again.

The Edge, which is owned by media mogul Tong Kooi Ong and employs around 350 people, is expected to challenge the suspension through the courts.

The Home Ministry’s secretary-gene­ral Datuk Alwi Ibrahim said in a statement the "impact of irresponsible reports" had to be taken into acount. He added: "The two publications were found to contain articles which violated Section 7(1) of the Printing Presses and Publications Act which are pre­judicial or may be prejudicial to public order, or may alarm public opinion or jeopardise public order and national interest."