Four-fifths of more than 200 companies quizzed in South Korea are using quantitative measurements to gauge the effectiveness of their social media strategy, such as the numbers of fans or likes.

The results were revealed in a survey of major domestic companies and public institutions on the current status of social media trends, co-conducted by KPR Social Communication Research Lab and Macromill Embrain.

Eighty per cent of the 218 respondents said ROI evaluation of social network strategy was necessary.

A total of 64 per cent said they carried out social media performance evaluation, but 78 per cent focus on quantitative measures. 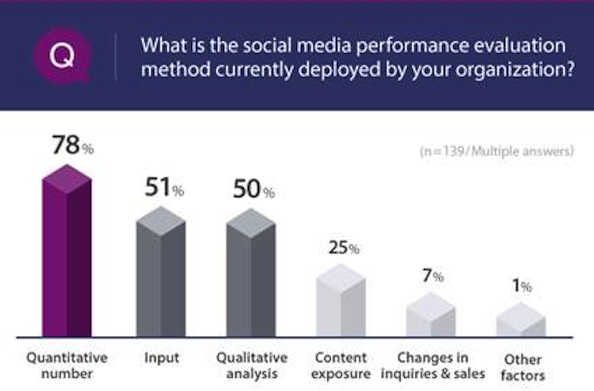 While this strategy makes data collection and measurement easy, it is far harder to prove how is linked to wider business objectives.

"It’s time to consider social media not simply a communication channel and expand the perspective to view it as a valuable marketing platform for businesses," said Hakkyun Kim, head of KPR Social Communication Research Lab. "In order to fully leverage the value of social media, in addition to quantitative performance evaluation, qualitative outcome evaluation – accurately identifying valuable insight from the vast amount of data and interpreting its meaning – needs to be reflected in business goals and strategies."

The survey also found that 54% of domestic CEOs and heads of institutions have high interest in social media. 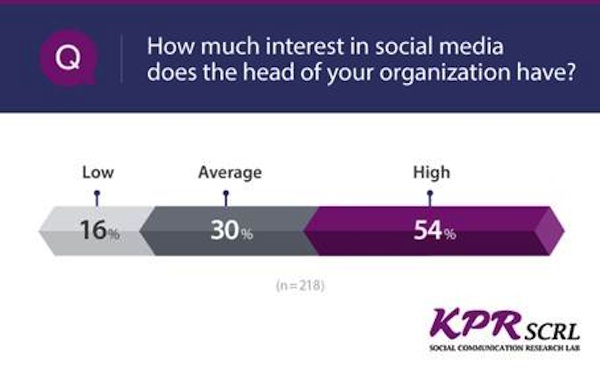 Regarding social media budget, 53 per cent said there was no change, potentially reflecting the economic uncertainty that is prevalent in South Korea. Thirty-seven per cent reported a rise in budget this year, with 10% claiming it had been reduced. The results were similar among large conglomerates, SMEs, and public institutions .

The main purpose of using social media for 68 per cent of those surveyed was to raise awareness of the company and products, and to boost corporate image. Fifty-six per cent said it was to deliver corporate news and messages. 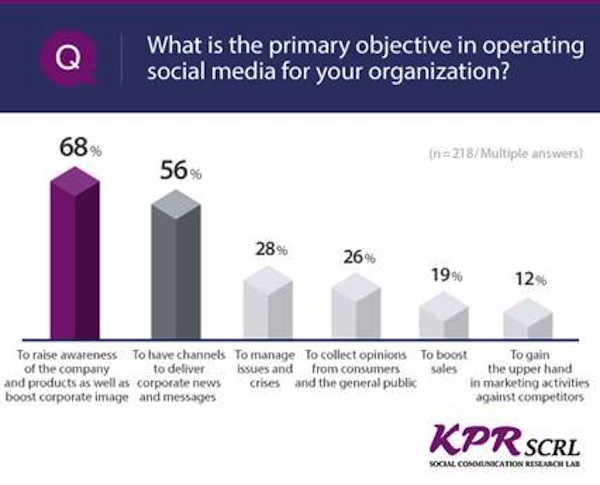 When it comes to popular platforms, 87 per cent of those quizzed use Facebook, 67 per cent use blogs, while 49 per cent have active Twitter accounts. Just over 40 per cent use Youtube and Kakao Story, and 25 per cent used Instagram. Compared with the results of the 2014 survey, Instagram use increased by the widest margin (16 per cent), with Youtube and Twitter posting the biggest drops at 20 per cent and 14 per cent respectively.