According to the US Embassy in Japan, life in the country’s jails is tough, especially for drug offence suspects.

"For most drug cases, prosecutors place a suspect incommunicado and they are barred from receiving visitors other than a lawyer or a consul, and from corresponding with anyone other than their lawyer or (in most cases) the embassy or consulate."

They are also usually banned from receiving mail and reading material from the embassy.

All of which meant ex-Toyota comms chief Julie Hamp would have had plenty of time to reflect on how she ended up in a Tokyo jail for 20 days on suspicion of importing the heavily regulated painkiller oxycodone.

Hamp, the automaker’s most senior woman, was released without charge on Wednesday, one week after her resignation was accepted.

While she was at best naïve and at worst foolish, Toyota hasn’t covered itself in glory either. Comments in the wake of her arrest indicated her resignation would be on the cards, while the company also conceded it could have done more to help her integrate into the country.

All of which follows the firm initially heralding her appointment as a sign it was promoting diversity; a commitment so strong that her replacement is a male, Toyota veteran of 28 years…

There’s plenty of hyperbole flying around about the future direction of PR and advertising, as the lines blur quicker than our eyesight after a Friday night on the absinthe.

While ad firms still dominated the entries for the PR Lions at Cannes, there are plenty in PR who are willing to wager that in an ever-evolving media landscape, it is this sector that is best equipped to adhere to the ‘content is king’ mantra.

Either way, in Asia this week Edelman notched up a victory over the mad men by poaching Leo Burnett’s Malaysia MD Robert Kay to become its CEO in that country.

As Richard Edelman said in Cannes: "We should tell our story about how the marketing services business is changing to communications marketing." Game on. 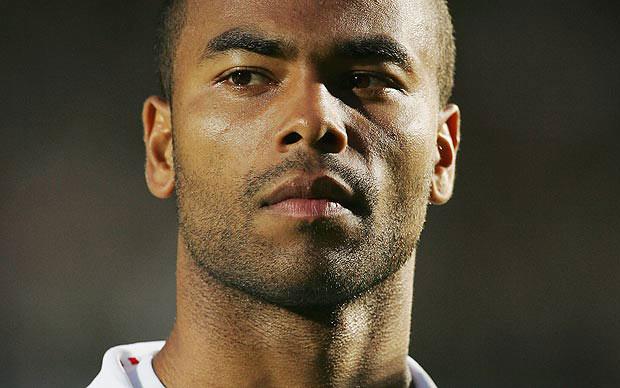 "For me it all started with Ashley Cole being sick while having sex with someone who wasn’t his wife."

Nope, this isn’t a confession about the beginnings of a weird fetish, but rather the global PR industry reflecting on the pitfalls of sports sponsorship as once noble pursuits become awash with cash.

As our colleague at PRWeek in UK Alex Benady wrote, since Cole’s classy behaviour, it has been one thing after another; There are teenage stars who won’t get out of bed for less than £200,000 a week, and apparently won’t get into bed unless there’s a tabloid reporter present. There’s also ludicrous shopping binges, drunkenness, smoking and cheating on the field as well as off it.

Sports fans, with their ingrained tribal loyalties, are a forgiving bunch though. It seems the industry consensus is that they will tolerate all kinds of dirty misdemeanors off the pitch, as long as the game itself is clean on it.

In India there seems to be a pitch battle for who can claim to have won the most new clients in the first half of 2015, with both 20:20 MSL and Aim High posting impressive figures of 24 and 15 respectively. In Hong Kong it looks like the cupboard is far from bare at Daylight Partnership after it won the Facebook deal for sauces firm Lee Kum Kee Group. In China, Glimpse PR is bang on trend after sealing a full-service PR deal to launch fashion chain American Rag into the market.

In the US the state of Indiana ended its relationship with Porter Novelli three months after it was brought on board following a backlash to its ‘religious freedom’ law, and Texas is on the lookout for PR help to pull in tourists to the lone star state.

In the UK, internet provider Plusnet has buffered Kazoo and replaced it with Kaper, while Bright Light has been hired to bring the PR frills to lingerie firm Silent Assembly.

On the people front, CNBC named ex-Burson-Marsteller associate Mike Cheong as its Asia-Pacific comms manager, with Lee Thompson taking the same role in EMEA. In the UK, Freuds hired BBC news producer Samuel Smith to boost its corporate practice and in the US eBay’s global comms VP Joe Carberry has checked-out in favour of a role at Charles Schwab

If you can’t take it, don’t dish it out. This column might be a little tongue-in-cheek at times, but this week we had to take one in the eye too. Of all the stories on which to make a spelling mistake, the one about optical lenses probably wasn’t the best. We’re off to buy a pair of specs... 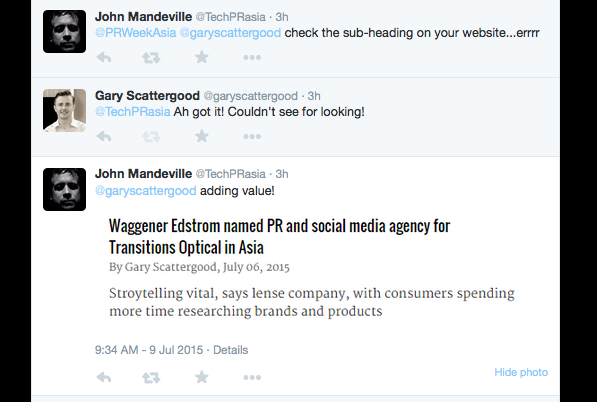