CHINA: CEO Olivier Fleurot is refreshingly candid about how MSL was faring in Asia when he took over the reins of the Publicis firm in 2009: "Honestly? We were a bit weak," he told PRWeek during a recent trip to China.

What has followed has been a relentless acquisition drive, especially in China and India.

For the former, Genedigi and King Harvests were key early acquisitions, while Hong Kong-based Luminous Experiential Marketing Communications has also helped accelerate growth in the country. In India, a deal with 20:20 in 2010 was a major statement of intent.

The upshot is that Asia now accounts for a third of MSL’s global business, up from around 5 percent in 2009, with the remainder being split pretty evenly between Europe and North America, alongside a small but growing operation in Latin America.

"We have focused a lot on Asia over the last few years and we are happy with those investments," Fleurot says, pointing to the agency's 32 owned offices, more than 1,200 employees and an affiliate partner network across a further 23 Asian cities.

"Five or six years ago I think we probably only did around 5 percent of our business in China; those acquisitions have made a huge difference," he says.

But how sustainable is MSL’s long-term growth strategy in the region and in China in particular as the rate of economic growth continues to decline?

Fleurot is bullish: "We have come a long way in the last few years and that has not come to an end," he says. "We are always looking for new opportunities. We do believe that even while people talk of a slowdown in China and India, we believe this region has huge growth potential. We can also invest in other parts of the region too.

"We believe that the whole region will offer sustainable growth because we are not yet everywhere. There are important markets where we can do a lot more. I would say a well-organized, successful operation in our industry should be able to grow at least five percent every year for the next five to 10 years, and that is one of our goals."

While he's reluctant to get into revealing a detailed timetable for which markets he is seeking to enter and when, he concedes that the Philippines and Indonesia are high on his list of targets.

"There are markets like Indonesia, Philippines where we are not physically present with our own operations. We have focused on China, Hong Kong, Singapore, India and Taiwan [so] the rest is pretty open for us," he says.

"I won’t tell you in what order we can do that—we tried to work like that in the past but we were not happy enough with what we saw in those markets to make acquisitions. We always look at new markets on an ongoing basis until we find the right opportunity. Plus, as I always tell entrepreneurs, its their choice in the end to join us, I can’t force them."

When pressed on whether he sees long-term success being driven by acquisitions or organic growth, Fleurot clearly sees scope for further takeover deals.

"My point is that we need to be extremely pragmatic, flexible and ready for any new opportunity," he adds. "However, once we have made acquisitions we want to have sustainable, long-term organic growth for each of those operations."

He also alludes to the difficulties of maintaining organic growth in highly-dynamic markets like China where "the unexpected can often happen", and a client can be lost due to a change in the management team and not because of the quality of the work.

"Nevertheless, in China we are in a very strong position," he adds

A further factor hinting at a continuing quest for acquisitions is that Fleurot, who was previously executive chairman of Publicis Worldwide and CEO of the Financial Times Group in London, appears to relish identifying targets and integrating them into MSL’s operations.

"Part of the joy of my job is that you don’t manage a Brazilian the same way you manage a German, for example, because they all have their own approaches and visions," he says. "So I will always be open and transparent with them in initial discussions so they know how we like to do business. My style of management is that I like to delegate. I understand other people know the local market better than I do so I work on integrating them and leaving them to come up with new ideas."

The fact that there is no global, standardized approach to integration is something Fleurot believes is a major point of difference for MSL, a view that would no doubt be challenged by some of his competitors.

Nevertheless, he acknowledges ensuring the senior team of the acquired company stays in place is a significant challenge.

"I spend a lot of time on that so after two or three years they are happy to stay with us, take on more responsibilities and maybe move on to a different region. That is the key to being a global, well-integrated company," he adds.

Indeed, the theme of integration is one he refers to frequently, especially with regard to MSL’s digital capabilities, in-depth insights and analytics.

In Asia, where day-today operations are run by Glenn Osaki (pictured below), an integrated approach has been created around insights with the establishment of center of excellence hubs in Shanghai, Mumbai and Singapore. 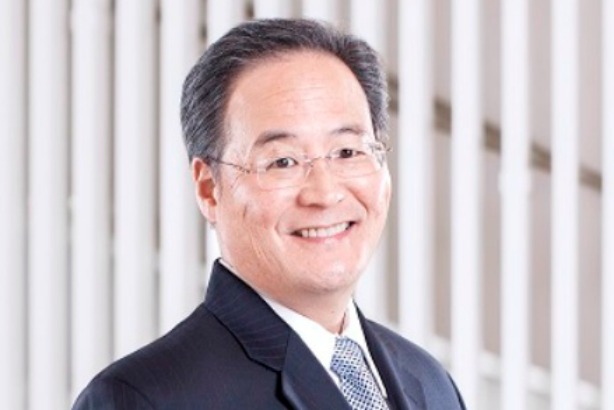 The decision to centralize this operation was based on the need for a critical mass of data, which simply wasn’t being achieved in each market. Likewise, he says local teams may know how to get the data or have an intuitive hunch, but could lack the methodoly to best understand it.

"We want all of our teams to integrate insights into everything they do and it is a skill that people have to varying degrees across the region. We wanted them all to get up to a certain level so we set up the centers of excellence which can help them with methodology, with social listening, focus group and panels," he says.

Clear thinking, data-driven insights and concise measurements are especially important in the current "strange environment where a lot of noise is being generated everywhere, especially on social media," he adds.

"I think a very important point for the future of PR and communication is that we need to agree with clients how we will measure success and really do whatever we can to help them meet those targets, whether they are qualitative or quantitative.

"A few years ago people were happy to have a lot of friends on Facebook but we knew that wasn’t really the right measurement, it had to be around engagement, when people are really using and sharing content, and proactively show they are interested in what the client is saying," he adds.

Like all agencies, global, regional or local, this changing environment means MSL is investing significantly in training and hiring people with new skill-sets.

"We are all looking for the same profiles and the same skills now, so we are putting in place very efficient training programs, which I’m told are the best in the region, to help us develop our existing teams," he adds.

However, then keeping hold of those people is a major challenge.

Fleurot adds: "One of the things I have noticed in this region and in other businesses is that we can attract, train and motivate people, but the issue is retention. We are doing our best to remain attractive but it is a war for talent."

As for skills and experience, the firm is constantly looking for people with journalism and analytical backgrounds to cope with the vast amount of content creation work.

"We are hiring much more within content creation because we can’t just be ping out our press releases on social media. The future is about being able to produce a lot of content in multiple forms that drive engagement so our clients’ voices matter. That is the trick," he says.

While entering new markets, driving its data and insights capabilities and fighting the battle for the best staff are priorities in Asia, Fleurot is also seeking to "invest more" in China, despite "people always talking about the economic slowdown".

The challenge now is helping the Chinese companies it works with expand to other markets, opening up new opportunities for both the client and agency.

"We can see Chinese companies starting to look at foreign markets and acquisitions and we hope we will be able to work for them in other countries. Part of our rationale for working here [is] so we can better know the companies and help them when they enter other markets.

"Yes, we might have a slower year or two; you can’t grow at 10 per cent forever, but I am not worried at all. I believe China has an amazing and powerful economic machine and this only the beginning."

- To stay up-to-date with the latests news, features and insights across PR in Asia-Pacific follow @PRWeekAsia