The problem with "no comment" is that it really is a comment – sometimes the worst comment one can make. It may imply guilt where there is none. It can sound blasé or incompetent.

A narrative will take shape, with or without the newsmaker’s input, and by declining comment, the person at the center of the story may miss the opportunity to influence how the story is framed.

The media can be relentless. But whether a newsmaker is giving a friendly one-on-one interview or is surrounded by reporters shoving microphones in his or her face, a "no comment" response can be a damning answer to any question.

An interview on CNN Money with Sam’s Club CEO Rosalind Brewer showed the risks of a "no comment" answer and the danger it poses to even the most seasoned executives.

Towards the end of the interview, CNN correspondent Poppy Harlow asked Brewer, "Some think you would have been a great fit as the new CEO of Target. Did they come talk to you?"

Whether Brewer was nervous, caught off-guard, or bound by the sensitivities of a potential negotiation process, her dodging eclipsed the strong, convincing points she had made earlier in the interview.

For a person burrowed in the middle of a story, the best approach is to shape the narrative rather than allowing the narrative to shape you. And it is important to do it early.

There is a scramble by all parties to quickly collect information and present the story to the public. At this stage, prospects are better, if not best, for the unfolding narrative to be shaped closest to what the person at the heart of it desires.

Brewer had been speaking in detail about the actions that Sam’s Club took to alter its operational structure to cater to Millennials and changing consumer behavior. But the headline for her CNN Money interview became "Sam's Club CEO: 'No comment' on Target job."

The story could have solidified trust in Brewer’s leadership and progress toward the company’s business objectives. Instead, it might have raised questions among employees and investors about her commitment as Sam’s Club leader.

Interaction with the media is a constant challenge for spokespeople who have to find ways to answer what are at times incredibly difficult questions. It can be challenging to answer hostile, leading questions that seem to transform an interview or press conference into a courtroom confrontation.

Simply hoping that such questions won’t arise – or, worse, winging it if they do come up – can have disastrous results.

When a crisis happens to a firm or organization, whether true or perceived, the public demands accountability. There may be scathing op-eds in top-tier publications or a decrease in revenue for the firm. There may even be protests outside its doors.

Craft a core-messages platform that anticipates the most likely and challenging questions. By prioritizing certain key points of information into a logical flow and weaving them into answers to reporters’ questions, it is possible to avoid a "no comment" response.

If one has effective core messages, repeated clearly and often, they have a greater likelihood of being picked up by reporters in news stories and broadcasts.

Brewer should have said, "It would be more appropriate to ask Target who they are interviewing. My focus is on Sam’s Club and ensuring that the company continues to grow and succeed by responding to the evolving needs of our customers."

That being said, the reporter might have been anticipating a rehearsed response; she likely had heard similar answers from polished CEOs. Still, the conversation might well have returned to Brewer’s earlier core messages, diffusing the situation.

While we know this "be prepared" solution is simple, you’d be surprised how often in a complicated situation – or when the camera is on – smart people forget.

There are, of course, times when it is not only appropriate, but also legally necessary to say "no comment." For example, during a potential or ongoing merger or acquisition, multiple securities laws could be violated by any official comment or acknowledgement that the process is taking place. It is common practice in such situations – and expected by seasoned M&A reporters who have to ask the question anyway – to provide a "no comment."

But "no comment" should not be used as a crutch. The media should not be viewed as an adversary looking to attack or bring a company to its knees. Rather, every interaction with the media is an opportunity to convey the firm’s messages and advance its business objectives. If the media isn’t provided the messages, they will infer or create them, sometimes with unpleasant results. Even worse, when the other side is talking and you are not, whose messages do you think will shape the story?

Don’t let your silence become the story. Use your narrative to write the story. 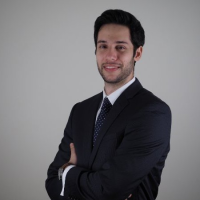 Ben Rosner is an associate at Finsbury.