PRWeek asked PR agency executives to name the biggest takeaway for communications pros from the landmark drama Mad Men, which put the agency business a smoke-filled spotlight like never before. Their responses follow. 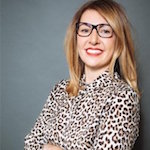 Adrianna Bevilaqua, chief creative officer, M Booth
I can’t help but feel nostalgic for Sterling Cooper & Partners. Interestingly, nostalgia is one of the most powerful themes of the show. As time progresses and the Mad Men ensemble lives through major moments of the 60s and into the 70s, the characters that can’t adjust to change and long for constructs of earlier times are the ones that seem to struggle most. Don’s quote, "We’re flawed because we want so much more, we’re ruined because we get these things and wish for what we had," makes this point poetically.

One of the only constants in life — and in our business — is change. Embrace the opportunity to move forward, and you’ll unlock new adventures and the chance to innovate. Resist it, and you’ll find yourself as irrelevant as Roger Sterling whaling on a piano in an empty office building.

Ali Grant, director, Be Social
Look for inspiration, strategy, and unexpected ideas from your entire staff and team. Everyone’s opinion can be valuable, and perhaps you will find some hidden talents. Peggy Olson came up with a brilliant idea for Belle Jolie lipstick, and she moved her way up through the firm. 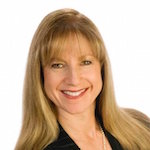 Profits alone should not drive the new business pipeline. Ethics and trust were thrown out the window on numerous occasions during Mad Men and were replaced by ego and greed. Just as potential clients evaluate agencies, PR agencies must evaluate whether the client is the right fit from both a business and relationship standpoint. The agency-client relationship is very much like a marriage, and life is too short to be working with people who aren’t happy together.

Ben Feller, MD, Mercury
Be constantly creative and just do the work without worrying about the credit — that’s what the money's for. And never bring a lawnmower into the office. 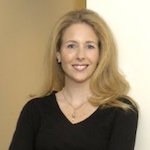 Stephanie Marchesi, CMO and MD of global client relations, FleishmanHillard
Change at the speed of now connects Mad Men with public relations today. Mad Men not only eloquently told us stories of the social issues that defined the 60s. The era-defining show also brought to life an industry trying to keep pace with change. We watched SC&P produce more sophisticated work. We witnessed media buying evolve beyond an embryonic discipline with the installation of the first computer – requiring more space than Don Draper’s office. We saw how the ability to fly coast-to-coast opened up new markets for business expansion. Just like in Mad Men, the public relations industry is the story of people holding on to what they know, while at the same time embracing the future. In the last decade, public relations has been redefined by the Internet, social media, mobile technology, and data and analytics. Look how far we’ve come. I think Don would be impressed.

Laura Tomasetti, CEO, 360 Public Relations
Mad Men definitely showcased the power of creative and the big idea, but we've certainly "come a long way baby" in terms of office dynamics. Last time I looked, there's no afternoon naps tucked away in your office in PR, and there's a whole lot more women at the top in marketing today.