In an era when brands are looking to get closer to their customers, many are learning lessons in social media the hard way.

While attempting to garner more exposure, they often leave themselves more exposed then they had planned. No C-level executive understands this more than the CEO. In fact, in an effort to be more engaged with their consumer bases, CEOs who have been relentlessly media trained often throw caution to the wind when it comes to social media – with disastrous results.

In the past, executives learned the ABCs of media communicating: answer the question, bridge to your headline, and build out the content with specifics and anecdotes. With new platforms, there are new rules of engagement and expectations that clearly haven’t been shared with these executives. Social communication should be unstructured, responsive, and direct. Yet in an era when a 140-character statement is the equivalent of appearing on 60 Minutes, keystrokes can translate into serious foot-in-mouth moments.

The problem starts with the fact that the respect afforded to hierarchy doesn’t exist in the social world. While journalists understand that hard questions may turn into good content, they know that disrespect will only translate into lack of access for future stories. Online consumers don’t feel the same way. They appreciate the opportunity to vent directly with the CEO. The angrier they are, the higher the risk that a CEO may turn what was supposed to be a customer-engagement moment into a crisis communications scenario.

So why set up the company’s senior executives as complaint piñatas? If you agree with Sam Walton’s belief that the customer is a company’s only boss, then putting senior executives on the frontline is an extremely valuable use of their time. In order to create a meaningful dialogue, executives should consider these three suggestions.

Be authentic
Social media fails when brands are unable to speak on the same level as consumers. An excellent example of a senior executive effectively reflecting and building a company’s brand is Richard Branson, who genuinely converses with his 5.1 million followers on everything from mentorship to women’s rights. Not surprisingly Jeff Weiner, CEO of LinkedIn, looks to connect with his customers on the hard conversations about customer service and necessary improvements.

Through effective use of social media, crisis communications situations can quickly set the record straight or blow up. AirAsia CEO Tony Fernandes showed real social media awareness by sending upfront and honest updates via Twitter about the crash of AirAsia Flight 8501. He showed his personal concern for staff and the families of the victims and helped to keep trust in the company during this time of crisis and set a great example for executives to follow.

Be aware
Companies need to be sensitive to public-image issues that need to be addressed before letting their senior executives become social lightning rods. JPMorgan Chase found this out the hard way with its planned, and then cancelled, Q&A with vice chairman Jimmy Lee in late 2013, which is now the de facto case study in poorly thought out social media campaigns. Having just reached a tentative $13 billion settlement with the US Justice Department over bad mortgage loans, the public jumped at the opportunity to directly tell Jimmy Lee exactly how much they despised the actions of the company that led to the settlement.

Recently, Uber CEO Travis Kalanick took to Twitter to address the notorious comments that were made by Uber executive Emil Michael where he spoke hypothetically about running smear campaigns against journalists that criticize the company. Culminating in 14 tweets that read as a stream of consciousness, many questioned his decision to use the short and informal format of Twitter to address a very serious topic. With the public image of the company very much at stake, this could be interpreted as not taking the issue seriously by refusing to issue a formal, substantial apology.

Exercise caution
Another challenge is that executives have always been media trained with the warning that if you don’t want to see it in print, don’t say it. However, when it comes to 140 characters, some CEOs have exhibited a belief that the short format excuses them from exercising caution. In the effort to be personable, CEOs can cross the line.

For years, Ryanair CEO Michael O’Leary took first place in being unequivocally offensive by responding to his female followers with sexual suggestions, though efforts are being made to clean up his image. Recently, Rupert Murdoch drew criticism from the public after he tweeted a comment about how all Muslims must take responsibility for the terror attacks in Paris at the Charlie Hebdo office. Notable Twitter users such as author JK Rowling and comedian Aziz Ansari held back no punches in taking Murdoch to task over the comment, which eventually turned into the trending topic #RupertsFault.

Training the social media CEO
So what is media training for the new social world? Like all communications counsel, be compelling, credible, and in the world of 140 characters, concise. Take a few lessons from the examples listed above, and you’ll be one step closer to having truly meaningful conversations with your constituents. 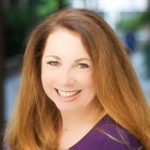