PRWeek understands that Uber has ended its relationship with Burson-Marsteller – the agency took over press handling from Westbourne Communications, just before the taxi protest in June last year.

BM was brought in to help Uber handle the media attention it attracted following protests by London black-cab drivers. At the time it was thought that BM was taking on a long-term, European brief.

Meanwhile Uber has also put its public affairs account up for pitch.

The account is currently split between FIPRA International in Europe and Westbourne in the UK.

PRWeek understands that Westbourne is repitching for the work, but it is not known whether the agency will pitch for the entire account or just the UK work. FIPRA was unable to comment at the time of publication. 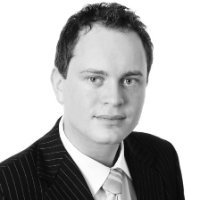 Uber confirmed that it would not be replacing BM, following the hire of Gareth Mead (pictured above), who joins from Virgin Media, as head of comms EMEA.

Mead has been at Virgin Media for more than six years, spending the past two as head of media relations. Before this he was at Abchurch Communications and a broadcast journalist at the BBC for eight years.

Mead replaces Channing, who left Uber in October last year around the same time that EU head of policy Dominick Moxon-Tritsch, departed. Ben Novick has been filling in for Channing since she left.