Weber Shandwick had "an exceptional year in which it redefined and expanded client reach."

This was among many sentiments representing the judges’ clear-cut decision to bestow the IPG agency with this top honor.

One word judges continually used to describe Weber, which was also named the 2015 Large Agency of the Year, was "integrated." The firm’s ability to break barriers and its willingness to embrace change was highly evident, as well.

In 2014, Weber was named advertising AOR for several big clients, including Fisher-Price and Covered California, and earned digital/social AOR status for Excedrin and Ragu, among others. Moreover, the firm exceeded $200 million in paid TV and social media buys.

Last May, it acquired Prime, a digital and creative shop famous for its multiple victories at the Cannes Lions International Festival of Creativity. In addition, Weber added to its own offerings by building Sawmill, a full-service advertising shop, and Creation, a multi-disciplinary practice rooted in technology and innovation.

Mediaco, the firm’s award-winning brand publishing offering, which launched in March 2013, accounted for about 30% of Weber’s global revenue, which was up 13.8% by last October, with 11.5% of that figure coming from organic growth. North American operations registered double-digit growth, as well.

The impressive numbers do not end there. Global staff rose 15%, the firm won two out of every three new business pitches, and it retained all 30 of its top clients. New business added included Cardinal Health, Crayola, and Fannie Mae.

Weber also really stood out for its client work and creativity. Its #Unapologetic campaign for Mattel’s Barbie helped drive a 13% sales increase and efforts such as the Honey Maid, Love campaign and The Sight Experience Facebook app for Novartis shone.

"Great leadership, innovation, energy, and numbers," added one judge. "This is a clear industry-leading agency." 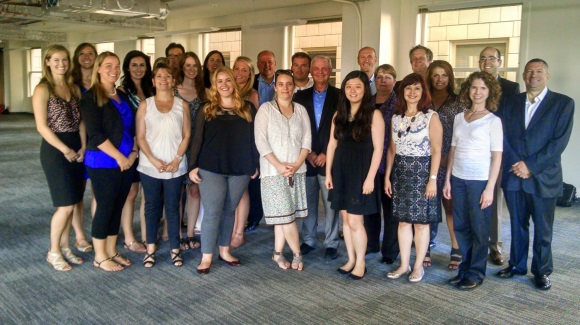 "A demonstrated business partner with the trifecta of strategy, ideas, and execution." That’s what one judge said about Allison+Partners, the 2015 Midsize Agency of the Year. Impressive revenue figures were highlighted by a 300% increase in Asia-Pacific, fueled by last year’s acquisition of China’s PR Century.

Strong client work included efforts for WhatsApp that helped set the stage for its $22 billion sale to Facebook. And its SXSW cronut effort proved the firm can promote itself effectively even in the most crowded spaces. Big client wins, such as Frito-Lay, rounded out a strong year for the firm.