Furthermore, one felt the firm might be the most integrated agency on the planet.

"More than any other firm, Weber walks the walk in integrated, influential, and impactful communications," noted a second judge. "It is on the leading edge with developing new capabilities and winning business in what was traditionally advertising territory. "

The agency was named advertising AOR for several large clients including Fisher-Price and Covered California and won digital/social AOR designation for several others. It also surpassed $200 million in paid TV and social media buys.

In May 2014, the agency acquired Prime, a digital and creative powerhouse known for its breakthrough creative work and multiple successes at the Cannes Lions festival.

Weber also built Creation, a multi-disciplinary creative practice rooted in technology and innovation, and Sawmill, a full-service advertising shop. By October 2014, worldwide revenue was up 13.8%, with 11.5% organic growth – without acquisitions. Digital work and Mediaco, its award-winning brand publishing offering, accounted for about 30% of
its global revenue.

Two out of three new business pitches were won last year. New clients won included Cardinal Health, Crayola, and Fannie Mae. The agency also retained all of its top 30 clients, including some long-tenured names such as Harley-Davidson (more than 30 years), Verizon Wireless (nearly 20 years), and Unilever (about 14 years).

Exceptional client work included the #Unapologetic campaign for Mattel’s Barbie, which helped drive a 13% increase in sales; the Honey Maid, Love effort; #FreeChobani for the Greek yogurt brand; and The Sight Experience Facebook app for Novartis. 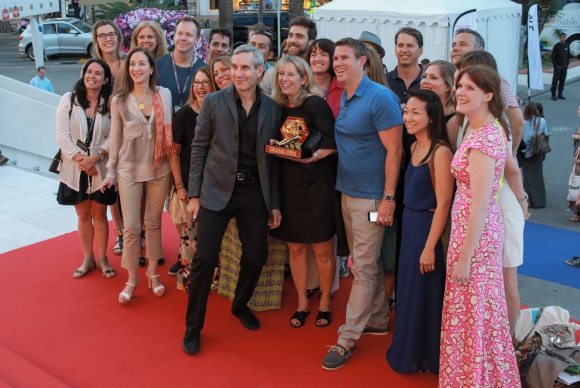 Judges praised Edelman for its strong, inspiring client work that drives real business impact, as well as the agency’s strategic growth, thought leadership, and industry-transcending influence. "Edelman stands out as an agency that has a purpose and a connection to critical world issues," said one judge.

Three hundred new US clients and 200 organic wins drove global fiscal revenue up 9.4% to $768.5 million (July 1, 2013-June 30, 2014). All judges praised its work for CVS Health around its decision to stop selling tobacco. As part of the campaign’s success, the retailer’s stock price increased 9.2%.