In describing Bateman Group account manager Sara Fastenberg, one judge said: "She is a really innovative thinker with big-budget experience. I would be proud to have her work for me."

Last year, Fastenberg showed knowledge and experience beyond her youth as she managed more than $1.2 million in accounts, playing the lead role on four of her firm’s largest pieces of business.

Her rapid rise in the communications industry started in March 2012 when she landed her first PR role as an associate with Bateman Group. Fastenberg accelerated through the ranks and was promoted to senior associate in less than a year, and then to account manager shortly after.

She now works across the agency’s mobile, ad tech, and enterprise clients with a focus on data-driven campaigns. Fastenberg leads the AdRoll, App Annie, Invoca, Tidemark, and Sharethrough account teams.

Most notable is her work with App Annie, the app store market-data provider she helped transform from an underdog company into a real powerhouse.

Virtually unknown when Fastenberg and her team pitched the business more than two years ago, App Annie’s primary goal was to narrow the market-share gap between its most distant competitor, Distimo. She masterminded the strategy behind the App Annie Index, which soon became the go-to source of app insights.

As a result, the market share gap between App Annie and Distimo soon disappeared, before the former acquired the latter in early 2014.

Within the firm, colleagues describe Fastenberg – who also acts as the company’s culture ambassador – as "a leader, motivator, and mentor." Last year, she led a team of 10 junior and senior staffers to create the Bateman Group’s rules of engagement, which are now used as the framework for the agency’s culture.

"Her leadership of four of the firm’s largest accounts shows the energy and quality of her work," explained a second judge. "Her App Annie Index experience is enviable." 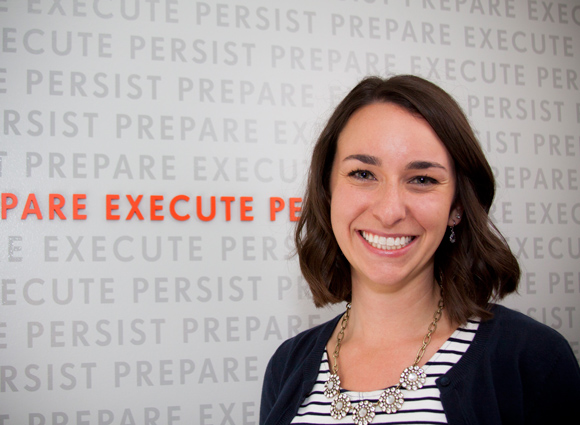 Since joining Method Communications in 2011 as a PR associate, Katy Kenealy has been promoted three times due to her consistent ability to deliver results. Now an SAE, Kenealy’s banner achievement is her work with Kiip and its CEO and founder Brian Wong. She oversaw a strategic media relations, content creation, and thought-leadership campaign, which saw Kiip named one of Fast Company’s 50 Most Innovative Companies in 2013.

Kenealy also played a key role in Wong’s placement on the cover of Entrepreneur’s September 2014 issue. Along with this, she manages Method’s largest account, Vivint.