Leveraging new analytics and socialization tools helped Allstate Insurance create fresh insights and the most robust edition of its annual America’s Best Drivers Report, which ranks drivers in 200 of the country’s largest cities.

Released on August 26, 2014, it featured new content, a landing page on Allstate.com, as well as a suite of media assets.

Judges felt the company made very strong use of analytics to breathe new life into a long-standing asset. They were also impressed by creative execution and excellent results.

"This was a nice refresh of data that drove great results," noted one adjudicator.

Use of geolocation helped more accurately reflect each city’s drivers. Allstate analysts created a trend line predicting where cities should fall when population, city density, and precipitation come into play. Rankings were then created based on how far the cities’ drivers were from the trend line.

The landing page on Allstate’s website included an interactive map and a timeline to access previous reports. The page also provides easier direct access to the report and features numerous safe driving resources.

The effort garnered 1.6 billion earned media impressions – the goal was 500 million – with stories appearing in outlets including Forbes, The New York Times, and USA Today.

Preliminary results for Allstate’s Reputation Scorecard indicate that the company’s perceived standing among agents increased significantly by 8.2 points in 2014. 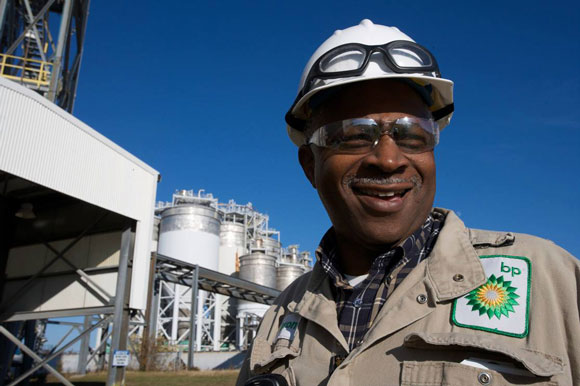 Ogilvy then crafted content that resonated and prompted them to engage, including a time-lapse video of BP’s Houma Heliport that garnered more than 170,000 impressions. Public support for BP in social media jumped 11% and advocacy increased to 7.3% of total conversations.