Communications pros must answer two critical questions in their jobs: Did I make an impact, and how can I improve this going forward? A recent study by McKinsey estimated that out of $1 trillion in annual marketing spend worldwide, $200 billion could be put to better use starting with smarter analytics and more focused campaigns.

Waggener Edstrom Communications had previously tried to help clients address these issues by bringing together data and insights from various in-market tools, but the agency found that approach too slow and ineffective. Additionally, many of the existing measurement platforms were not built specifically for communications professionals’ needs.

Facing this challenge, the firm decided to create its own solution. The result was WE Infinity, a data-mining and analytics platform built in the cloud that delivered insights to inform campaign strategies and help improve business outcomes.

"The agency acquired the best raw data feeds across social and mainstream media and applied fresh thinking to measurement and analytics," one judge noted.

The firm rolled out WE Infinity internally at the end of 2013 and officially released it in July 2014. Since then, the platform has been included in 75% of North American new business RFPs and pitches and 80% of pitches overall.

About one in four agency clients have adopted the system, with companies such as Honeywell Aerospace benefiting from its insights.

"Honeywell helped pilot WE Infinity in February and has been blown away by the results and reduced costs," one company representative said.

WE Infinity was also a leading factor in the firm winning Volvo’s communications business in early 2014. Further proof that the tool has been well received by clients: WE Infinity’s landing page became the sixth-most-visited page ever on Waggener Edstrom’s website.

"This is a versatile tool that serves a need and is clearly relevant," noted a second judge. 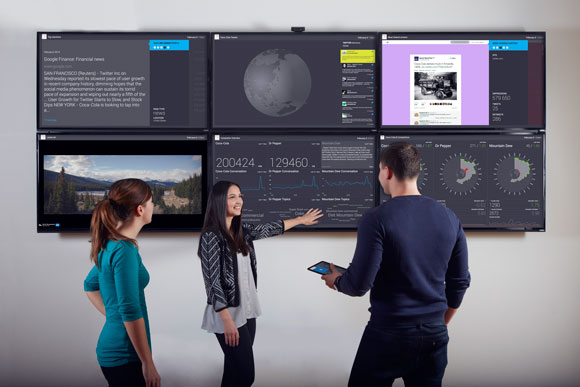 Brandwatch’s social media monitoring platform shone during the 2014 FIFA World Cup in Brazil. Gathering data from around the world, Brandwatch gave fans a different view of the tournament, with stats such as which country had the largest fan base on social media.

The event was an example of how Brandwatch’s tool could help with PR campaign tracking, monitoring competitors and consumer conversations, and reputation management. The company gathers information from more than 70 million sources and, since 2008, has grown to serve more than 1,000 clients.