Crop failures, water shortages, population movements and wars for resources are some of the predicted effects of global warming. But they are supposed to be decades away. So it’s alarming to learn that they may be happening already.

According to a new study published in the US Proceedings of the National Academies of Science this month, climate change helped spark the Syrian civil war.

The worst drought in recorded history, which lasted from 2007-10, together with poor water management, caused 1.5 million people to abandon their homes and move to the cities, creating an army of malcontents who eventually became involved in violent protests.

"It’s not to say you could predict ISIS out of that, but you just set everything up for something really bad to happen," said Professor David Titley of Penn State University.

The study is part of a growing body of research that shows extreme weather, including high temperatures and drought, increases violence and that climate change will become an increasingly difficult political and military question for society. "It’s a harbinger of where we may end up more in the future," Titley told Slate magazine.

BENNETT ENJOYS SURGE OF SUPPORT IN THE WAKE OF RADIO MELTDOWN

If you ever wanted proof that there is no such thing as bad publicity, then Green Party leader Natalie Bennett is it.

She enjoyed just 243 mentions on social media for the entire day before her stammering meltdown over the party’s figures to fund house-building on a radio interview last month.

True, she had the highest share of negative sentiment of all the party leaders on the day (55 per cent, compared with ten per cent positive).

But by the next day positive sentiment for Bennett increased to 41 per cent largely as a result of a comment piece in The Guardian that she could only write because of her toe-curling radio performance.

"People appreciate her honest apology as well as her admitting that she mangled the interview," says Robert Glaesener, CEO of social media company Talkwalker.

Clearly in this instance, the bigger the gaffe, the greater the platform you will be given to discuss it, which can then be used to remind people of why they might support you in the first place. 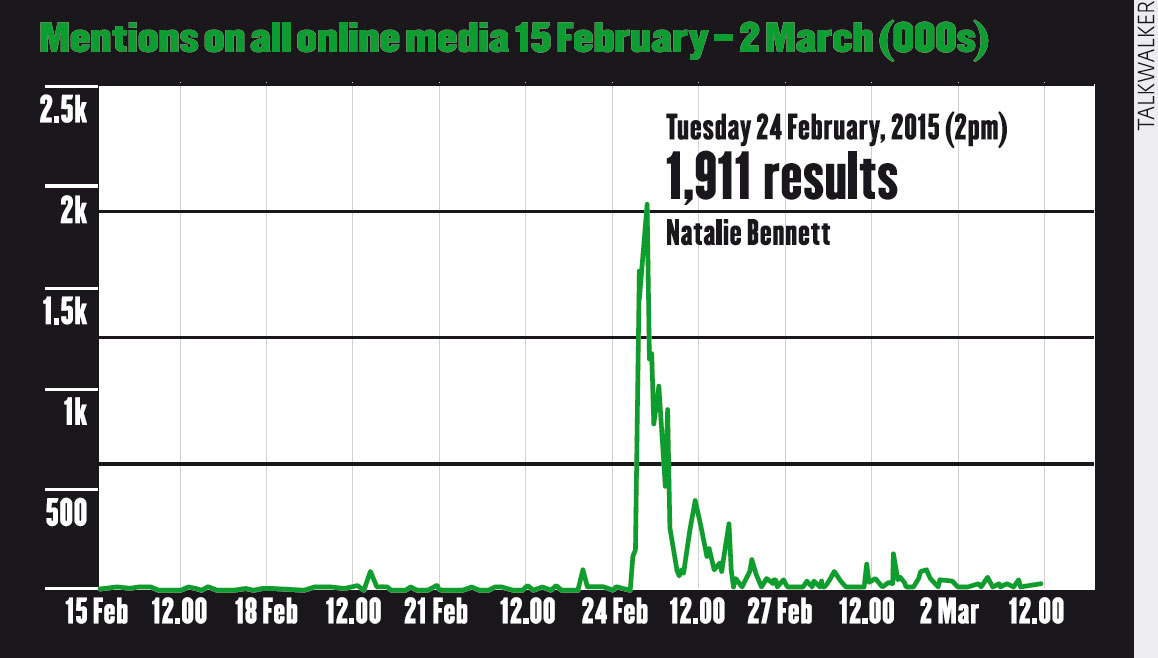