NEW YORK: ICR has hired Michael Robinson as MD and John Jannarone as SVP in the firm’s corporate communications group.

Robinson stepped into the MD role on February 2, based in ICR’s Washington, DC, office. He is counseling clients on public affairs and regulatory and legislative issues and working to strengthen the firm’s crisis and corporate comms expertise, according to a statement from the firm. 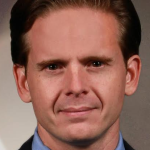 Jannarone joined as SVP this week, working from ICR’s New York City office. He is responsible for counseling clients and communicating with print and broadcast business media. In addition, he is serving as a senior resource for media strategy, media relations, and training for CEOs and senior executives across the firm’s client roster.

Both are reporting to ICR managing partner Michael Fox.

Prior to joining ICR, Robinson served as a partner at Chlopak Leonard Schechter & Associates. He stepped into that role in September 2013, supporting the strategic communications and bolstering its financial services and crisis practices.

He did confirm that Robinson left CLS at the end of last year.

Before that, Robinson worked at Levick for nine years, where, in addition to his role as EVP, he was acting chair of the public affairs practice. During his time at the firm, he handled public affairs and crisis work for clients including AIG, the World Bank, Lender Processing Services, and DynCorp.

Earlier in his career, Robinson was chief spokesperson for the Securities and Exchange Commission and director of communications at Freddie Mac.

He also served as VP of corporate communications for Friedman Billings Ramsey, spokesman at the US Department of Justice, and an aide in the White House press office during President George HW Bush's term.

Jannarone joined ICR after a career as a financial journalist with The Wall Street Journal for eight years and most recently, CNBC, where he was a senior writer.

Robinson and Jannarone were not immediately available for comment.