Growth hacking is about taking methods that are already known and fully utilising them and, when lucky, finding new ways to combine them for great effect. The term puts a focus on stepping outside of your comfort zone and learning and using new methods in a smart way.

One of the traps we fall into when becoming ‘experts’ in our field is how much we refine skills and knowledge in order to make us the best. Becoming the best means we have actually created barriers to success because our thinking can inadvertently become siloed—this is the antithesis of growth hacking.

Social media was a game changer that shook the confidence of even the most experienced and successful of media executives. Almost overnight the lines between online, offline, journalists, bloggers, SEO, SEM, organic, advertising and user-generated content all became horribly blurred. What’s more, control of results largely resided with algorithms that changed based on consumer ‘fan’ behaviour, over which nobody has much control. The days of a press pack being handed out at a press conference and then showing up in all the right print channels almost letter perfect are gone, as well as diminished in their power.

So how do you make growth hacking work in PR? As the description implies there is a virtual limitless number of ways to make it work. But limitless isn’t very helpful, so here are some guidelines.

For most PR agencies, growth hacking will not be as extreme or ingenious as a brand’s efforts might be (see Red Bull and AirBnB examples below). But don’t take that as a limit. Attempts to change the environment to fit your goals are the right course of action.

Paid media has long been the mainstay to get quick and impressive results. But time has shown diminishing returns are the only constant with paid media. As competition for limited ad space whether on television or Facebook increases, costs go up and results go down. Never before have we had so many media choices, tools to leverage them and access to consumer data. PR winners of the future will be smart growth hackers, even if we still call them PR agencies.

Companies that have used growth-hacking to great effect.

Red Bull energy drink has turned product marketing upside down. The company is on record as saying it effectively doesn't need to spend money on advertising because it is interesting enough, and this seems to be true. Warner Brell, MD of Red Bull Media House N.A., says:

What we do always has to come with some form of pay check, whether advertising, licensing or a coproduction deal.

Red Bull has created the ultimate "pull" where what it creates now brings media, marketers, publishers and consumers to it. It has have created something truly unique, a long-term content strategy that stands on its own and independent of the product, but inextricably linked to the product.

AirBnB is the explosive platform for booking holiday homes, rooms or even a couch. With a valuation estimated at over US$13 billion, the company has clearly demonstrated the value of growth hacking. Two co-founders, Brian Chesky and Joe Gebbia, back in 2007, unable to pay their rent, came upon the idea that went on to become one of the most talked about growth hacks in the industry.

After raising US$30,000 by selling boxes of cereal at conventions (yes cereal at conventions) they launched Airbed and Breakfast, which we now know as AirBnB. Their growth hack was to tap into an existing base of customers that was already familiar with their business model: Craigslist. Craigslist is the multimillion-subscriber forum for all things to buy, sell, trade and anything else. In the US this was the primary place people went to post houses, apartments and rooms for rent or sublet. By tapping into Craigslist the founders were able to access hundreds of thousands of potential subscribers almost instantly. They built a unique app that auto posted to Craigslist, and persons posting on Craigslist were targeted with an attractive offer: 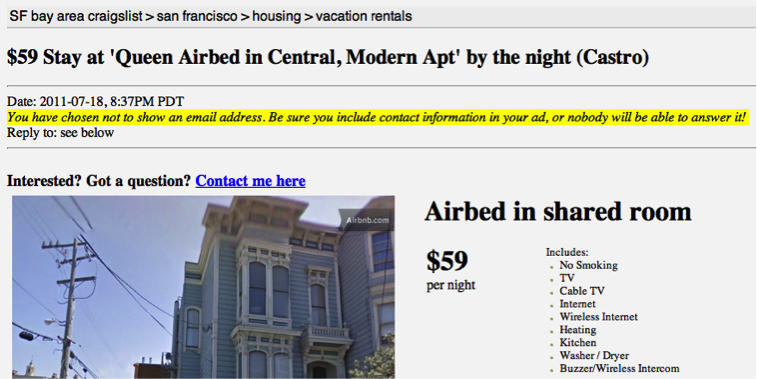 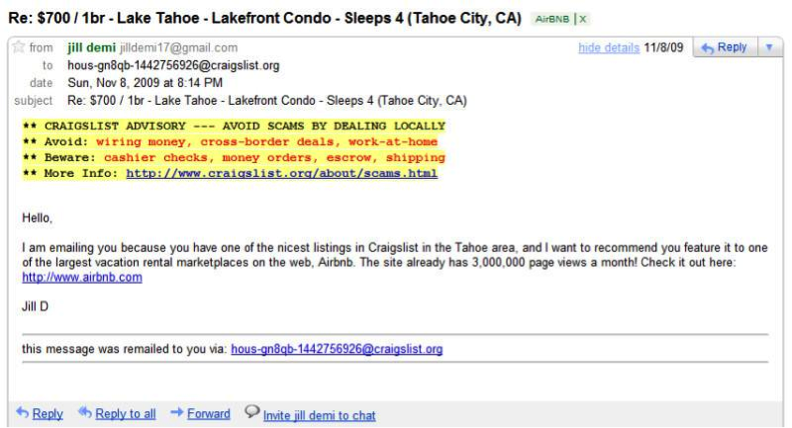