FedEx’s business cycle is like a roller coaster. It has significant ups and downs throughout the year that peak every holiday season. The zenith takes place in mid-December, when the company expects to ship more than 22.6 million packages in one day. That’s more than double its average daily volume of 10.5 million.

The seasonal activity fulgurations are a challenge for the company’s logistics experts, pilots, and drivers, of course, but it also provides a number of hurdles for the shipper’s integrated marketing and communications team, which Patrick Fitzgerald has overseen for the past year and a half.

"I would describe it as more of a change in activities. We’re doing significantly more interviews about e-commerce and other business considerations around the holidays because we are a significant service provider," says Fitzgerald, the company’s SVP of integrated marketing and comms. "Because it is so intense, at 22.6 million packages, it is a year-round prep cycle."

2007-present
FedEx. Started with FedEx Ground as MD of communications (2007-2011). Was named VP of comms (2011-2013) before assuming the title of SVP, integrated marketing and communications at FedEx

Of course, managing marcomms for a multinational with more than 300,000 employees that often touches consumers right on their doorsteps – and overseeing a team of 330 marcomms staffers – means there aren’t many boring 9am to 5pm days at the office. Fitzgerald says "there are no typical days," but credits the global team for attentively staying on top of issues as they arise.

"With a great team and technology, the global nature of the company, and how that relates to the global news cycle, there is no real start or stop time," he explains. "Technology is helpful in that way, but a strong team around the world working moment to moment really helps."

He explains that the company did not have to actively push together communications, marketing, and other advertising disciplines as much as they began to amalgamate on their own, noting it is impossible to define his day in terms of traditional corporate comms against new or social media.

"We don’t view it in a traditional versus nontraditional way," he says. "I often say the functions are integrating on their own. For instance, with social media and traditional communications and PR it would be difficult to do it any other way. You need to view all marketing channels collaboratively and collectively when launching the strategy or even in terms or crisis or collaboration. The lines have blurred on their own."

Adapting to a changing world
FedEx has been proactive in getting its teams ready to deal with this changing world. A year and a half ago, it brought marketing and communications together into one group under Fitzgerald, who took on a different role than Bill Margaritis, formerly FedEx’s corporate VP of global comms and IR [who left at the end of December 2012] as the company’s comms leader.

Fitzgerald reports to Michael Glenn, EVP of market development and corporate comms, and Rajesh Subramaniam, EVP for marketing and comms for FedEx Services.

It also began to streamline itself a little more than two years ago, cutting thousands of jobs in an effort to increase its profit annually by $1.7 billion. Most of the job eliminations came in the company’s Express and Services units, which had been most affected by the financial downturn that started in 2008.

Those financial measures appear to be paying off. In its fiscal Q1, which ended on August 31 of last year, the company’s profit rose 24% to $606 million.

FedEx is also planning for a future in which the competitive balance could change rapidly due to a new or emerging technology. For instance, Amazon gained widespread press in late 2013 when it unveiled a futuristic plan for quickly getting packages to customers via drones – technology that would, at least in theory, cut the shippers out of the process. While critics labeled the drone story nothing more than a publicity stunt at the time, proponents have noted the widespread availability of the technology, compared to a few years ago.

Fitzgerald says of Amazon, "We view them as a customer and an innovator," but adds it isn’t the only company looking into how new technologies – including drones – can benefit the customer.

"Drones get a lot of attention, but there are other technologies that may be less visible to the general public, but no less effective in terms of delivery and sortation," he notes, adding that the company has invested billions of dollars in technology. And even if drones don’t replace deliverymen, that does not mean FedEx won’t use them.

"We expect there are other potential applications for drone technology as it relates to transportation that we can take a look at," Fitzgerald explains.

FedEx will also have to contend with the growing clout of China-based e-retailer Alibaba Group, which recently promised to invest billions to connect third parties that deliver its shipments in China. Beyond drone tech, FedEx plans to invest $1.2 billion in FedEx Ground this year around capacity and automation, including more than 70 major expansion projects.

Was it a stretch for the formerly PR-focused Fitzgerald to take over the combined role overseeing marcomms, a step up that often goes to an advertising or marketing leader instead of the comms chief? Not as much as one would think, he notes, saying, "The restructuring was more of a recognition of a benefit." In addition, he had worked in marketing in a previous role at video game company Midway Games. 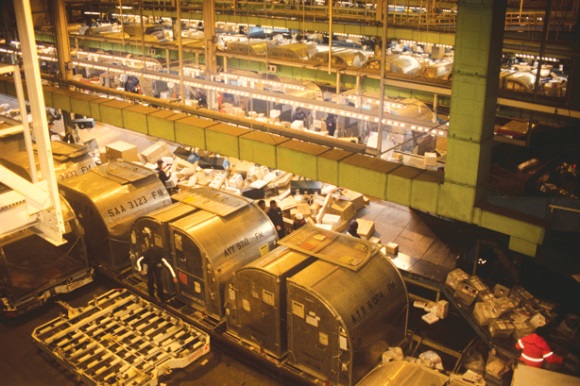 Global brand identity
At FedEx, separate departments were often joining forces across advertising, PR, marketing, social media, and sponsorships. There was no eureka moment when the company’s senior executives realized they had to quickly merge the functions, Fitzgerald says.

"We are one brand to the world, with the FedEx name being the sum total of all the experiences," he explains. "When we have a crisis, we have to respond as one brand, and if we don’t consider all the ways an individual or the collective world is interacting with a brand, we would respond from one perspective and lose sight of others. It’s very powerful to have a centralized operation to ensure the brand is well represented around the world."

Fitzgerald’s boss Glenn reiterates that entrusting a communications leader to oversee the newly merged department has worked well. He contends that safeguarding a major brand’s reputation is often more consequential than potentially bombing on an expensive ad campaign.

"You have to think about the risk-reward. If you mishandle an external communications challenge, you have substantial risk to the brand or the company," Glenn explains. "If you mishandle or if you sign off on a campaign that doesn’t hit the mark, you get another bite at that apple, but once you take a significant hit in brand or reputation, that is tough to come back from."

Fitzgerald cut his teeth in crisis communications and marketing during his six-year tenure at Midway Games as the company was transitioning from arcade-game manufacturer to the home console market. The transition wasn’t easy, as it saw a number of yearly losses en route to filing for bankruptcy in 2009.

However, one colleague remembers a young Fitzgerald, only a few years out of college, keeping his head as more senior teammates were reduced to tears during Midway’s rougher patches, as it moved from one end of the gaming industry to the other.

"He kept his poise and wits about him even though chaos was all around. I also remember he had the ability to find positive things out of the circumstances," recalls Neil Nicastro, former chairman of Midway. "Guys who had been in the organization were ‘woe is me, woe is me,’ but he kept cool and thought positively."

"He understood the whole picture and saw how everything fell into place," he says.

Since exiting Midway in 2001, the University of Indiana alum has also worked at Edelman, Ketchum – FedEx’s primary PR agency partner – GNC, and Mylan Laboratories. The agency-side experience helped Fitzgerald understand the other side of the business, but gaining experience with other marketing disciplines was key, he recalls. In terms of agencies, FedEx also maintains a relationship with BBDO, its main creative firm.

"You have to be in a constant learning mode throughout your career," Fitzgerald states. "It is a great opportunity for organizations such as FedEx because of the evolving nature of marketing. It’s a great opportunity for us to do more and be more targeted and efficient. It requires an approach that is focused on expanding the brand in new and different ways."

Handle with care
Years after Midway, Fitzgerald again has to consider the bigger picture beyond comms at FedEx. After moving into his current role, Fitzgerald also stewards the company’s extensive sports sponsorships, including those with the NFL. In one of its more noticeable brand associations, consumers can visit NFL.com to vote for the FedEx Air and Ground Players of the Week from the league’s best performing quarterbacks and running backs. The shipping company also sponsors the PGA Tour’s FedEx Cup and NASCAR races and teams. 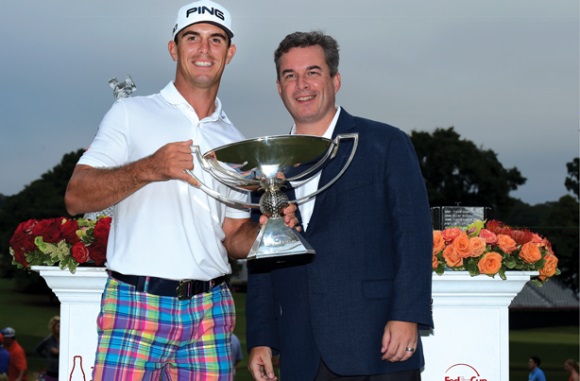 While Fitzgerald says FedEx’s crisis comms tenets are to focus on clear, transparent, and rapid response, last fall he and other executives also had to keep an eye on how the NFL dealt with its own crisis fallout from the Ray Rice scandal.

Critics originally found fault with the league for suspending the former Baltimore Raven running back only two games after a domestic violence incident involving his wife. But the league was forced to backpedal after a damning video emerged of the incident months later.

"We monitored the developments very closely and collaborated with them in terms of actions being taken, and we supported the league’s efforts as it related to personal conduct and putting an end to domestic violence," Fitzgerald says. He adds that the company never considered terminating its deals with the league.

Shipping content
FedEx gets its message to the public without relying on the media filter by using its owned platforms, such as the FedEx Blog, and sharing content on social channels such as Facebook.

The portal contains a range of stories, from help for office employees to gift ideas for pets. They sometimes strike a more serious tone. Recent entries describe a ride-along with a deliveryman, also a veteran, talking about how his military training helps on the job.

"With everything happening in the world, there are some opportunities based on who we are as a company," said Fitzgerald. "Through the winter storms in Buffalo, we had couriers rescuing people from their vehicles."