"Money alone will not keep/attract talent, said Emma Dale, co-founder and managing director for Asia at Prospect, in her comments on the report’s findings.

The survey analysed 464 useable responses from an initial pool of over 6,000 public affairs and corporate communications professionals across the Asia-Pacific region. 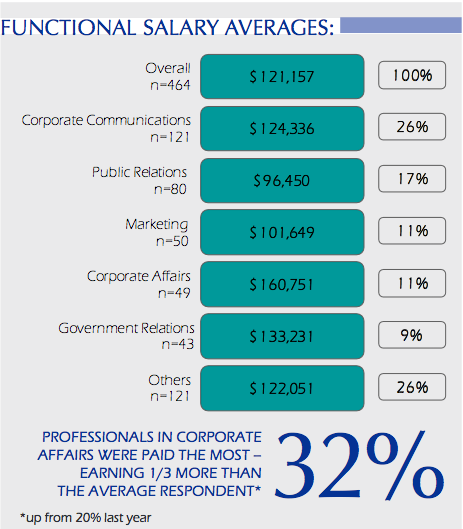 A greater desire for training was one of the key call outs from the study. The number of training days respondents claimed they received was only 2.7 per year, which fell from 3.2 days a year ago.

That lack of adequate guidance and orientation could be a contributing factor to the middle-of-the-road job satisfaction the study found. Overall satisfaction with the quality of management scored 6.2 (on a scale of zero to 10). People in Singapore showed the least satisfaction with management (a score of 5.9). While in China the source for discontent came from colleagues, also recording a 5.9 score.

But respondents in Hong Kong were most unhappy with benefits – coming in at 5.3. Australia and New Zealand scored the highest for benefits but still only produced a score of 6.1. That distinction of location was also a factor in earning potential.

"For example," the report says "an in-house practitioner working in a corporate environment in Australia can earn three times more than one in South East Asia."

For PR professionals also report that housing allowances are clearly in decline. Only 14 per cent claimed they receive any financial support for their accommodation costs. On the other hand the most common benefit reported was private healthcare, which 60 per cent of respondents across the region said they do receive. The highest concentration was in Hong Kong and Singapore, while the lowest was in Australia (where there are state-supported healthcare services).

And true to Dale’s assertion about the importance of less tangle benefits to communications professionals, the study highlighted a rise in "lifestyle benefits", such as a stocked fridge, fresh fruit, chocolate bars, massages or art classes are more widely available in the office.

In study data Hong Kong and Singapore appear to be emerging as regional agency hubs. More than half of respondents in both cities were in agency roles. Over the past year, the report states, more agencies have opened regional headquarters in Singapore versus Hong Kong. Agencies cluster in each city for different reasons. If there is a huge focus on China, Hong Kong becomes the logical choice.

The study also found a persistent issue in the industry has yet to abate. Based on response data, unequal pay across genders is still a problem; men earn 36 per cent more than women (US$136,683 versus US$100,444 on average).

In China, the earning gap was most apparent: Women bring home 53 per cent less on average than men.

The case is the same across the globe, but for Asia the study theorizes two main factors. Women, it says, "find it harder to demand a higher salary than men, who are more aggressive in salary negotiations."

A second reason it offers is that when women choose to have a family and step out of their careers, coming back in can be challenging. Staying out of the race for any amount of time puts you behind peers. The same would hold true for men but men leave the workforce for childcare reasons far less often.

Getting back into the market can mean taking a pay cut just to get in the door. Meanwhile peers that stayed (mostly men) moved up the corporate ladder, gaining pay increases along the way.

"Overall economic market conditions are stable, but employees in corporate communications are not receiving large pay increases or bonuses to compensate for their relatively long hours and lack of work/life balance," Dale wrote. "Companies also need to be far more creative with benefits and examine how attractive their working environment is to attract and retain staff." 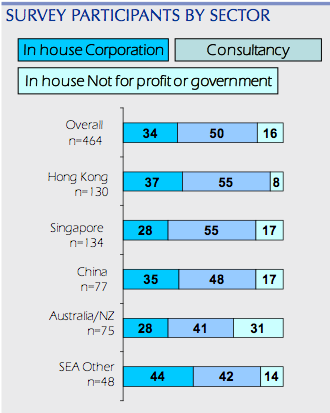