This is the fourth year that 10 Squared has participated in the event. As an agency that specializes in fashion and beauty, incorporating its background with philanthropic efforts is something 10 Squared is passionate about. 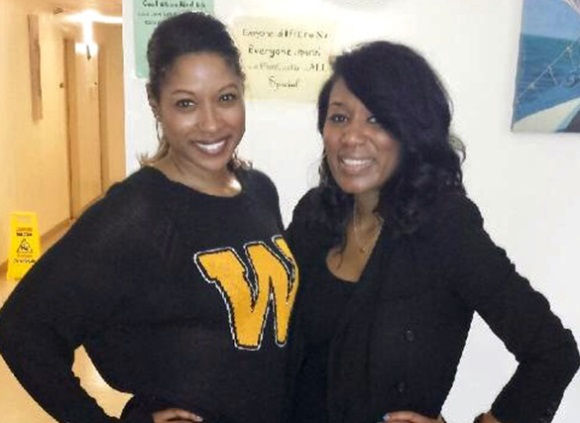 Burson-Marsteller
Burson-Marsteller teams around the world are participating in charitable activities during the holidays. For example, Boston employees volunteered with Hale House and Barnard Services, an organization that provides private rooms, meals, and 24-hour care to 56 elderly men and women. The team spent time with the residents playing bingo. In Australia, staffers collected children’s toys and books for The 2014 Smith Family Toy & Book Appeal, which aims to deliver more than 43,500 new toys and 29,000 books to underprivileged children throughout the country. 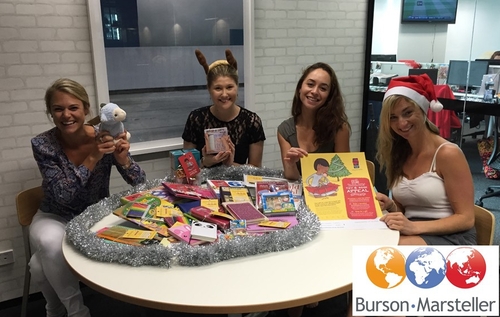 Cohn & Wolfe
Cohn & Wolfe tapped into its childlike curiosity to give back this holiday season. More than 100 people in the New York office donated new, unwrapped toys to support Toys for Tots, a program run by the US Marine Corps Reserve that distributes toys to children whose parents cannot afford to buy gifts. After resisting the temptation to play with Hot Wheels and Barbie dolls, a group of agency staffers donned Santa hats and brought the toys to a collection point in the Flatiron district.

This effort was part of the firm’s Every Wolfe Has a Heart program, in which staff members nominate charities to support each month. 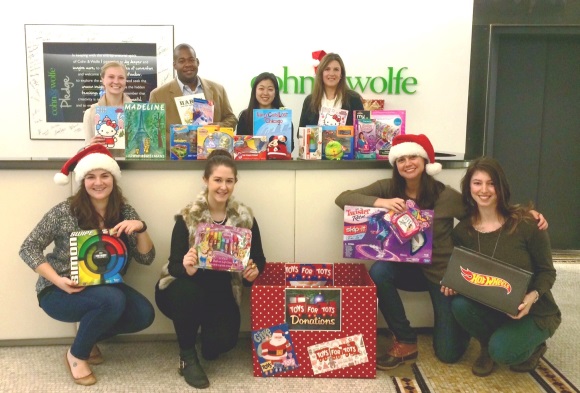 Coyne PR
Coyne brought the agency’s swear jar, which collected change throughout the year from employees who swore, to the nearby Salvation Army donation point and poured out more than $1,500 into the red kettle. The Salvation Army bell ringer loved the idea of emptying the swear jar, saying, "Many children will benefit from this donation."

Current
Inspired by the work of client generationON and its Joy Maker Challenge, Current partnered with local organizations to give back this holiday season. Efforts included publicizing a Brooklyn school’s holiday cards for the community; building holiday hope chests in San Francisco; and conducting a clothing and book drive in Chicago. 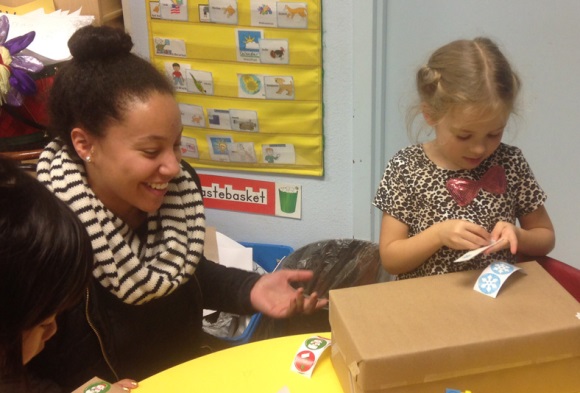 Havas
Each year, Havas employees volunteer as Secret Santas for about 150 children and teens, granting the wishes they’ve asked for in "Dear Santa" letters. The agency then hosts a gift-wrapping session, where employees can wrap and label their gifts. Through its partnership with Coalition for the Homeless and The Single Parent Resource Center, Havas’ efforts benefit children who live in New York City homeless shelters and teens who come from single parent families – many with a history of homelessness, substance abuse, and incarceration. 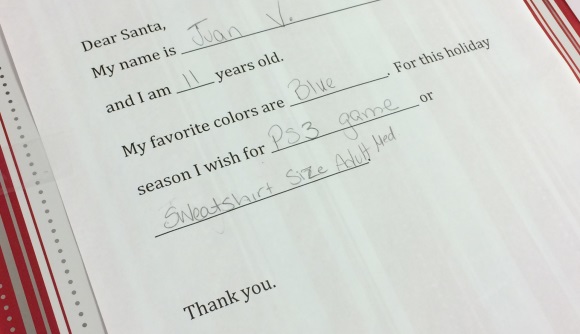 Imre
Imre is giving back this holiday season in the form of a virtual snowball fight to raise money for Our Military Kids, which provides grants to children of military families so they can participate in extracurricular and tutoring programs. To create a snowball fight, users visit IMRESnowballFight.com, where they select one employee as the thrower and another as the target. For every fight created, Imre will donate $5 to Our Military Kids, and an additional $2 for every social share. The goal is to raise $10,000 by the end of 2014. 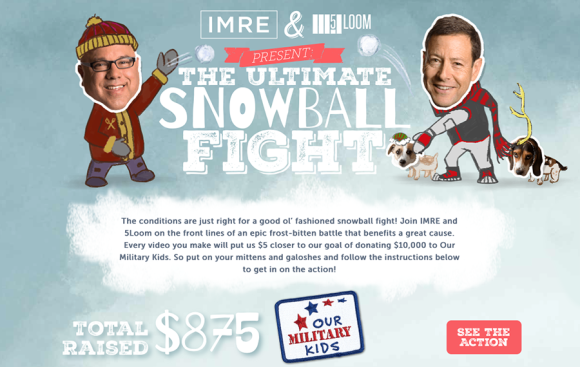 March Communications
For the fifth consecutive year, March Communications organized a toy drive to benefit less fortunate children. The drive began on December 5 and will run until the 19th. This year proceeds will go to the Toys for Tots Boston chapter. Since March’s headcount has grown, its goal is to double the number of toys donated this year. 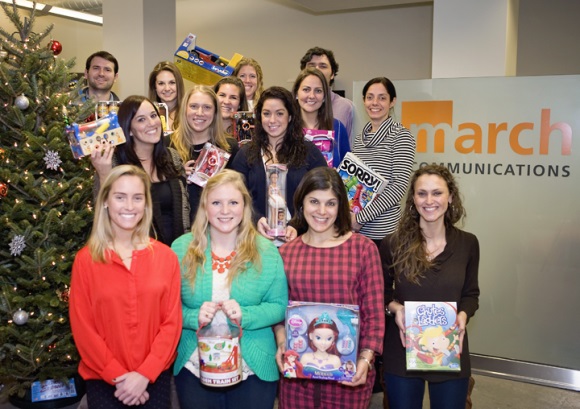 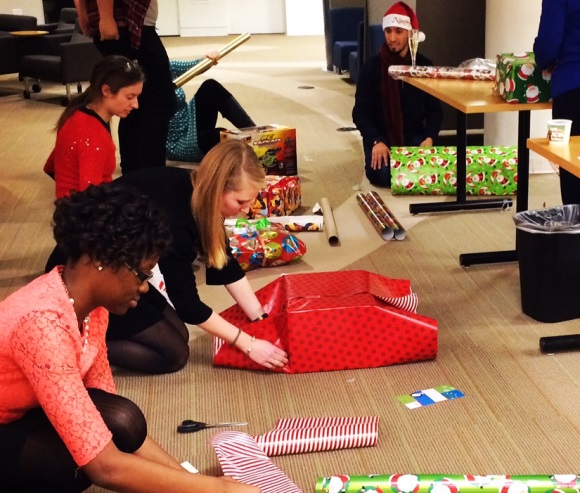 Ogilvy PR
For more than 13 years, Ogilvy PR’s New York office has partnered with the Children’s Aid Society on its Snow Angel Holiday Drive to provide gifts to preschoolers whose families may struggle this year. Knowing that these may be the only gifts that the children receive for the holidays, employees make an effort to include special items mentioned on the kids’ wish lists. 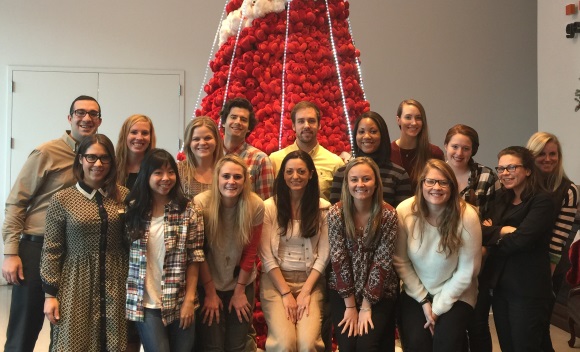 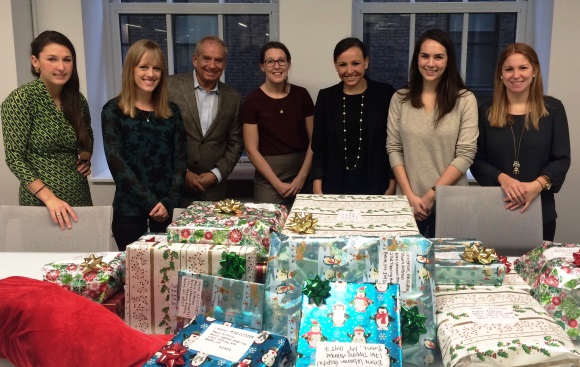 Shift Communications
Shift’s New York office has teamed up with Operation Santa Claus to sponsor 10 children and their families. In response to Santa wish lists, the agency is sending a range of gifts, including bicycles and baby clothes, to children in need. Another group of New York staffers has volunteered at FEDCAP to assist the unemployed in finding jobs by lending counseling, computer skills, and knowledge of the job application process. Shift began the program in early December and will continue weekly rotations through the New Year. 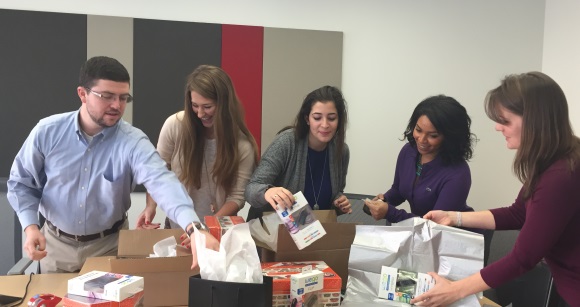 Sparkpr
Over the past month each of Sparkpr’s three offices have participated in company-sponsored volunteer activities. On November 14, 15 New York employees toured the Ronald McDonald facilities to meet children and their families and help prepare mailers for upcoming fundraisers. A few weeks later, the East Bay Emeryville office in California supported the Alameda County Food Bank, rolling up their shirtsleeves to sort through bins of donated goods.

On the PR side, senior director Jeff Koo assisted with promotion and logistics for the unveiling of the World Tree of Hope in San Francisco, including securing commencement speaker Margaret Cho. Finally, Sparkpr’s San Francisco will volunteer at GLIDE at the end of December to prepare meals to be distributed to the hungry. 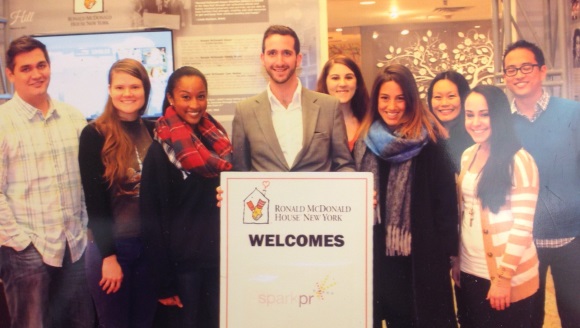 Waggener Edstrom
Waggener Edstrom expects up to 20% of its employees to volunteer at least 450 hours over the holiday months. Throughout November and December, staffers have volunteered with organizations including Hopelink, Kids Company, La Casa de Las Madras, the Oregon Food Bank, and Medical Teams International to contribute to the health and sustainability of the communities where the agency does business. 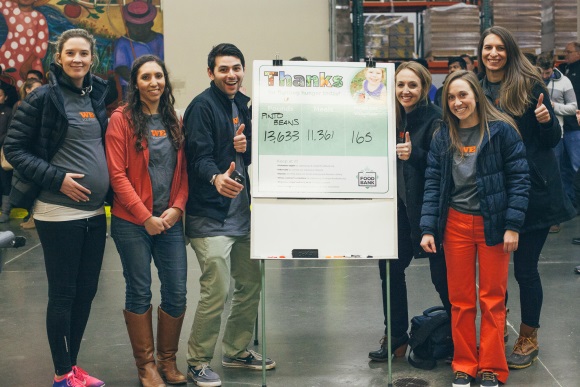