After completing his paper on ‘Brain. Behaviour. Story.’, for which he was awarded his third WPP Atticus award in June, Christopher Graves, global chairman and CEO of OgilvyPR, hopes to disseminate his findings throughout the agency. Campaign Asia-Pacific sat down with Graves on a recent visit to Hong Kong.

Why do PR and advertising need science?

Our agencies often face having to change mindsets. But if you go into it the way most agencies do, they try to be clever, or they do a bit of traditional message testing. But they don’t understand the hundreds of ways they backfire. Science can illuminate and highlight the positives and negatives of an approach, which in turn informs the creative. So often we get asked by clients to help them build a cause or a movement maybe around purpose branding or CSR. If they catapult themselves into the messaging without understanding this part, things can go very wrong. 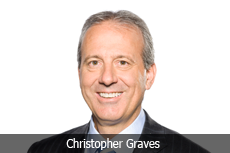 Why hasn’t this been done before?

No one else is an insane as I am or as obsessed as I am. This paper is seven years of research digested and translated for the lay person. I’d also like to be clear that this isn’t neuromarketing—that’s correlative at best. This is based on solid research papers across scientific practices such as neuroscience, behavioural science and psychology.

What makes your paper stand out?

No one was really connecting the verticals towards communication. For example, let’s start with changing someone’s mind. Why is it so hard? The solution lies in the narrative theory part of it. Scientists like Raymond Mar and Melanie Green, who are narrative theory experts, found that great pieces of fiction have the capability to generate mirror neurons. Mirror neurons, something scientists think is one of the greatest discoveries, are the roots of empathy. They were discovered in a neuroscience lab at the University of Parma in the early 1990s. What they learnt was that, if I were to pick up a tall glass of cold water, my brain would activate the motor skills necessary for me to balance it without spilling. Yet, by merely watching me, your brain would mirror me, activating the very same parts of the brain even though you are not picking up anything.

Then Uri Hassan, assistant professor at the Princeton Neuroscience institute, found that when listening to a story, the listener’s brain did indeed mirror the teller, but at a slight delay. But as the story evolved, the listener mirrored the storyteller synchronously with no delay.

Meanwhile. Raymond Mar, a psychologist at York University in Toronto, found that as we read text, our brain simulates real-world aspects triggered by the text. He went on to say that immersive stories are quite effective at changing minds.

Finally, professor of social psychology and researcher on narrative transport, Melanie C Green wrote that despite the belief that individuals formed their beliefs based on fact… data confirms that individuals often base real-world judgements on fiction.

Now how can you combine all the silos and use this in a narrative? What language, what technique can you use to make people fire mirror neurons? The answer could lie in the ‘identifiable victim effect’. Which is basically the only thing Stalin and Mother Theresa agreed on: that individuals are more likely to feel empathy for one person than for a large vaguely defined group with the same need.

To read examples of how these concepts play out, and hear how Graves plans to spread his ideas throughout his very large organisation, please see the full article on Campaign Asia-Pacific.