Each bear has been designed by a different celebrity, actor or artist, including Hugh Bonneville, Peter Capaldi and Nicole Kidman who all star in the new film. Other designers include Benedict Cumberbatch, Boris Johnson and the Chelsea FC team.

The Paddington trail will take visitors across London, with locations at Heathrow, the 02 Arena, Horse Guards Parade and Paddington Station. The statues will be set up overnight, ready to be revealed tomorrow morning.

The trail finishes at Selfridges, the retail partner for the promotion, which will sell Paddington merchandise from a pop-up store, the Paddington Curiosity Shop.

The bears, which are three foot six inches tall, have been created by design company 3DEye. The trail runs from tomorrow until 30 December, after which each bear will be auctioned off to raise money for charity partners including the NSPCC and Action Medical Research for Children, for which Paddington is the official mascot.

Visit London has also created a dedicated section of its website where visitors can download a trail map, share pictures and read more about the stories behind each statue. Visitors are encouraged to share their experiences on social media using the hashtag #PaddingtonTrail. 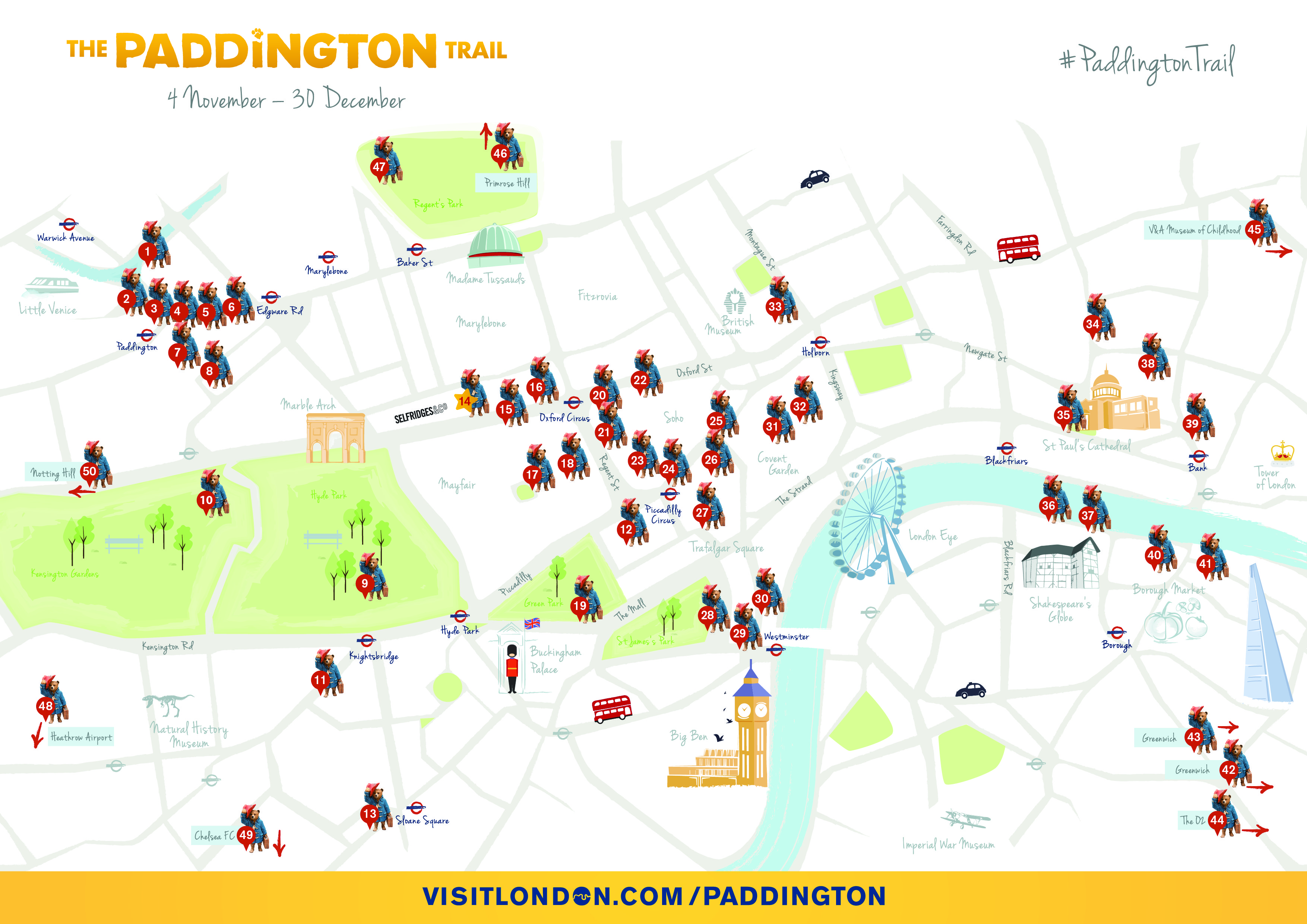