The Mail on Sunday claimed that the £45 T-shirts branded ‘This is what a feminist looks like’ have been made by migrant women in Mauritius paid just 62p an hour and sleeping in rooms of 16.

Women’s rights charity The Fawcett Society, one of the campaign's backers along with Elle magazine, said that if any evidence was found of mistreatment of the garment producers, it would ask Whistles to withdraw the range and donate part of the profits to an ethical trading campaigning body.

In a statement the charity includes an email exchange with Whistles in which it questions the origin of the garments: "We were a bit surprised to see that they were made in Mauritius – Elle had told us that they were going to be completely manufactured in the UK."

In the email response, Whistles assured the charity of the ethical credentials of the Mauritian factory, which is part of a multinational company, CMT.

Whistles is currently investigating the claims and is in talks with The Mail on Sunday’s lawyers.

In a statement Whistles said: "The allegations regarding the production of T-shirts in the CMT factory in Mauritius are extremely serious and we are investigating them as a matter of urgency.

"We are committed to ensuring that our products are safe for consumers’ use and manufactured under safe, fair, and humane working conditions."

The T-shirts have been worn by politicians Ed Miliband, Nick Clegg and Harriet Harman to promote the campaign.

In a statement, Elle said: "The T-shirts are part of a rebrand of Elle magazine's feminist campaign, which aims to shed negative associations with the word 'feminist' by showing that men are happy to support equal rights for women.

"It was key for all three brands – ELLE, The Fawcett Society and Whistles – that the T-shirts were produced ethically, and we were assured that the CMT factory, which is used by several major British retailers, was chosen specifically for its award-winning world class ethical and environmental policies. We are liaising with Whistles as they look into the newspaper allegations." 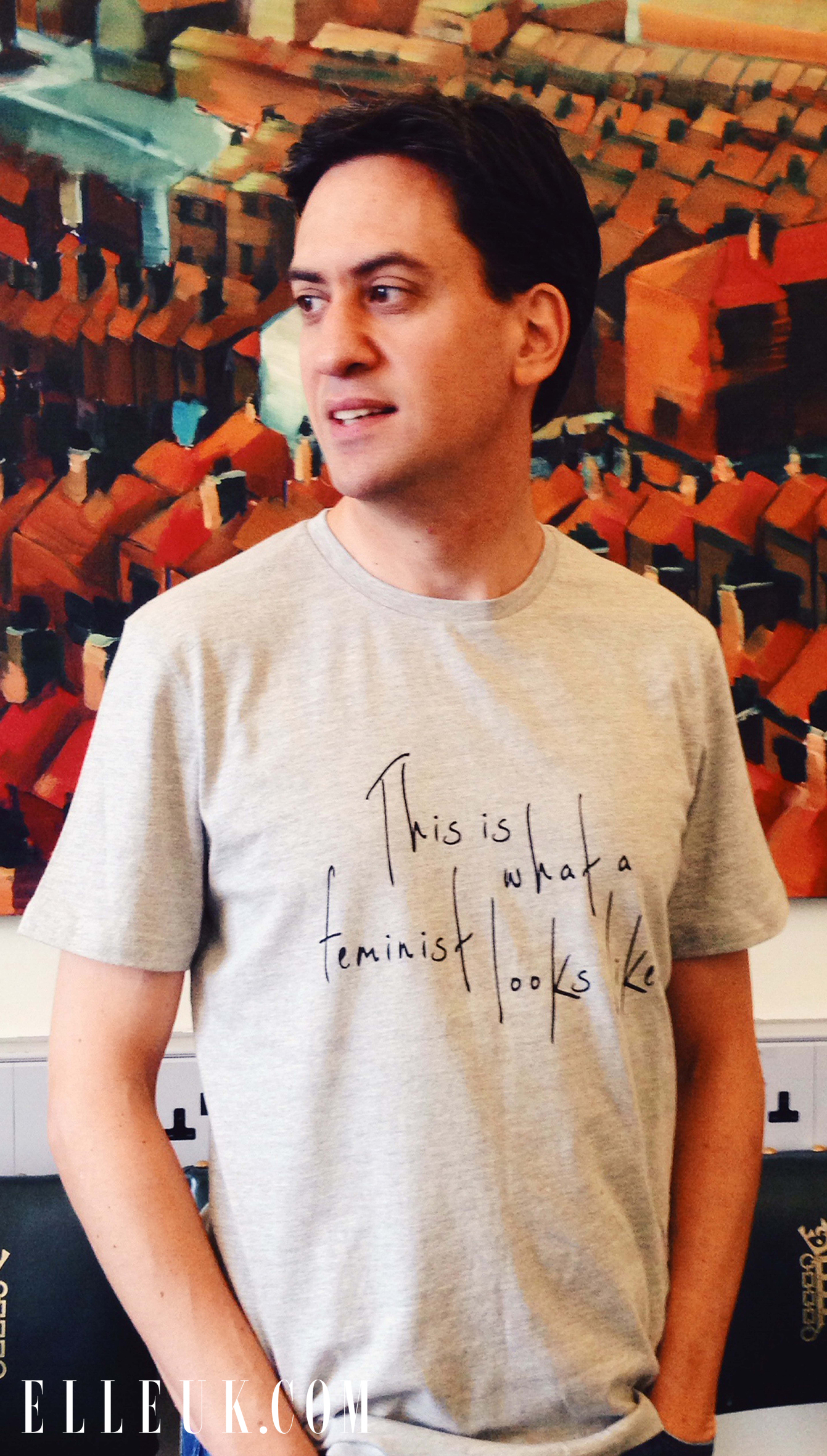