The world’s most powerful marketing services executive is usually referred to as an ‘ad man’. (Ironic, when the advertising world has always viewed him as a ‘bean counter’. This is because, apart from building the world’s biggest group of marketing consultancies, Sorrell is most famous for starting out as finance director for iconic ad agency Saatchi & Saatchi and then – via WPP – buying out legendary advertising firms Ogilvy & Mather and J Walter Thompson.)

Comms firms only contribute ten per cent of WPP’s profits, despite the acquisitions of PR stalwarts such as Burson-Marsteller and Hill + Knowlton.

And Sorrell rarely talks about PR. Maybe he was just too busy interpreting the media landscape – quite justifiably considering WPP’s awesome media buying power – or the ‘grey swans’ threatening the world economy.

I was also aware of the worrying narrative in the marketing world; that social media and online reputation – long the real drivers of revenue growth for PR firms – have risen up the agenda of advertising, media and digital shops. Was PR’s great white hope being seized by those annoying advertising cousins with bigger budgets, flashy offices and Soho specs?

It turns out Sorrell doesn’t think so.

He is scathing about other disciplines’ claims to be acquiring PR’s classic editorial skills and conversational marketing.

On the contrary, he believes if comms specialists play their cards right the world is not enough. He recognises effective marketing will more closely resemble a political campaign than an ad campaign. One needs to be continuously mobilised and answerable in today’s media world. Effective and efficient organisations will surely converge their bought, earned and owned media strategies and, crucially, underpin them with a genuine narrative about their vision and ethics.

Great comms specialists can, must, take a lead on this. Sorrell sees evidence that indeed it is happening. Of course it’s a lot to live up to. How many political bodies, let alone commercial organisations, can be as authentic, integrated and efficient as this model requires? 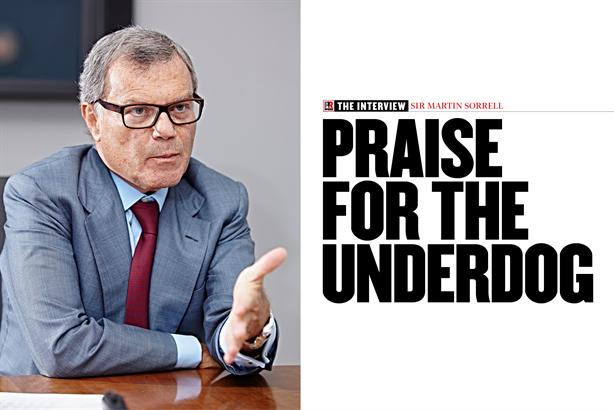 PR professionals are naturally bestowed with the necessary outlook and access to improve corporations’ fundamental behaviours. And by doing this they can transform their comms and ultimately their reputations. I would argue that this is a cause, and a commercial prize, well worth pursuing.

PR professionals are naturally bestowed with the necessary outlook and access to improve corporations’ fundamental behaviours. And by doing this they can transform their comms and ultimately their reputations. I would argue that this is a cause, and a commercial prize, well worth pursuing.