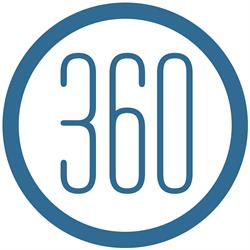 It wasn’t that long ago that the internal PR leader and communications agency were dead last to the proverbial marketing party. Typically, the ad agency had come in months prior and was in the final stages of presenting the campaign when the PR team was called in to dovetail a strategy that would extend the call to action. Even if it was an uncomfortable fit – think about those jeans you have outgrown or just shouldn’t have been wearing in the first place.

Smarter brands understood the value in inviting their PR partners to join the discussion at an earlier stage. But while the communications team contributed to the launch strategy, and sometimes created it, often the money didn’t follow: "Integrated" mostly referred to the media buy. That limited what PR was able to deliver.

Today, there’s a shift underway that is having a real impact for forward-thinking brands. It’s not so much the jump ball we have been lamenting, with multiple agency partners fighting it out for digital turf and control of the sexiest part of today’s campaigns. Leadership brands are turning to their PR partners first – asking them to drive the development of their next campaign, including getting all of the players working together.

Why, and why now? No matter how brilliant and inspirational the creative from advertising and digital agencies, that creative can be disconnected from a richer brand narrative. The right brand narrative has the potential to live far beyond a finite campaign – to fundamentally lift a brand.

PR practitioners are skilled in developing that narrative. We embrace it in fact, connecting the headline to a story that’s believable, supportable, sustainable, and conducive to two-way dialogue. PR firms also deliver what comes next: "The goods," such as social engagement, video, and sampling events, the list goes on.

All of that, importantly, stems from and connects back to the brand story. Whether the PR partner is charged with all or some of the executional elements, as strategic communicators, we are trained to take a macro view and help brands knit together all of the elements for a cohesive campaign. Today, for all the right reasons, PR is not just taking a seat at the table. We are arriving early, responsible for getting the party started, and for sustaining it.

Laura Tomasetti is CEO and founder of 360 Public Relations.

A devastating development for women’s rights