NEW YORK: The majority of mothers, especially those who are Millennials, are thinking about disconnecting from social media, according to a study by Current Lifestyle Marketing released Wednesday.

More than half of the moms surveyed (53%) are considering taking a break from social media, while 60% of Millennial moms said they want to cut back on platforms such as Instagram and Facebook.

Millennial moms listed some of their reasons for wanting to disengage with social media as an overabundance of marketing content from brands, annoying invitations, and people sharing too much information.

The survey, which was conducted online by Impulse Research in August, gauged responses from 1,004 mothers age 18 and older. It also revealed that 61% of Millennial moms feel too much pressure to "curate their perfect lives through imagery and posts on Facebook, Instagram, and other channels."

"Many brands are using aspirational content to engage consumers, [but] when taking a different approach, using humor or pragmatism may be a much more effective approach to truly move the needle," said Amy Colton, EVP at Current.

Colton warned that brands "can’t just throw content up on a channel and try to start talking to people." Instead, she said they should hone in on specific mom targets, such as Millennial mothers, and create experiences on the right channels for those audiences.

For example, Colton said mothers between 18 and 24 years old largely do not want to participate in events on social media (47%), but they do want humorous content (51%).

Broken down by ethnicity, one out of three Hispanic mothers surveyed said the gamut of social media channels is too much to manage and they do not want to be tied to technology, according to the research. More than half of Hispanic moms also said they are sick of being excessively solicited by brands.

African-American mothers were less likely to disconnect from social media, at 38%, the study stated. 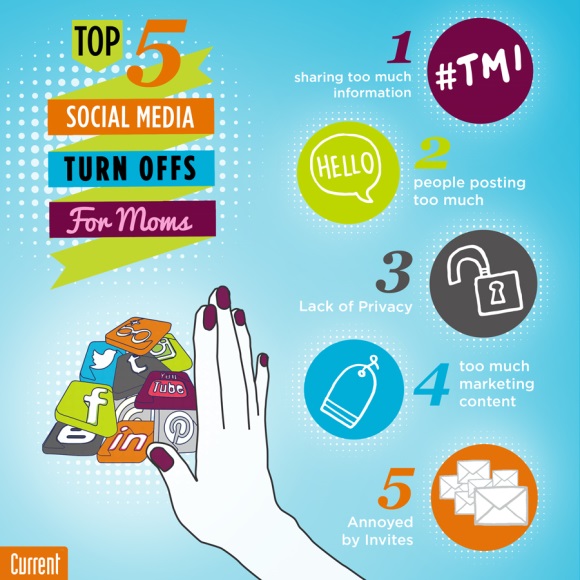