While the markets have reacted positively to President Xi Jinping’s announcement calling for the integration of traditional and new media into a new diversified and ‘influential’ communication system there remain questions about what this may mean for the business of public relations in the country.

Xi told the fourth meeting of the so called "Leading Group for Overall Reform" – the country’s apex strategic planning body on Monday (18 Aug) that traditional media and new media must complement each other and their integration should cover content, channels, platforms, operations and management. As if on cue, the very next day shares of state-controlled media outfits rose sharply on the expectations that these firms may see fresh injection of capital and reforms. The Shanghai Securities Times said it expected more resources will be pumped into the likes of Xinhua, Chinese Central TV (CCTV) and People's Daily, while non-state new media groups will be encouraged to "build closer relations" with their state-run counterparts.

PR pros have cautiously welcomed this announcement. "On the one hand, social media will become more credible and accurate as a result, while on the other, practitioners, bloggers, etc. will be more careful when disseminating news via social media; weary of greater monitoring and/or possible regulatory actions," says Richard Tsang, chairman, Strategic Public Relations Group.  "We still don't know what type of media groups will emerge, but I expect a few mainstream social media clusters will be formed or consolidated," he told PRWeek. "It could also be the formation of a few media groups that combine traditional media and social media."

Bob Pickard, chairman, Asia-Pacific, Huntsworth believes the competition between these groups could have an "explosive" commercial potential. "I believe we will see the projection of powerful new Chinese media brands overseas as well," he told PRWeek.

"The integration will not only enhance credibility, but also increase influence of media groups," said Daisy Zhu, managing director, MSLGroup China. "There will be more opportunities for the PR agencies as new media groups may become clients and or partners," she told PRWeek. "New media groups may look to agencies to evolve their own current communication strategies and better understand new media."

But industry observers are eager to see exactly what kind of media groups will emerge following the announcement. If it results in the creation of new media channels such as Web TV then, says Jonathan Hughes, president, Golin, "for content creators like us that’s a great opportunity and positive step for the media scene in China."

"If we see dynamism projected right across the entire media landscape - with integration within and competition between new players - then exciting times are ahead for corporate communications," says Pickard. 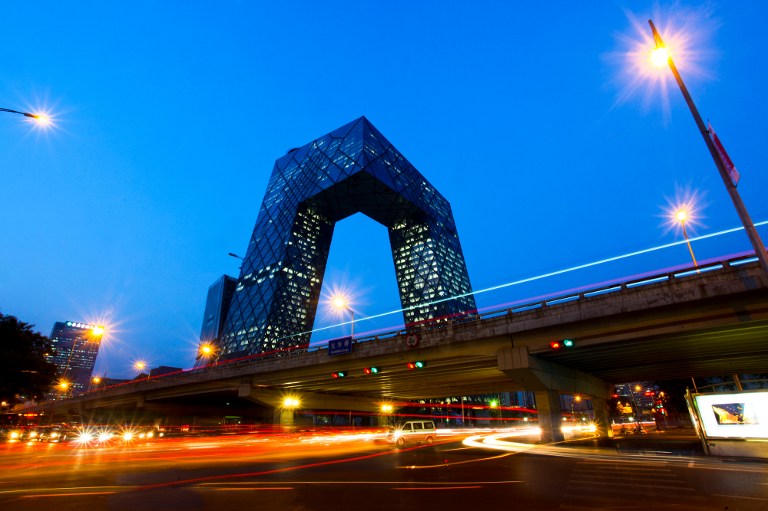 China is the largest media market in the world, and is home to over 618 million Internet users. Although access to foreign news is strictly limited China’s domestic media itself is vibrant and diverse. Television (TV) is available to 418 million households and viewers have a suite of news and entertainment programmes to choose from. As of 2013 there were more than 3,300 local, regional and national TV networks. State-run CCTV is China's largest media company. Its dominance is challenged by provincial TVs, which are on the air nationally via satellite. China is a major market for pay TV, which is almost entirely delivered by cable. All of China's 2,600-plus radio stations are state-owned. There are around 1,900 newspapers. Each city has its own title usually published by the local government, as well as the local Communist Party office.

But public discourse in China, much like elsewhere in the world, is moving away from traditional media platforms to social media. The country has 700 million smartphone users and rising. "Like their western counterparts, Chinese netizens receive breaking news via social media (Weibo and WeChat), but specifically via mobile," says Hu. "They are the new generation of hyper-connected citizens."

The Chinese president’s plans, although vague on details, appear to suggest that the Communist party and government is concerned about its ability to communicate its message effectively to its citizens and the influence of social media which has emerged as an alternative source of information and resulted in the flowering of individual opinions.

"The (president’s) remarks are a sign that senior officials in the Communist party are concerned about the future," Song Jiangwu, dean of the school of journalism at China University of Politics and Law told Financial Times.

The Chinese government has introduced a slew of new laws that are aimed at bringing unrestrained public opinion on social media under control. Instant messaging services, such as Sina Weibo and WeChat, which had rapidly evolved into de-facto news sharing platforms have been told not to carry news.

A crackdown on corruption has seen some very public figures at CCTV being brought down. This includes the arrest, last month, of Ren Chenggang, a popular TV personality and Edelman associate.

In his address Xi said the integration should be supported by technology and should follow the rules of news communication and laws governing the development of new media.

"Given what has just happened with CCTV, if somehow these changes result in a more ethical and standards-based media industry (rather than simply greater state control), then so much the better," says Pickard.

Tsang agrees. "Such developments could be good for the communications/PR industry as with both traditional and new media, professional marketers need reputable, accurate and credible platforms to reach its stakeholders," he told PRWeek. "But at the same time, it will be more demanding for PR people to attract social media practitioners to attend events, especially those bloggers who have many followers, who are expected to voice out their opinions in a more cautious manner."