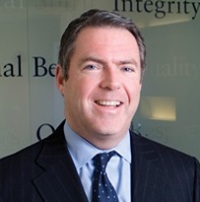 Best career advice received
Dan Edelman taught me to always have pen and paper on hand, take notes, and recap meetings back to the client – a discipline that ensures work alignment and frames the opportunity.

Career advice most often given
Always be a student of the media. Track bylines; read multiple news sources; watch the key broadcast news programs.  While there are plenty of social media options to receive news, it is important to understand how traditional news sources frame their editorial agenda.

Communications shift
During a recent call with my 93-year-old father, he nonchalantly mentioned he’d been "googling info" on someone – this from the man who when I was growing up always exhorted "reference the world book."  My, how times have changed. 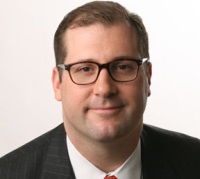 Career advice
Be curious, read everything, ask questions, never settle, and specifically read The New York Times and The Wall Street Journal every single day.  This advice will work for any communications executive regardless where they are in their career.

Media trend
The media landscape has dramatically changed in the last few years with the advent of high-quality digital-only news organizations and distribution channels that make content consumption an everywhere experience.  They deliver high-quality journalism often with a unique take or with humor or cynicism that attracts a high-quality audience aged 40 and younger.  These modern news organizations and new distribution channels – such as Quartz, BuzzFeed, Twitter, Business Insider, Mashable, Facebook, and Re/code to name a few – have fundamentally changed the creation and consumption of news and information. 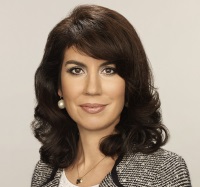 Career lessons
Shortly after landing on the [40 Under 40] list, I left PR to work first as executive producer for Us Weekly digital and then to my current role as VP of E! Online at NBC Universal's E! What that has taught me is to not "over plan" your career. If anybody had told me six years ago that I'd be living in Los Angeles working in digital content, I would not have believed them.

I always tell new graduates and young coworkers that my first job was the only job I ever really had to apply for. Every other opportunity has come from former bosses, co-workers, or business partners offering me a role because they knew my skill set, work ethic, and personality and had seen it live, in action.

Work on building transferrable skills throughout your career, don't burn bridges, and don't let your paycheck be the only measure of career success. And sometimes, you just have to jump!

Unlikely inspiration
I recently attended a Comcast/NBC Universal leadership training where Dr. Roch Parayre gave a brilliant session on business strategy using Cirque du Soleil as a case study. His advice – "Have the courage to not do the things that don't matter to your customers and use those resources to innovate"— has stuck with me. 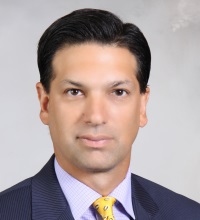 Best career advice
Listen more.  As part of that, ask more questions – of your colleagues, company’s executive leadership, clients, everyone.  Don’t worry as much about what you have to say, but pay attention to what others are saying.

Don’t be afraid to stretch your skills, take on new roles, and try different things. It’s the only way to grow.  I couldn’t have imagined when I was first on the [40 Under 40] list that I’d be a CCO in the healthcare space, but I was open to new challenges and took each opportunity presented.

Historical inspiration
I’m working on a book about the Gettysburg Address. The speech was the culmination of [President] Lincoln’s belief that the war had to be about more than just union or disunion; it had to be about freedom.  It’s a concept he struggled with for three years, but after witnessing the heroics at Gettysburg it finally clicked for him – union and freedom were inextricable and it required him to recast the meaning of the war.  It’s one of the greatest examples of inspirational messaging to meet a changing reality. 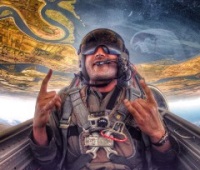 Career lessons
We are all more similar than we are different. I've been blessed to travel to 43 countries, leading PR and social for some of the world's biggest brands and largest causes. Whether you're in Austin or Africa, people laugh, smile, and cry at the same things.

Passion is the most overused, underserved word in human history. Every single one of us knows the power of following our passion, but 99% of us don't go all in on it. Most of the walls between us and our passions are self-built – our own fears, excuses, and insecurities. When we face them and overcome them, anything is possible.

If you have a dream or if you're following your passion, the path is the same for everyone. First, you have to sacrifice. After the sacrifice comes the struggle. Then after the struggle comes the suffering. After you suffer, then you succeed. Most people stop at the suffering, never realizing that they're just one step away from success... Don't stop.

How to build a brand
Great content can build your brand for you. The less you define it, the less you confine it. Give it to the people, and let them grow it for you. It will end up way bigger than you could have ever created on your own. 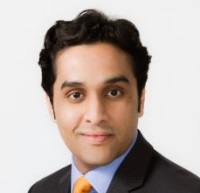 Career lessons
Take the long view. It’s important to evaluate career opportunities in terms of what you could learn from being in that particular position or company. In other words, while pay and title are important, it won’t mean much if that opportunity doesn’t allow you to grow as a practitioner in the long term.

Second, sharpen soft skills. A good part of your success in an organization depends on a) your ability to effectively lead people that may or may not be reporting to you; and b) your ability to work well with or influence key internal and external stakeholders. Building those skills is just as, if not more important than your functional skills.

Outdoor inspiration
While hiking in the Pyrenees, it was close to sunset, we were completely fogged in, and we got lost at least three times. All three times a Basque shepherd appeared from somewhere and guided us in the right direction.  It was inspiring because it further reinforced my belief that to help is one of mankind’s most innate attributes. 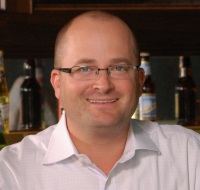 Business savvy
You must learn the business of your company or clients and know the drivers of revenue, costs, and profitability. Understand its consumers and customers, and then develop your PR plans with the specific knowledge of how it will help advance the business.  As I have transitioned to the client side, the need for a stronger business understanding is even more critical.  I still see too many PR folks who don’t stop to learn about the business that they are supporting.

Branching out
Since I was on the 40 Under 40 list, I helped create a restaurant [Nick’s Neighborhood Bar & Grill in Wilmette, IL], and what is said about the restaurant industry is true: it’s a real tough business.  But it also can be highly creative and provide a great focus group for trends. 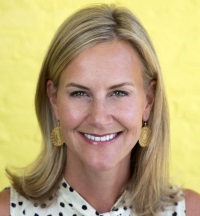 Career advice
At any point in your career, you can and should take a risk to do something you love and believe in. I've always worked hard and been dedicated to any company I've represented, but it was my job, not always my passion. The passion part is important. You can get to a point in your career where you know what you're doing, and sometimes you're even running on autopilot because you know the formula that works. It's fun and exhilarating to find a new experience that challenges you all over again and makes you second guess the template, or throw it out completely.

Everyday inspiration
Since I moved to LA, I've been riding a bright orange beach cruiser to work. Biking along the beach, hearing the waves, passing the Santa Monica Pier and rolling down the Venice boardwalk to the office is a great opportunity to listen to music and just think. It is a great way to start and end my day – mentally and physically.

Snapchat stories
Snapchat's Our Story is one of the most powerful communications moments I've seen. It was incredibly exciting to experience the World Cup as it was happening, through the eyes, well Snaps, of different people from around the world who were contributing their personal perspective live from Rio. 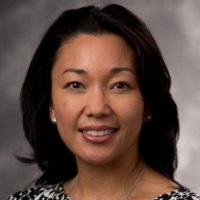 Career advice
The best way to grow your career is by making sure you grow the careers of those around you.  I remember and am grateful for the bosses and "informal bosses" (i.e. coaches and mentors) who helped guide me early in my career and those who help me now.

What is similar between my coaches and career mentors is their fast-tracked career advancement.  Each one is a strong mentor, teacher, and coach for staff. Their coaching style of leadership has produced strong teams who delivered amazing work, which got these leaders recognized and advanced their careers. I've tried to live and teach that throughout my career, which is why I was drawn to McDonald's.

[At McDonald’s] building and leveraging the talents of those we work with is part of our annual performance reviews. You can enhance your career by going the extra mile to help others. Your team's success is your success.

An industry void
What I didn't realize until I became chairperson for the PRSA National Diversity Committee is the lack of diversity within the PR and communications industry.  The Bureau of Labor and Statistics shows that only 8.7% of African-Americans/Blacks, 7.3% of Asian-Americans/Pacific Islanders, and 15.3% of Hispanics/Latinos work in the fields of advertising, marketing, and PR combined.

PRSA and the PRSA Foundation have been working to address this through several ongoing initiatives. This issue has really struck a chord with me, and I'm looking forward to being part of bringing more diversity of thought, background, and perspective to the industry. 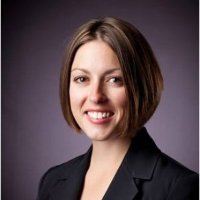 Career advice
Remember your career is yours – yours to manage, make the hard decisions, and advocate for.  Like all good projects, spend the time strategizing what you want to achieve, have a plan of how to achieve it, set numerous goals, and learn along the way as there will be successes and challenges.

Industry trend
Unique content at the forefront of campaigns is an ongoing trend that continues to stand out in the entire industry.  From the source of content to the type of content, marketing campaigns that provide consumers with new, unique content create a stronger connection to the brand and communications message.   For PR, content serves a pivotal role but can also be seen as a challenge.  Just as content needs to be different, so does the approach for PR to use content as a successful asset.  It will be a trend to continue to watch to see the creative ways PR works with content. 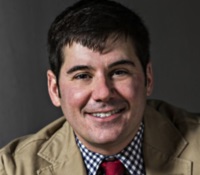 Career advice
Become more comfortable taking risks as you progress in your career, because the norm is the absolute opposite. You’ll always have fun, and will hopefully stay a maverick who’s not afraid to shake things up in a big way. Your soul will thank you.

Inspiration
I’m inspired by Austin [where Brown relocated for his new role at Spredfast]. Every day I meet people with really interesting life paths who are collaborating and sharing to do something creative on a scale I haven’t seen anywhere else.  Despite being one of the fastest-growing cities in the country, Austin isn’t afraid to seize the opportunities that come with smartly-managed growth.

Communications moment
This year’s World Cup was exceptional, and I was particularly impressed by the high quality of digital activations and excellent content published by brands and media companies. It’s clear that both real-time marketing and content creation muscles have grown considerably in the past year.