Global fast food chains McDonald’s and KFC find themselves caught once again in a serious PR crisis after a local meat supplier, Shanghai Husi Food Co, was accused of supplying rotting meat to the fast-food chains.

The scandal came to light after a Shanghai news network, Dragon TV, aired an expose on 20 July that showed workers at the Husi Food plant putting expired meat back on the production lines after a team of food safety inspectors from McDonald’s left. The seven minute report even showed a printed work notice reading, "Please help extend the expiration date" on a batch of beef that was past its use-by date.

Shanghai Husi Food, which is a local affiliate of the Illinois-based OSI Group, had been supplying meat the two fast-food chains for years.

A local reporter, working undercover in the facility for two months, carried out the sting, according to the report. At one point the reporter asks a worker, "Is it ok to use them [the outdated meat]?". "No problem," comes the reply.

"The rules are dead, and people are alive, that's simple," a worker says, in a casual reference to a commonly used Chinese idiom that indicates 'corners have been cut'.

This is the latest food safety scandal to hit the country. It is also a major blow to consumer confidence in foreign fast-food chains operating in the country. The TV report quickly went viral on the Internet in China and sparked an immediate outcry with netizens accusing both multinationals as well as their own food-security watchdog of negligence. 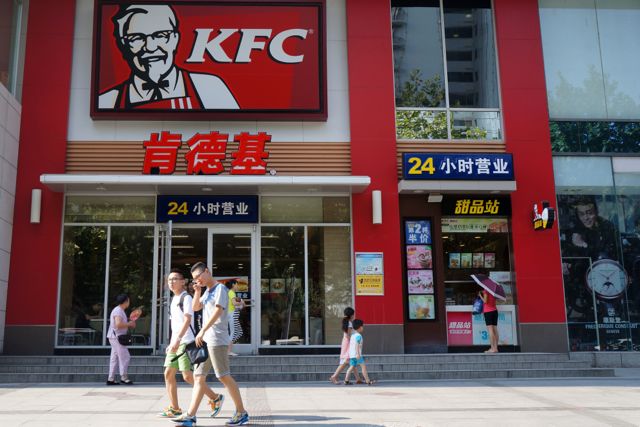 KFC and McDonald’s have both taken steps to mitigate the fallout of the crisis. Holding firm Yum Brands said it had launched an investigation into the affair and has issued notice to all KFC and Pizza Hut restaurants in China to stop using any meat from the supplier.

"Food safety is the most important priority for us," the firm said in a statement. "We will not tolerate any violations of government laws and regulations from our suppliers." For its part, McDonald's said it had suspended sourcing from the plant. Both companies have issued public apologies.

"I don't know that this is something an apology can fix so easily, because at this point people don't have a whole lot of trust that they have good systems in place," Benjamin Cavender, principal, China Market Research Group told Reuters. 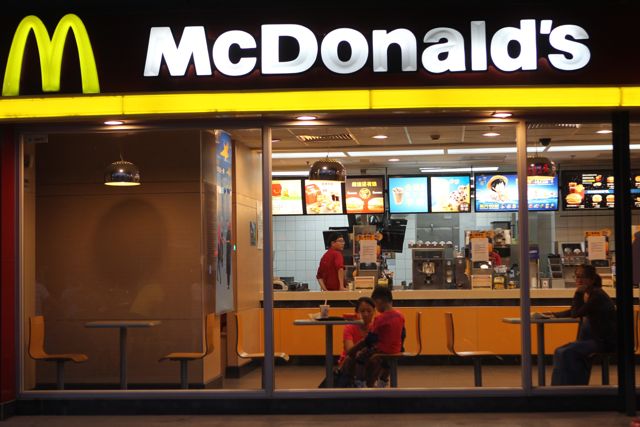 Communications professionals are divided over what would take KFC and McDonald's to restore consumer confidence. While some beiieve they need some kind of third party endorsement others are down right cynical.

"The challenge for them (McDonald's and KFC) is to become again credible in the eyes of the Chinese public," Antoine Calendrier, vice president, Waggener Edstrom China, told PRWeek. "This situation calls for much stringent control procedures and I believe this is what Yum and McDonald’s will announce in the coming days. If brands are able to showcase third-party endorsement, switch to new suppliers that operate at the best standards and conduct permanent controls that ensure food safety along the whole supply chain—and communicate this appropriately—they will be able to progressively regain consumers’ trust."

Jonathan Sanchez, Director of brand consultancy Stand, had similar recommendations. "These companies need to prove they are committed to the highest standards by conducting independent audits," he said. "They could also demonstrate responsibility by publishing regular statements on goals and targets."

Cavender believes KFC and McDonald's may need to take matters in their own hands. "I think US MNCs are going to have to focus on showing transparency in terms of explaining just what they are doing to ensure that they are taking direct responsibility for checking of their suppliers rather than leaving it up to the third party to do so," he told PRWeek.

"This will have only a small impact on either brand. American food brands will stay hot in China despite these vendor related "indigestions". Cranking up Hollywood style advertising and marketing will bring back their feeling of excitement and make the issue a rear view window sensation soon forgotten," says Eric Schiffer, CEO of Reputation Management Consultants.

Simon Pangrazio managing partner of communications consultancy Watatawa has worked with a number of food industry clients facing supply chain challenges in China. He told PRWeek that only "diligent" and "sincere" action communicated in a "no-nonsense and transparent way" may pave the way for recovery from any reputational damage that the two firms have suffered.

McDonald's and KFC are the top two brands by sales in China's $174 billion fast-food market, according to Euromonitor. Yum shares fell 4.2 percent to close at $74.13 and McDonald's shares lost 1.5 percent to $97.55. According to CCTV this is the "second time in two years" that the two fast food chains have come under the scanner over food safety. KFC had only just begun to bounce back from the fallout of a local investigation 18 months ago that found excessive antibiotic in its food.

"The confidence of the Chinese public in food safety has been so shaken to its core, consumers have lost count how many times products have been tainted or contaminated," Bob Pickard, APAC chairman of Huntsworth told PRWeek. "Their doubts about the assurances which companies provide them about safety were already pervasive, and now trust has become almost non-existent. Any company communicating in this environment of universal skepticism must assume that few will believe what they say, and therefore that only sincere actions sustained over time will be perceived as real."

Meanwhile OSI has taken responsibility for the situation. It said on its Chinese website that its management was "appalled" by the report. The company said it has formed its own investigation team and is "fully cooperating" with government inspectors.

OSI, which has close to 60 manufacturing facilities worldwide, has been supplying McDonald's in China since 1992 and Yum since 2008. Its official website also lists Starbucks, Japan's Saizeriya, Papa John's, Burger King and Subway as clients in China. Foreign food companies generally enjoy a better reputation among Chinese consumers than domestic competitors, but a series of local media exposés over the past several years have clouded that reputation.

The scandal highlights the difficulty in ensuring quality and safety along the supply chain in China and reinforces the high PR risks that global brands carry when they do business in that market.

"The incident sends a strong message to foreign firms that they are just as easily tainted with the same brush as their local competitors," Hong Kong based communications advisor Charlie Pownall told PRWeek. "Despite the flowering of citizen journalism in China and the fact that online word of mouth is much the most trusted medium, this serves as a stark reminder of the influence of the mainstream media and broadcast TV."

"Disgust is a toxic emotion which spreads fast on social media, so look for a continuing cascade of outrage and revulsion, which is going to make it hard to settle down this situation," Pickard said.

Carolyn Camoens, vice president at Waggener Edstrom, agreed. "These sorts of issues have the potential to escalate quite significantly, so the brands would be well advised to start communicating as openly and frequently as they can from now and over the course of the investigations," she said.

Sanchez blames large multinationals and their complex supply chain network for the problem: "In our rush to 'create scandals' and paint a picture of China being this 'dirty unsafe’ place - we often don’t see the globalised supply chain which are often owned by ‘first world’ businesses that by indifference or inaction, permit these behaviours to happen".

Camoens also believes the problem is one of supply chain and not one of communications. "All that brands can do now is to  authentically and effectively communicate what actions they are taking to rectify the problem," she says.