In 2011 an entrepreneurial training firm called Decoded launched with the seemingly impossible task of teaching people to ‘code in one day’. Computer coding, traditionally the domain of specialist geeks, has become lauded of late as the ‘new literacy’. Kids today, we are told, would be just as wise to learn to code as to read and write if they aspire to employability and career success, which is why coding is being introduced into school curriculums in September.

Decoded prides itself in having a unique brand, culture, team and product development approach, which has allowed it to take people from ‘no confidence or knowledge’, to ‘digital enlightenment’ in a single day (see editor-in-chief Danny Rogers’ experience below).

Despite what seems at first glance a rather trite claim, the reality is that it takes Decoded nine months to a year to develop a single day of such intensive training. It condenses potentially months or years’ worth of learning into about seven hours.

The trainers Decoded uses are a mix of PHD students, advertising digital specialists and experienced trainers in the field.

Co-founder Kathryn Parsons says: "It is the people within Decoded who make the experience special. Our openness allows us to take people and businesses by the hand and teach them how to embrace the digital world. Our skill is taking the technical precision of coding, data and technology and in avery human way showing how it can unlock your creativity and thinking." 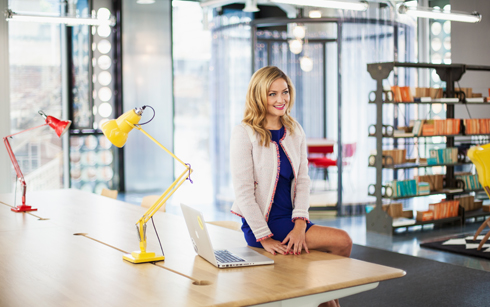 This aspect was to prove the X factor in the firm’s success. It was, it now appears, the required link between the technical and arcane world of computer programming, and the creative industries’  powerhouse that London has become over the past five years – particularly around Silicon  Roundabout to the east of the city.

Coding can either be viewed as the way computers talk to each other, or an entirely new ‘language’ that is powering human connections, redefining businesses and inspiring innovation. Without a basic understanding of code and what it is capable of, the argument is that we are simply improving on what has already been done before, instead of igniting our creativity.

This is certainly what attracted another of Decoded’s founders, Steve Henry, to the whole enterprise. Henry was the creative force behind legendary advertising agency Howell Henry Chaldecott and Lury, which won Campaign’s Agency of the Decade award back in 2000.

But beyond such creative ideas, there is a business case building that learning the principles and basics of coding increases comms professionals’ confidence in the digital world. It can certainly  enable much more creative and productive conversations with developers and perhaps ultimately lead to increased efficiency.

On a personal level, the argument goes that this freedom empowers individuals to question technology, disrupt it and dismantle it. Parsons claims that it "equips people with the tools to interrogate and exploit the technological advancements being made every day, turning them from consumers to creators".

Interestingly, Decoded’s evangelical, and reassuringly ethical, vision has gained traction among the bosses of many of the UK’s hardest-nosed businesses. 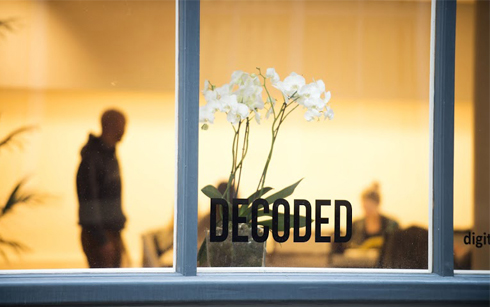 In three years, Decoded has trained thousands of people ranging from start-ups to the  c-suite of multinational firms. Despite the training firms’ modest offices just off Old Street, its clients range from Google and Swarovski, to Disney and the International Monetary Fund. Bartle Bogle Hegarty, perhaps the UK’s best known advertising agency, has put almost all its London staff through the Decoded course, as has The Times.

"Our clients are global," adds Parsons. "As well as offices in London and New York, we’ve worked across Europe, Asia, Africa and the Middle East."

Of course Decoded is not the only training firm offering to teach coding – it was simply one of the successful pioneers.

From zero knowledge to my own app in seven hours 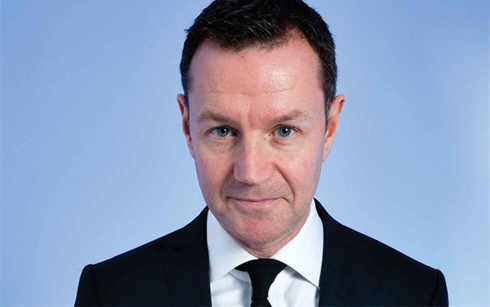 Having recently attended Decoded’s Code in a Day course, the question I most commonly get asked is: "So, can you?"

In the seven-or-so hours that you spend at Decoded, you can certainly pick up the essential theory of coding – and, amazingly, by following the tutor’s instructions carefully, create a reasonably nice-looking app with location-based intelligence. Not only that, but you get to keep the app and develop it further if you so wish.

Personally, I felt that the most enjoyable part of the day was the first section: where the history of the web was colourfully narrated by the experts. The entire class – Decoded tends to train about ten people at a time – seemed fascinated by the brief story of the internet and was prompted to intelligently discuss the implications for the future of technology, communication and human development.

Having been intellectually piqued, we were then taken through the coding process at breakneck speed.

The key take-out was that much of the computer code one requires to build a website or an app can be copied from elsewhere, if you know where to look. This is a reassuring insight into the collaborative, crowd-sourced and iterative nature of the internet.

There is also great satisfaction to be derived from creating something tangible in real time – from fonts and colours to responsive design –  from the logical process of copying and pasting lines of HTML language.

As the day progresses, however, the tutors start to drive you harder. And this is where the less mathematical – or maybe just those with shorter attention spans – start to fall by the wayside.
True programmers, one soon learns, must be highly concentrated and motivated by the intricacies of technological language.

Nevertheless, the very process of being encouraged to create real web products is an eye-opener, and it provides a fascinating insight into how coders think and also the possibilities of digital production.

Even more enlightening – at lunch, and over drinks at the end (now the true journo emerges…) – is the array of smart and energetic folk you get to talk to, both the trainees from a variety of businesses, and the clever people employed by Decoded.

I walked away, through the buzzing heart of London’s Tech City, with what felt like the enticing tingle of the new economy at
my fingertips.