Whether it is a kneejerk reaction or a deliberate change, civil servants in India are quickly learning that staying ignorant of social media is no longer an option.

After winning India’s elections with a thumping majority on the back of a carefully crafted social media campaign there is no doubt that India’s new Prime Minister has made communication reforms a top priority. He is by far the most digitally savvy leader the country has ever seen. With more than 15 million Facebook fans and 5 million followers on Twitter he has become, accoriding to Burson-Marsteller, the third most followed world leader on social media – narrowly trailing US President Barack Obama. 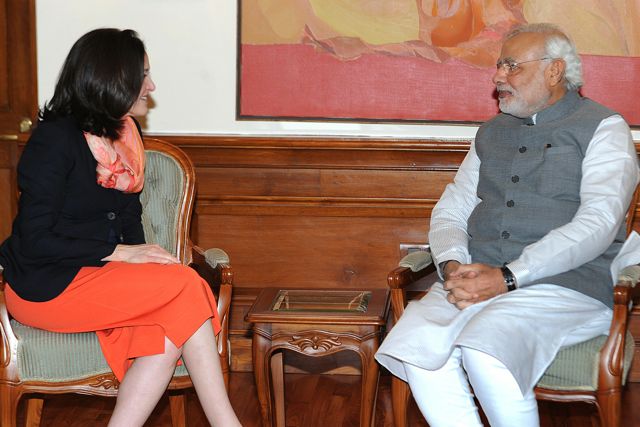 PM Modi made no secret of his belief in social media's power when he made a mention of this in his inaugural address. He met Facebook CEO Sheryl Sandberg earlier this month and discussed ways to use this platform for governance. Modi has also actively encouraged his colleagues to use social media. The Information and Broadcasting (I&B) Ministry’s social media wing has been tasked with monitoring the latest public opinion trends on important issues. I&B Minister Prakash Javadekar has asked other ministries to extensively use social media for spreading the word on the new initiatives of the government.

Raheel Khursheed, head of news, politics and government at Twitter India told the media that PM Modi has given Twitter "direct access" to his ministers and their staff and advised him to organise training workshops for Indian diplomats. According to Khursheed, the level of interaction between the company and the new government was "unmatched". In keeping with the change even Pranab Mukherjee, the famously old school policy veteran who as President holds a largely ceremonial position, made his debut on Twitter last month. 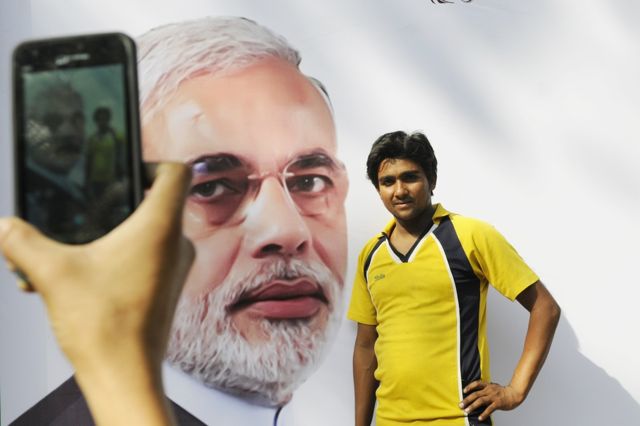 Harnessing the power of social media

One can’t help wonder if this entire hullabaloo over the government of India’s tapping of social media is just a trend or a long-term plan. According to Jaideep Shergill, MSLGroup’s India CEO, social media – whether used for brand building, customer relationship management or anything else – by corporations, individuals, political parties or governments is a very powerful tool to reach stakeholders. "I’m not surprised that the government is using it to reach out to citizens – whether it’s to disseminate information or to ramp up efficiency. It’s the logical next step in governance."

Take, for example, the Ministry of External Affairs’ Twitter account @IndianDiplomacy, which was used to inform relatives and keep them updated on the evacuation of their loved ones from Iraq during the recent security crisis when hardline Sunni militants seized control of a large swathe of the country. Or the use of Twitter and Facebook by traffic police in metros such as Delhi and Bangalore to post real-time updates on traffic conditions. "Has it transformed the way these departments work?" asks Prema Sagar, principal and founder of Genesis Burson-Marstellar. "Probably not. It does, however, give them (the government bodies) a human face. It works great for their image, makes them accessible and to some extent accountable."

A change of attitude

In contrast to the previous administration which, for most part stayed clear of social media, PM Modi’s government has directed India's Defence Ministry to enhance its presence on websites such as Facebook and Twitter for publicity activities. Walking the talk is the Minister for Finance and Defence Arun Jaitley who actively uses his Facebook and Twitter accounts to disseminate information about his schedules, speeches, visits and meetings with both Indian and international leaders.

Just as all strategic communication has to be planned, monitored during execution and followed up, social media is no different. Civil servants have traditionally handled Government communication in India. But they are often unaccustomed to modern PR practice and novices when it comes to the use of social media. Therefore Ministers can often find themselves in embarrassing situations. A case in point is Finance Minister Arun Jaitley’s recent message on Facebook celebrating "World UFO Day" on 2 July. With just a few days leading up to the budget announcement he faced an immediate rebuke from Netizens. "Sir FM, today we the people of India are celebrating the price hike day instead of UFO day," a Facebook user said in a comment on his post, referring to the government’s recent moves to raise rail fares and fuel prices. The post was subsequently deleted within a few hours.

N Chandramouli, CEO, Blue Lotus Communications says "The use of social media by any government is an imperative. It allows people to get a real-time, unfiltered understanding of the happenings in the government, which otherwise only reach the citizens through the filter of the media. Like every communication, the initiatives taken are dependent on the government in power, but the more they do it, the more the citizens feel connected to the government.  Communication is a potent tool, and the routes it takes will keep changing over time, but I would say that such trends will create greater transparency, much more responsibility for those in power."

The upside and downside

It is possible that in due course of time the Indian government may need to hand communications over to professionals and maybe even hire PR agencies on a wider remit. They could help Ministers implement their communications strategy more systematically. The Indian government needs to put in place best practices, as well as intensive listening and monitoring processes. One of the biggest problems with Indian politicians has been their penchant for being inaccessible. Social media can smash that barrier says Shergill. "We’re already seeing so many politicians – not just ministers, and across party lines – doing so," he told PRWeek. "The constant feedback will certainly keep ministers – and the government in general – on their toes. Once they (the Government) understand this, and get professionals in to the communications mix, I believe that the problems of too much information, little action will fade away."

Supriyo Gupta, managing director, Torque Communications has a different view: "I don’t think there’s anything called too much information but what really is the big danger is that much of what governments communicate will get more and more stilted as communication starts getting governed by regulations imposed on what can be said by ministries and officials".

In a departure from a long established practice, the Prime Minister has decided not to take a large junket of journalists while on official overseas visits. Instead his office now provides updates with photographs and videos with Indian news media electronically. When PM Modi attended the BRICS Summit in Brazil in mid-July only representatives of the government media and wire services accompanied him, and a lot of information coming out of the BRICS summit originated from @PMOIndia. This is perhaps the clearest indicator of the changing communications approach of the new government.While most have lauded this move, there some disquiet. "When governments start avoiding direct engagement with established media by using these channels to share what they want, when they want, how they want, it becomes a bit of a one-way street," cautions Gupta.

A long way to go

Though India has the world's third-largest Internet user base (over 200 million) after the United States and China, just 13.7 per cent of the population had access to the Internet in 2013, according to consulting firm eMarketer. Much has been said about Modi’s vision of creating a ‘Digital India’ and the recent national budget has allocated US$1175 million towards creating 100 "smart cities" but India’s new policymakers will need to first bridge the wide digital divide and fix the patchy broadband network before the country can reap the full benefits of digitalisation. By 2018 it is expected that more than a quarter of India’s population will have access to the Internet.