With politicians like India’s Narendra Modi and Indonesia’s Prabowo Subianto running their election campaigns resembling the world of marketing and corporate PR it is clear that the line of distinction that once separated communication of politics and business is disappearing. Over the course of this year, 40 per cent of the global population will go to the polls - a large proportion of that resides in in Asia. Across the continent politicians are trying to shift public opinion to win votes or send a populist message. The recent crackdown on corruption in China and it fallout on multinationals such as GSK show how the environment for business has changed. Indeed the environment has become highly political. Today’s environment for multinationals is complex and chaotic and places increasing demands on transparency and accountability.

Where Politics and Business Meet

The most important development in communications is the explosion of people power, driven by the spread of the Internet. Equipped with nothing more than a smartphone, ordinary Joe today has the power to influence the reputations of all businesses. Huge conversations are taking place on a constant basis via blogs, forums, customer review portals, social media platforms and websites. Often aggressive and emotional, they can determine mainstream perceptions of corporates in an instant. This development is an irreversible transformation of the way public conversation is formed and aired. 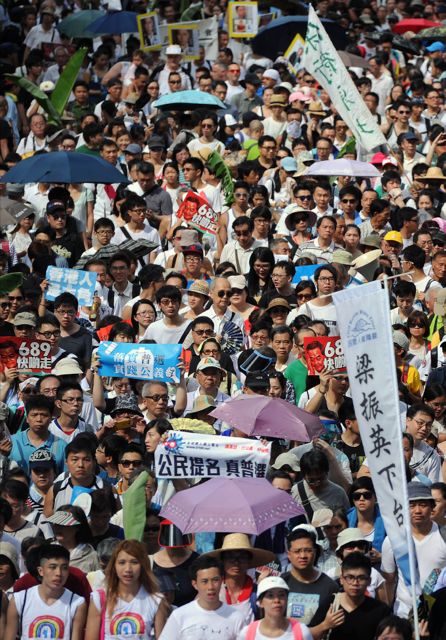 Where I am based, Hong Kong, there is no formal democracy and yet an empowered generation can marshal their resources highly effectively without either governments or businesses. The influential Occupy Central, a civil protest movement campaigning for universal suffrage, is a high profile example of this.

Never have there been so many stakeholders in a company’s reputation. As well as empowered citizens, businesses are dealing with a vast and powerful array of interest groups which run sophisticated campaigns. Just as governments constantly deal with competing interests, businesses also have to understand and interact with everyone from governments and NGOs to media organisations and interest groups.

Controversial industries like alcohol, oil and tobacco have long been seeking to balance the concerns of different political and social constituencies. Today, this delicate balancing act is more challenging than ever and applies to all manner of businesses. On the other hand, there are unprecedented opportunities to build support through engagement. A company will enhance its reputation if it can prove it has greater value in society than just paying taxes and abiding by the law.

The financial crisis catalysed a deep mistrust of government and business. In the court of public opinion, large businesses and governments are guilty of betraying ordinary people. The most important consequence of this ‘zeitgeist of disillusionment’ is that the media and regulators are on the hunt for perpetrators.

Over the past two years, in China there has been a state-sponsored drive against a range of business violations, including price fixing, ‘consumer rights’ violations, bribery and corruption, bringing several of the world’s leading international companies into the crosshairs. Apple, GSK, Samsung, Starbucks and Volkswagen have all been the targets of high profile campaigns.

As multinationals compete on the international playing field for resources such as commodities, talent and customers, their decision-making resembles that of state actors. This is particularly true for companies operating in the highly regulated, so-called strategic industries such as information technology and natural resources, where successful foreign investments are contingent on a high degree of diplomacy and public affairs.

The lines between business and politics are even more blurred with the prevalence of state-owned enterprises from countries such as China. Outbound acquisitions from mainland Chinese businesses and state-owned enterprises surged to a record high of US$68.7 billion in 2013 but their foreign ambitions are still hitting hurdles. Huawei Technologies, the world's second-largest supplier of telecommunications equipment, has been forced to withdraw from two acquisitions in the U.S. amid national security concerns.

Learning From Our Leaders

Executives are quick to assert that government would be more efficient if it were run more like a business but politics offers some valuable lessons for the way businesses should communicate.

Businesses operating in the court of public opinion can no longer afford to ignore the constant conversation taking place around them. Organisations that are able shape the debate around public issues can put themselves at a competitive advantage. For example, an alcohol company faced with industry tax rises can be more effective if it frames the proposed policy as a mean-minded government assault on one of people’s daily pleasures. An emotional appeal like this is far more powerful than traditional ‘closed-door’ lobbying routes.

Speaking in an emotive and relevant manner is an essential part of effective engagement in the public conversation. In his book, Meet the People, the independent consultant James Frayne argues that businesses should speak to the public on an emotional level in the same way that the best politicians do. He cites the example of politicians turning dry discussions on taxation into conversations about fairness.

In the age of Twitter, the ‘command and control’ mind-set that still dominates corporate communications is defunct. The ability for corporate communicators to maintain a strong degree of control over their image is largely lost in a fundamentally uncontrollable world. This does not mean businesses should give up communicating, rather it means they need to rethink their approach in an effort to master the art of public persuasion, rather than issuing only top down communications. Sometimes businesses need to learn to let go and rethink their sign-off processes to allow for rapid response.

Political campaigns are among the most sophisticated users of polling and statistics. They know who they need to reach and then bombard them with targeted messages using different tactics. This scientific approach to testing, targeting and metrics remains relatively untapped in the majority of businesses’ communications programmes. Who exactly is the key audience? Where do these people look for information about us, what are they seeing and by whom? Where can we change people’s minds, where should we fight back and with what messages? Businesses must find the answers to these kinds of questions to build an effective communications strategy.

One Plan Does Not Fit All

I should acknowledge that there are also major differences between politics and government. One crucial difference that those in the PR industry will be only too aware of is the relative influence of communications professionals. Campaign staff hold great sway in politics and are at the heart of the decision making process in a way that their peers in the corporate world can only envy.

The democratisation of communications has brought major challenges to businesses, mainly in the form of non-stop scrutiny and aggressive public commentary. But there are huge opportunities for those that can tap into existing networks to spread favourable messages or apply pressure to opponents on an issue. Companies who were once unable to gain access to political or media elites can now harness the power of public opinion more easily than ever before to amplify their position and make their voices heard. The best companies will thrive in the new landscape if they can learn to become experts in influencing public opinion to support positions that further their business objectives.