It is received wisdom that the Internet and social media have leveled the playing field between big business and individuals; nowadays anyone can inflict real damage on a household name using little more than Facebook and a smartphone. And when the going gets tough how institutions are seen to respond can have a major impact on their reputations.

For long institutions have had it good, dominating the airwaves, shaping the news agenda, able to placate detractors with carrots and, where necessary or opportune, threaten them with legal sticks. But today's demanding and volatile court of public opinion requires a deft touch and proportionate response to negative situations online. Wielding the corporate sledgehammer to crack a nut can easily backfire.

We saw it when Barbara Streisand tried to prevent public photographs of her Malibu house being published online on the grounds that it compromised her privacy, with the result that the photographs became a viral sensation on the Internet. When lawyers for Ryan Giggs sought a super-injunction stopping the UK media from reporting rumours that he had been sleeping with his brother's wife, despite the fact that rumours were already circulating online. Online fury erupted when IKEA issued a cease and desist notice ordering long-term IKEA enthusiast and Aussie blogger Jules Yap to remove advertising from her IKEA Hackers fan site or face legal action.

Now we are witnessing a high stakes battle over retirement contributions in Singapore in which local blogger Roy Ngerng has examined in considerable detail what he saw as the sub-par performance of the Lion City's 'CPF' pension scheme. Exasperated by a wall of silence from the powers that be, he accused Prime Minister Lee Hsien Loong of misappropriating public funds, resulting in a takedown order and pending defamation suit.

Ngerng has since apologised and lost his job. But having little to lose, he is now using his blog to display the requisite legal writs and to rally public opinion. He has also raised over SGD 100,000 on crowdsourcing platform Kickstarter to cover his court defence. 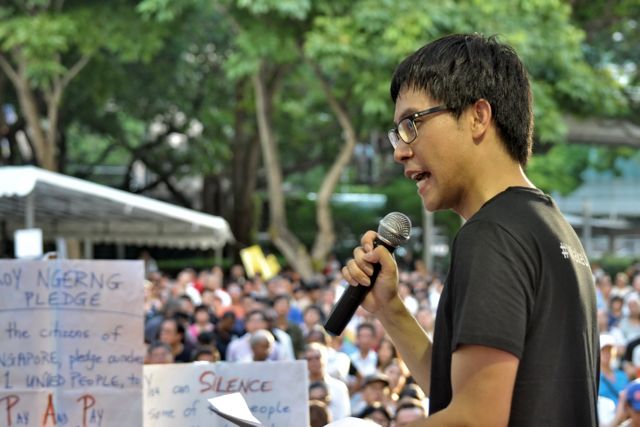 Roy Ngerng, a blogger, speaks at  a rally to demand reforms in the country's pension system in Singapore on 7 June 2014

Set against a backdrop of ongoing public disquiet about successive rises in the so-called 'Minimum Sum' Singaporeans are expected to contribute before they can access their pension pots, the government's heavy-handed approach to handling Ngerng has brought his specific concerns to a much broader audience. Worse, it has made the authorities appear defensive and bullying.

The fact that anyone can turn to Facebook, Twitter or YouTube to post a negative review of a hairdresser, plumber or politician, indeed to denigrate whatever or whoever they choose, in the heat of the moment or otherwise, has resulted in defamation being wheeled out increasingly regularly as a legal tool. But the nature of social media means that the resolution process is also increasingly likely to be played out in public view.

Institutions must now balance the legal and reputational aspects of defamation carefully from the get-go, negotiating a reasonable solution where possible and deploying litigation only as the final solution. When an issue is legally black and white, they must move fast to limit the potential for the falsehood to escalate.  But they must also make sure to use language that is user-friendly rather than overtly legalistic in all instances.

The manner in which the Singapore government has handled Ngerng suggests Prime Minister Lee's lawyers got the better of his communications advisors. Issuing a warning or takedown order is one thing, refusing to accept an apology from one of your own citizens (and workers - he was employed by a public hospital) and forcing the issue through the courts are quite another in the eyes of many. 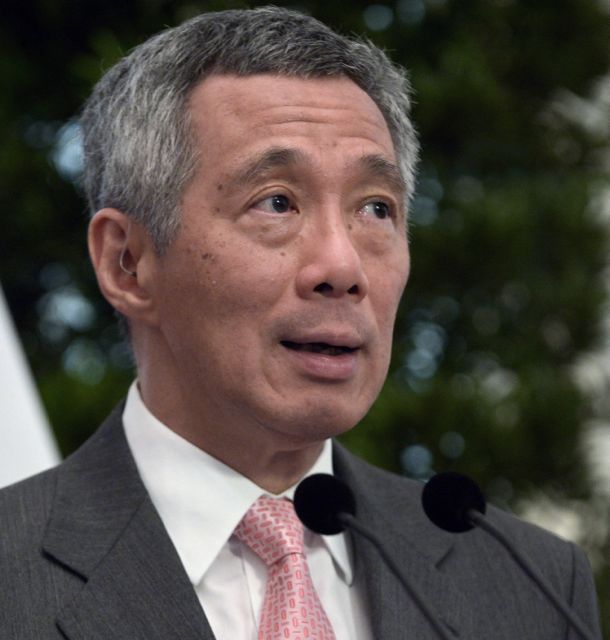 By contrast, faced with the barrage of negative opinion over its treatment of Jules Yap, IKEA has reached out to the blogger, offered to renegotiate its demands and issued a public statement of regret over the public drama its actions had caused.

Ngerng and the CPF are now front-page news in Singapore and, with the pre-court hearing scheduled for early July, is guaranteed to remain a cause celebre for weeks. To what extent the case impacts Singapore's broader economic, social and political discussions remains to be seen, but already Ngerng has been transformed from obscure blogger to figurehead for public debate on retirement security as well as broader concerns about perceived inequality. Much now hangs on how the government is seen to justify its actions in court.

Win or lose (and it will likely win - the Singapore government has never lost a defamation case), the government should publicly rebut Ngerng's thesis and re-double its efforts to make the broader case for the CPF. More broadly, it must also accept that online contributions to public discussions can be just as valid as those in the mainstream media, and participate in those discussions sincerely and constructively.