Banks and financial institutions in Singapore are increasingly moving towards using plain English in their public communication - this according to The Straits Times (ST). The newspaper reported on Fri (20 June) that a number of local financial institutions including OCBC, DBS, NTUC Income and even the Central Provident Fund (CPF) Board are sending their documents to a simple English advocacy group to have them certified as being ‘easily understood’.

The eponymously titled Plain English Campaign, a UK-based self-funded "pressure" group, awards a Crystal Mark certificate on such documents. The group's general manager Tony Maher told ST that the number of documents his firm received from Singapore organizations jumped from just two in 2011 to 76 last year. The number of Singaporean organizations approaching the agency has "increased tenfold in the last decade," he said. 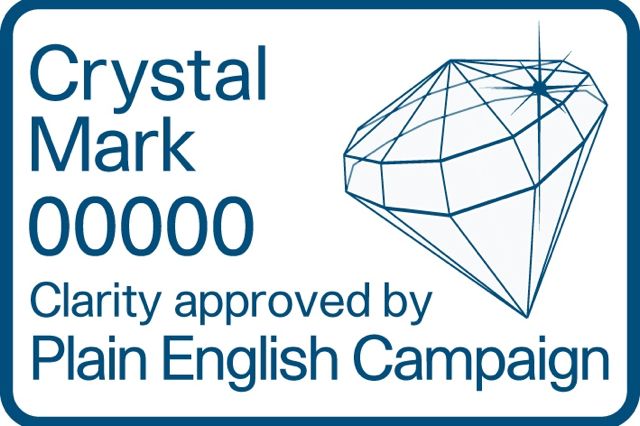 Financial needs analysis forms and mortgage insurance brochures are among the 50 or so documents that OCBC Bank gets certified from Plain English Campaign. Its head of ‘experience design’ Bojan Blecic told ST the bank turned to using plain English after customers demanded ‘greater clarity’ on the terms and conditions that financial products carry as fine prints. It is common, for instance, to find words like 'herewith', 'thereof' or 'signatories' in the agreements. Sentences used in fine print are sometimes so long and winding that unless one has been through a law school it would be seemingly impossible to decipher their true meaning.

"Customers are impressed with clear, concise writing that does not hide anything," Maher told PRWeek. "If firms use this style, their customers will trust them more and they will be more likely to retain them."

The financial industry has long been accused of using acronyms and jargon to impress (or confuse) investors into signing on the dotted line. But stakeholders are now demanding more clarity. Their voice became louder after the 2007 financial crisis resulted in losses for many small investors in Singapore. 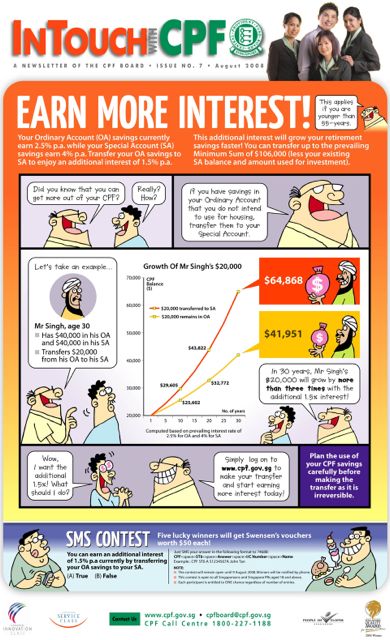 The CPF Board received its first Crystal Mark for its 36-page CPF Life booklet. The booklet explains the national annuity scheme, which started last year.

"We want to provide information as clearly and simply as possible," a CPF spokesperson told ST. A famously fastidious ‘nanny state’ Singapore urges its citizens to speak proper English. The Speak Good English Movement is a state run campaign to "encourage" Singaporeans to speak grammatically correct English. It was launched by the then-Prime Minister Goh Chok Tong in April 2000. Singapore government agencies often use cartoon strips, instead of lengthy memos to explain policies and programmes to citizens. With the possible exception of Japan, this style of communication is rarely practiced elsewhere in Asia.

The Plain English Campaign told ST it looks for active verbs, everyday English and an average sentence length of 15 to 20 words when awarding a Crystal mark. "We look at the text as well as the design," said Maher. Any organisation that has a Crystal Mark on a document can also apply for an Honesty Mark for that document "free of charge". They have to sign a declaration though. This states that the information is not only clear but also "truthful". Plain English Campaign says it has worked with "hundreds" of Asian clients but "only nine" have applied for the Crystal Mark.  They have mostly come from Singapore, Malaysia, Hong Kong, India and China.