If you want to understand the real action shaping what is next in our dynamic nation, forget New York City. Sure, it’s still the economic and cultural powerhouse it has been for centuries, but it’s essentially a separate nation dancing to its own tune and watching its moves obsessively in the media mirror. At heart, it is a self-absorbed island on the far edge of the country. Both literally and metaphorically, it’s an outlier.

You can forget Washington, DC, too, with its political plotting and strutting, its gradual spread of urban gentrification, and its breathtakingly wealthy outer suburbs. Politically, it’s stuck in gridlock, which is pretty much the way it was designed. Economically, it depends on the increasingly expensive business of politics, which is caught up in permanent electioneering and going nowhere that most Americans care about.

Detroit might be a better candidate for the Next America if you have a radically deindustrialized, post-apocalyptic vision of what’s ahead for the country. Less out there are plenty of nichey, not-the-usual suspects that are creatively shaping their own future in interesting ways: Omaha, Nebraska; Portland, Oregon; Richmond, Virginia.

But if you want to see the real Next America action unfold, look to the four border states: Arizona, California, New Mexico, and Texas. It’s not that any of these states is necessarily a shimmering promised land or magical Shangri-La that can offer a new, improved, blemish-free version of life, liberty, and the pursuit of happiness for the digital age. But what they do offer together is a look at the Hispanic demographics that are shaping the United States for the future.

Immigration has always been one of the most powerful factors shaping our nation through the centuries. Just ask the Native Americans, who were outnumbered and overwhelmed by waves of ambitious Europeans pushing ever further west. All those Smiths, Millers, Campbells, Jonssons, Murphys, and Biancos came over the Atlantic from faraway Europe by ship. More recently, the Patels, Nguyens, Wangs, and Chens have come over the Pacific from faraway Asia, mostly by air. By contrast, the Hispanics in the border states mostly come from nearby Latin America, mostly overland, sometimes on foot. Some didn’t even have to move, since the US took over parts of Mexico, prompting the quip "We didn’t cross the border, the border crossed us."

Hispanic-Americans have settled all over the country, although they tend to cluster in the border states, which are the first point of arrival for many. (Florida is also a population center, but it doesn’t figure in as a lens on the future.) California and Texas, in particular, are the big magnets. According to official figures, of the 10 million Californians who were born abroad (27% of the state population), 5.5 million are Hispanic/Latino, and 4.3 million were born in Mexico. Of the 4.3 million people in Texas who were born abroad (16% of the state population), just under 3 million are Hispanics, 2.5 million of whom were born in Mexico. Pew has described Mexico as the "source of the largest wave of immigration in history from a single country to the US." Mexicans are, in fact, the single largest immigrant group in 33 states.

Overall in the US, Hispanics make up 16.9% of the population, but they account for 39% of California, making them the largest ethnic/racial group in that state. They account for 30% in Arizona, 47% in New Mexico, and 38% in Texas.

This group shares a common language and many parts of their culture. They can see and feel long, deep roots in the country, especially in the border states, where the map speaks their language, too: San Francisco, Los Angeles, San Diego, Santa Fe, El Paso, San Antonio – all established Americana. Restaurants serve their food and supermarkets stock it as mainstream; tacos, tortillas and salsa are as American as apple pie and probably more widely eaten now. Really interesting men drink Dos Equis.

It’s all too easy to focus on either the similarities between Hispanic-Americans and other people or the differences, but marketers need to understand both and address Hispanic-Americans in ways that honor their identities as Americans and Hispanics. In a survey report about Millennials in the border states that my agency, Havas PR North America, is launching next week, we uncovered a lot of interesting things about this microcosm of the U.S. Hispanic community versus how their non-Hispanic peers feel. Among our findings, more Hispanics than non-Hispanics are optimistic about the future, dream of owning their own business, say it’s essential to stay close to family, rate holidays more important, and are more interested in fashion and local fashion stores, among many other results.

The US might not welcome some Hispanics as warmly as we could or as they would like – especially those who aren’t documented – but the border states can’t help but look, sound and feel a lot like home. Whatever image you might have of a typical American, in the future it had better include a strong dash of Hispanic. 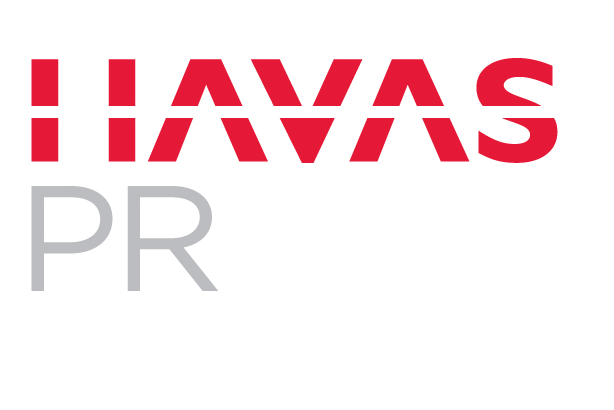