PRWeek’s ninth annual Comms Directors Survey, in association with Brands2Life, has thrown into sharp relief the increasing influence of social media – and in particular Twitter – on the day-to-day work of the comms department.

The findings suggest that comms functions are now so tapped into reacting to 24/7 digital media that they may be moving away from more proactive elements of the job. While 62 per cent of respondents saw managing news and building positive media as one of the three most important aspects of the corporate comms remit, just 35 per cent thought helping shape the overall corporate strategy fell into the same bracket. Fewer than a third felt that the comms industry was performing well at this.

The speed and breadth of social media channels throws up particular challenges. "You need a good story and a lot of resources to keep interesting ideas coming," says Giles Fraser, co-founder of Brands2Life. "This is a big jump for a lot of brands when they are also tight on budget." 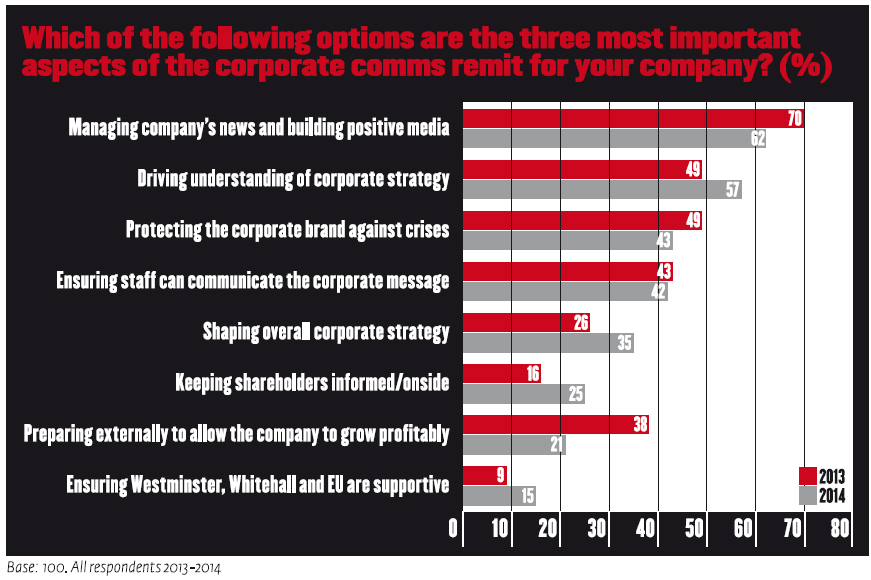 Despite this, there is a feeling that opportunities outweigh problems. "I don’t think social media have made proactive comms more difficult," muses Scott Fleming, director of comms, UK and Ireland, for pharma company UCB. "But they have increased the workload and made reaction times quicker."

Another clear finding is that Twitter is increasing in importance. Asked what channels had "demonstrably met" their comms objectives, 82 per cent named Twitter – way ahead of Facebook (69 per cent), LinkedIn (51 per cent) and YouTube (50 per cent). In addition, 57 per cent of respondents said they measured the value of their comms work by the number of followers they had on their Twitter feed, community site or blog, up from 48 per cent last year.

Nick Wright, comms director at accountancy group BDO, thinks that for b2b organisations, Twitter’s value lies in being a listening tool to track clients and potential clients. "Most of our effort on social media has been with LinkedIn because it is wholly focused on business," he explains. Fleming’s team also uses Twitter more as a monitoring device – and drug companies generally have been slow to fully embrace the platform, citing issues with compliance.

However, no such issue exists with customer-facing organisations. "It is one of the key ways customers will communicate with you," says Mary Walsh, Eurostar’s director of corporate comms. "Social media are enorm­ously powerful in running a proactive comms strategy. Where you’re creating content, social media – as well as traditional channels, customer emails, screens in stations and so on – give you the opportunity to be flexible."

Twitter also acts as an effective early warning system, suggests Nick Fox, director of external relations at Virgin Group. "Twitter is incredibly useful as a campaigning tool and getting PR, social media and content together creates a more unified message, which is very useful. But you still have to use your judgement about what’s worth responding to." 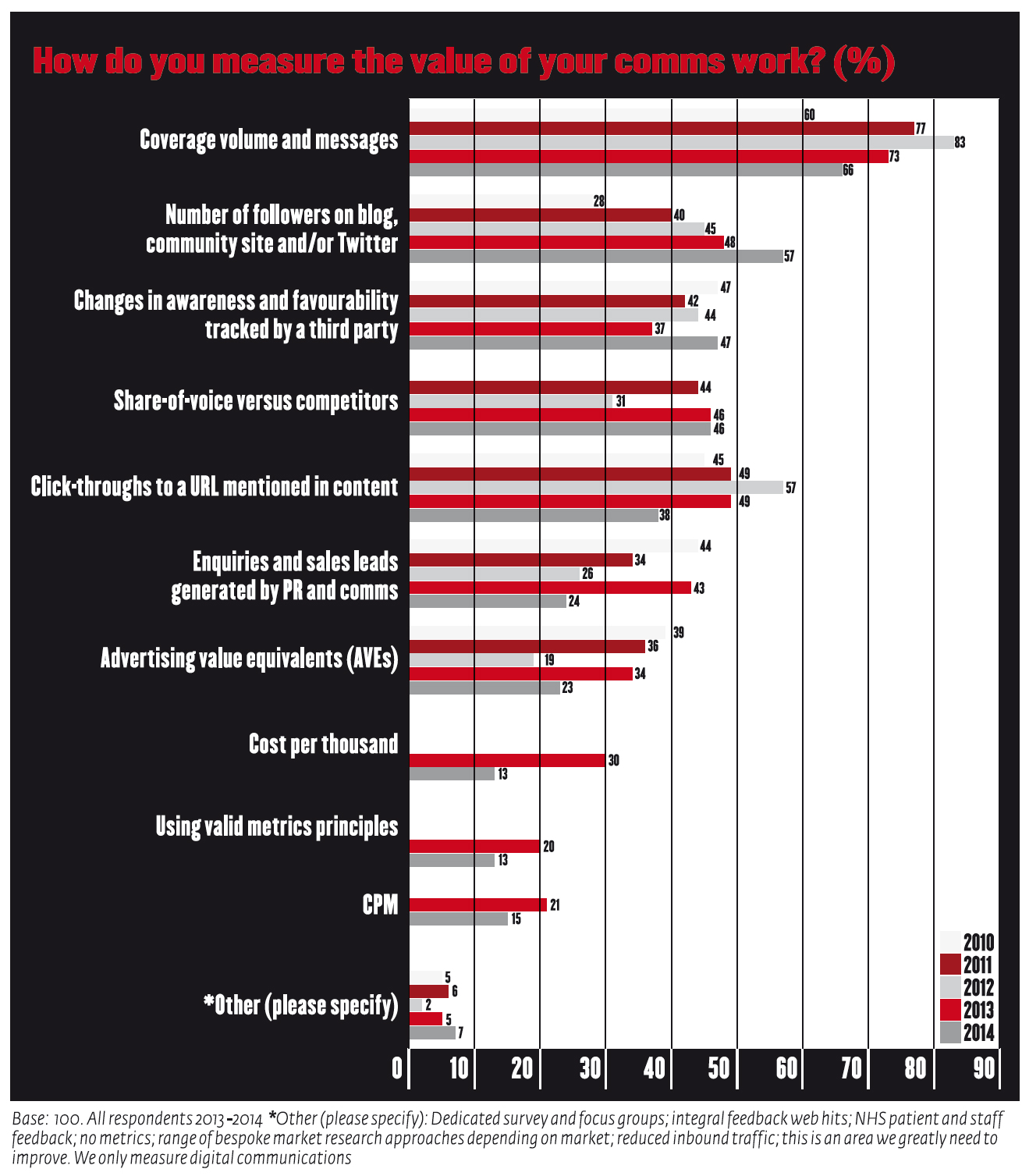 Fox’s point is that, despite its ubiquity, Twitter is still relatively new, and PR practitioners are having to think harder about what to ignore. "That’s the call that people are finding more difficult," he suggests. "It’s new ground and this is where a lot of resources are now going. With Twitter, you’re never sure what will escalate, what will catch fire and what will just burn itself out."

However you cut it, comms professionals seem to be feeling themselves more than ever at the mercy of the immediate. "There is a balance between what’s important and what’s urgent," believes Elaine Quinn, head of corporate affairs at internet registry company Nominet. But the change has brought advantages. "The rise of social media battles against too much jargon or woolliness," she goes on. "It encourages people to communicate quickly and effectively. ‘How can I sum this up in a tweet’ is the acid test of a position and your story. It encourages crispness."

To make social media work for comms, it seems that greater integration between functions is required. "It’s more a question of how to align channels," suggests Fleming. For its part, Virgin is integrating external relations – which includes PR and government relations – with the social media and content teams to form a group that works more closely together. At Eurostar, call centre workers have been upskilled to tweet to passengers. "It is very valuable for us in our media and reputation roles," Walsh continues. "It’s about understanding how the customer wants to use social media and then being clear about how you shape, target and feed content to them and have a dialogue." 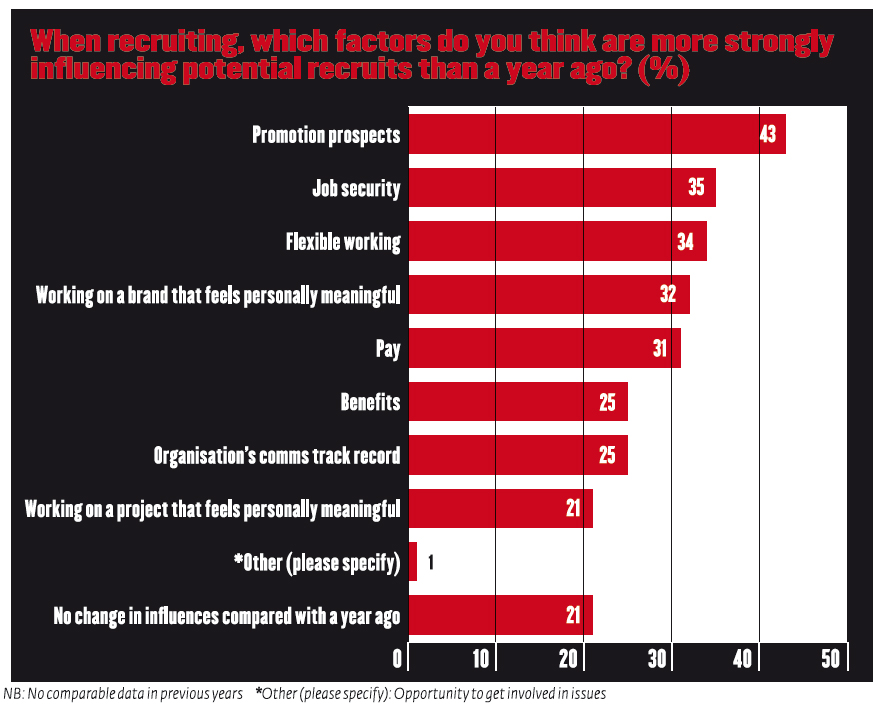 The pervasiveness and simplicity of mobile communication may be a major factor in why 34 per cent of comms directors said the opportunity of flexible working had become more persuasive than pay (31 per cent) as a carrot in recruiting staff. "IT solutions today mean home working should be an option," agrees Fleming. "It depends on where people are in their careers," says Walsh. "As comms professionals, there is not a beginning or end to the day and mobile technology means you are more flexible."

A trade-off is that a company can expect commitment in return for leeway. "People take responsibility and deliver," she continues. "How you do that is something to work about between you."

In short it is a time of significant change for comms, says Fraser. "Brands, organisations and the people who deal with them are becoming much more transparent," he concludes. "If you sneeze in one part of the organisation then it gets caught in the ecosystem. Everyone sees a negative story very quickly. Brands have to be wired into the market. Everyone is a spokesperson."

For more detail on the results of the 2014 PRWeek/Brands2Life Comms Directors Survey, go to commsdirectors.com 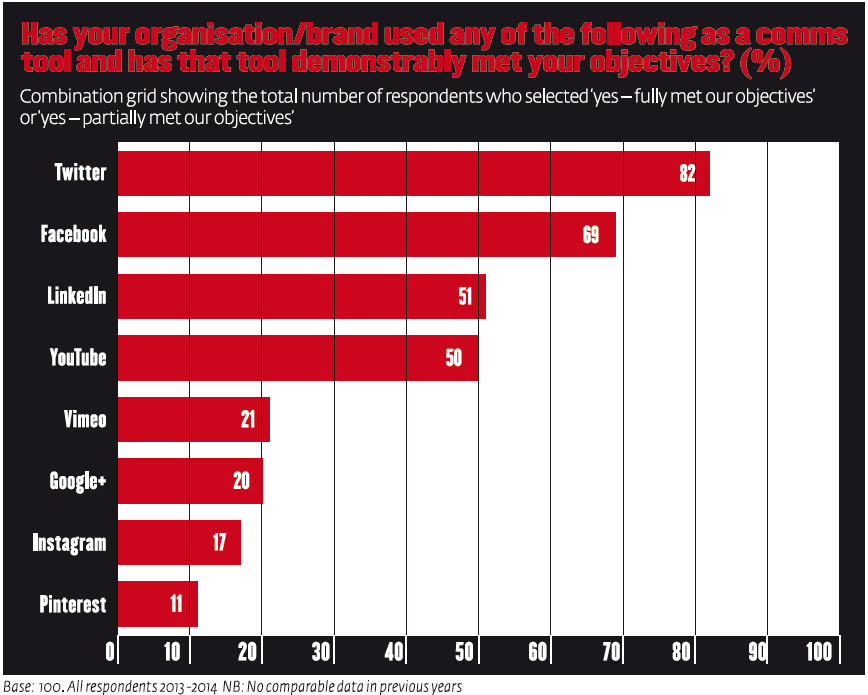 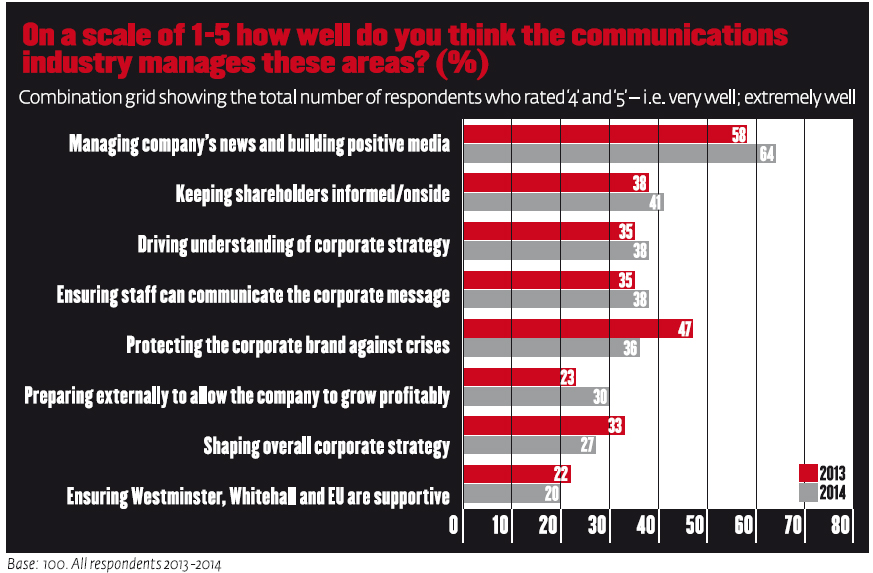