On a Friday afternoon in July 2009, thousands of Brazilians packed Copacabana beach in Rio de Janeiro to celebrate a second major victory for that country in the world of sports. Just two years after Brazil won the rights to host the FIFA 2014 World Cup, Rio de Janeiro was awarded the 2016 Summer Olympics by the International Olympic Committee. The celebration on Copacabana was exhilarating and country’s mood unmistakably confident.

Flash-forward just four years to July 2013 and Rio, as well as all of Brazil’s major cities, is brought to a standstill as millions of citizens take to the streets – and social networks – to demand improved public transportation, healthcare and education, and condemn government corruption. Indicative of the public’s sour mood, President Dilma Rousseff’s approval ratings plummet 27 points, to 30%, in just three weeks.

While these remarkable changes in sentiment took place in just four years, the underlying currents that led to Brazil’s historic protests had been building for some time. In fact, they are the result of major demographic and economic trends that have been taking root in Brazil and Latin America over the past 15 years – trends that have major implications for governments, companies, and their brands, as well as the communications professionals that work for them.

According to the World Bank, between 2003 and 2009, the middle class in Latin America expanded by 50 million individuals to reach a total of 152 million, approximately 30% of the region’s population. There were similar, if less dramatic, shifts of upward mobility further up the economic spectrum. For the first time in Latin America’s history, there are as many people in the middle class as in poverty – nothing to brag about, but for a region that has been mired in poverty for 500 years, it is substantial progress.

This "new" middle class is reshaping the region in every way imaginable. With a relative degree of economic security, these individuals are no longer exclusively concerned with meeting their basic needs of food and housing. In ever-increasing numbers, they are transforming their political landscapes as informed, digitally-connected, and active citizens. And as consumers, they are invigorating economies and markets as brands jockey to gain their loyalty.

For governments, the implications of these trends are obvious and significant. These "new citizens," while slightly more prosperous than in the past, remain highly dependent on public services. When these services fail to meet expectations, elected officials will be held to account. Access to smartphones and mobile connectivity are making it easier for unhappy citizens to voice their demands, organize, and exert pressure. The biggest, but not only, example of this phenomenon in Latin America was last year’s massive protests in Brazil.

For companies and brands, there are tremendous opportunities and some risks. Value brands that have established relationships with these "new consumers" have the opportunity to increase transactions and serve as a gateway to new services being tapped for the first time, for example banking, travel, and telecommunications. But just as governments are learning, there are rising expectations across all consumer classes in Latin America and significant consequences for brands and companies that fail to meet them.

Latin America, long a region of rich and poor, now has a sizable, digitally connected, and increasingly vocal middle class that is holding institutions – public and private – accountable. Regardless of whom you are supporting at the World Cup over the coming weeks, this trend is truly worth cheering about. 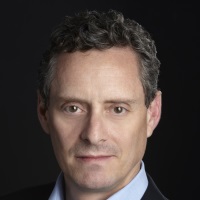 Ramiro Prudencio is president and CEO of Burson-Marsteller Latin America.