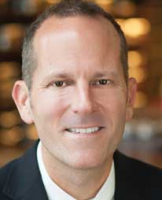 To provide American citizens with a platform to be heard, Starbucks launched a nationwide petition in more than 7,000 of our stores and across various digital assets urging the government to re-open, pay its debts on time, and reach a long-term, bipartisan budget deal by the end of the year.

As part of this message, Starbucks CEO Howard Schultz aired his views in an open letter to America’s business leaders about putting citizenship above partisanship, writing: "Like so many of you, I find myself utterly disappointed by the level of irresponsibility and dysfunction we are witness to with our elected political leadership… I hope you share my view that it is our responsibility to address the crisis of confidence that is needlessly being set in motion."

When Howard speaks about key topics – whether it be civility in Washington, unemployment, or supporting veterans and military families – his comments are grounded in Starbucks’ mission and values: That every store is part of a community, and we take our responsibility to be good neighbors seriously. We can bring our partners, customers, and the community together and be a force for positive action on a daily basis.

Leadership is not about messaging our values or drive-by, check-writing philanthropy. It is about embracing and living these values daily. It is high time our profession asked each practitioner to answer the call: What is your role and responsibility as a leader in the 21st century? For that is the role we are now enabled – and obliged – to play. 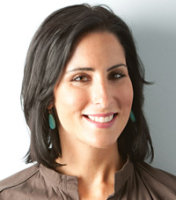 Jolie Hunt, principal, Hunt & Gather
jolie@hunt-gather.com
One definition of the word value is: A person’s principles or standards of behavior; one’s judgment of what is important in life.

Whether or not a CEO should bring their values to the workplace is like asking whether or not you bring your legs on a walk. Values penetrate all aspects of who we are and what we stand for – and often times they unearth the core beneath big pay packages, grueling travel schedules, and buoyant egos associated with running a company. People confuse opinions with values. The latter informs a person’s sense of right and wrong, whereas opinions are far more subjective to taste and environment.

CEOs are increasingly finding themselves in hot water for three reasons: speed, technology, and pressure. For example, we know what some CEOs think based on their social media pages. We can track their charitable, political, and home-buying contributions, and the pressure amplifies a relentless tsunami of information. There is no vacation when you are a CEO, ever.

The role of a chief adviser is to shape a CEO’s narrative. When you hold a senior position, you become a public person. You lose your anonymity. I don’t want to know my boss’ political or religious affiliations because it isn’t business related.

Rarely do I want to see them out of character – they are the example and rightly, or wrongly, they are held to a higher standard.

Their opinion on the Mets or the government isn’t of interest to me. Instead, I want to know whether my boss is brave, decent, and whether they can truly lead. More emphasis on values, fewer on opinions, would be a welcome change. 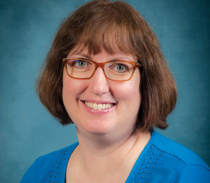 Karen Russell, associate professor, Grady College of Journalism and Mass Communication, University of Georgia,
karenm@uga.edu
Occasionally a student rebels against my advice that they limit their discussion of politics and religion online. "It’s a free country," they will say. True, no one will throw you in jail for your opinions, but that doesn’t protect you from the consequences of broadcasting your opinions to the world.

It’s the same for CEOs, except it’s not just your career, it’s an entire business on the line. Advice about online reputation management may seem contradictory as people are advised to be human, authentic, transparent, and honest. Then someone gets pilloried for being too authentic.

It is not contradictory, it is simply a line that any public person has to walk. It is the line Chick-fil-A’s Dan Cathy crossed when he stated that he personally opposed gay marriage, a move that hurt the chain’s national reputation at a time when it is trying to expand. More recently, Mozilla CEO Brendan Eich’s views on the same issue cost him his job.

CEOs should be as honest and forthright as they can about topics relevant to the business, such as speaking out on a public issue, and it certainly doesn’t hurt to show a human side – cheering for a sports team, for example, even though that may irritate a few diehard fans of the other team.

But unless there’s a compelling business case for revealing personal opinions about controversial topics, CEOs aren’t serving the business by going public. As I tell my students, there’s no distinction between personal and professional, online or off.