NEW YORK: Amazon.com is the most reputable company in the US for the second year in a row, according to the Harris Poll's 15th annual Reputation Quotient study.

The study, conducted between December 2013 and January 2014, surveyed more than 18,000 members of the US general public, measuring reputations of the 60 most visible companies in the country.

The study measured six dimensions that comprise reputation and influence consumer behavior. Amazon.com led in emotional appeal, products and services, and workplace environment, while Coca-Cola topped the chart for financial performance and vision and leadership, and Whole Foods led in social responsibility.

In the last year, 25% more people believe that corporate America’s reputation has improved, and that figure has doubled since 2012, according to the survey.

"The economy is certainly improving and in general when you get better financial conditions there is a better overall sense of feeling good about the corporate environment, but it is still not completely positive," said Robert Fronk, Nielsen’s SVP of reputation management and public affairs.

More than half of those surveyed said they proactively research companies they have heard of or plan to do business with in the future. The firm identified this group, which makes up 56% of the participants, as "seekers."

"Our study results show that although companies work so hard on building new business programs, 40% of the public can be dismissive of your company before they have ever even thought about your product or services," said Fronk.

He added that the seekers segment appears to be overlooked by marketers in terms of the potential impact they can have on business.

The seekers group look for information on a company’s website, which is why Fronk said he recommends that, before working on campaigns, companies should clearly articulate their social purpose and align product stories to it.

"Amazon.com has that clear and accessible social value message in all of its materials, which drives a huge leadership advantage in emotional appeal," said Fronk. "Therefore from that perspective of good feelings about the company, [Amazon is] able to seamlessly make its product offering the logical choice for so many consumers."

This story was updated on April 30 to correct the name of the survey to the Harris Poll. Harris Interactive was acquired by Nielsen in February. 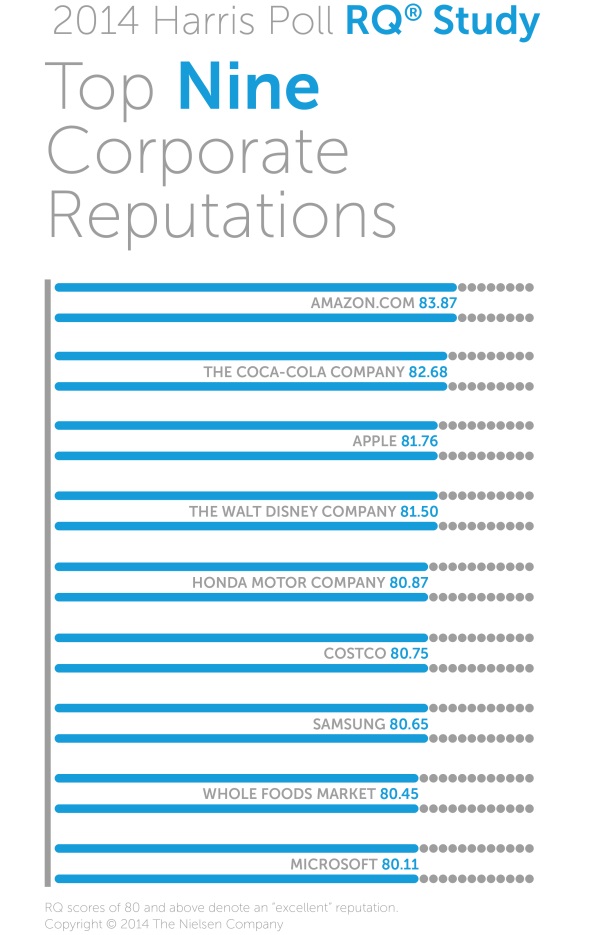