This weekend, the world will officially recognize Pope John Paul II as a saint. He was already considered a formidable communicator who connected with audiences in ways both moving and remarkably human.

After he grabbed their attention, the Pope delivered his central message about the students’ future obligations.

"Here in this center of higher education, you must prepare yourselves to make your own contribution to society," he said.

The Pope had come to the university to meet with leaders of 27 different religions. More than anything he said to the students, his purpose demonstrated the importance of dialogue and engagement even with those who might not share his views. The symbolism was hard to miss.

That event was part of a 10-city visit that included parades, huge outdoor masses, and intimate gatherings that filled his itinerary as well as the schedules of those of us who raced to keep up. Nearly 16,000 journalists were credentialed for the tour, and two jumbo jets were filled with media covering every stop. Agency folks directed by the staff of the US Catholic Conference managed this massive entourage.

The Pope’s ability to couple words with action made him compelling and inspirational all along the way. In Miami, the Pope met privately with President Ronald Reagan, who months earlier had delivered his famous "Tear Down This Wall" speech in Berlin. What followed was a collaboration that brought the Cold War to a peaceful conclusion. The words were powerful, but the shared actions made all the difference.

Beyond a sequence of meetings with the powerful, the trip showed the Pope’s devotion to all peoples, even those whose interests usually received scant attention. Outside of Monterey, California, he celebrated mass for rural farm workers. Entire families camped on hillsides throughout the night. These were people who might never visit Rome, but their Holy Father was coming to them. He spoke of their interests, but linked those concerns with essential values we all share.

"The land is God’s gift. From the beginning, God has entrusted it to the whole human race," he said. In that way, he joined the rights of farm workers with society’s obligation to protect the environment.

As professional communicators, we focus tremendous attention on our messages. We work hard to ensure our words are right and tested. Perhaps the greatest lesson of John Paul II on the occasion of his canonization is our responsibility to work just as hard to ensure the actions are equally precise. 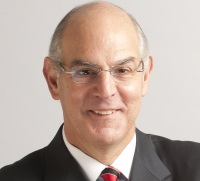 Peter Stanton was responsible for media coverage logistics for Pope John Paul II’s 1987 visit to the United States. He handled similar responsibilities for John Paul II’s 1995 US visit and Pope Benedict XVI’s visit to New York in 2008. He is president and CEO of Stanton Communications.

Bowlero Corp. picks The Door as its PR AOR

Do you use TikTok as a news source?