Two large agencies – Edelman and Weber Shandwick – stood out last year in terms of growth that relied on three themes characterizing 2013 as a whole: content, integration, and globalization.

The numbers at holding company firms are always somewhat opaque, because of the withholding of figures for constituent agencies due to Sarbanes-Oxley. But Omnicom’s PR performance of 1.5% organic growth and WPP’s PR and public affairs unit posting a 1.7% decline, suggest their agencies were nowhere near Edelman and Weber in terms of revenue growth.

"We have benefited tremendously from a complete integration of our digital and PR businesses," says Richard Edelman, president and CEO of Edelman, "not just financially, but also the two elements together adding up to more than the whole." 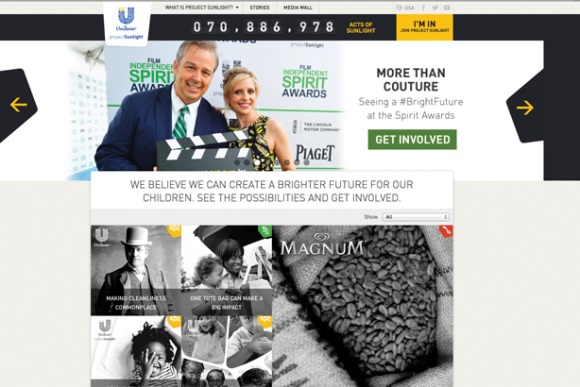 Midsize firms are also prospering by giving clients an integrated offer. At Columbus, OH-based Fahlgren Mortine, staffers work across all disciplines, including PR, advertising, creative, Web design, mobile, and research and planning. But CEO Neil Mortine distils the essence of what they do down to the core skills of client engagement, planning, creative, and social and digital.

Their typical client is now a CMO or CCO. "There’s a blurring of the lines between the disciplines," he says.

Coyne PR also repositioned around integration after a tough year in which it lost two of its biggest clients – Burger King and General Mills – and 15% of its revenue.

Now, the firm can be involved in building a complete brand identity from the ground up, including product design, advertising, social and mobile, and PR.

"We can do it smarter, better, and faster than the competition – and cheaper," adds Coyne.

Last year, it paid $50.4 million (£36.5 million) for a 19.8% stake in British-based Huntsworth group, owner of Grayling, and bought a majority stake in UK social media agency We Are Social for an initial payment of $30 million. BlueFocus’ 2013 revenues were $576 million (up 65% from $350 million in 2012) and its aim is to expand tenfold by 2020. Helen Thomas, president of BlueFocus Communications Group of America, says PR now accounts for about a third of revenues.

"It’s an integrated group, no longer just PR," she adds. "Storytelling is at the heart of all modern campaigns. We want to build bridges between the US and Asia and help brands to go back and forth – especially on social."

At its new offices in Beijing, about 2,000 employees work in a Silicon Valley campus-style environment with free breakfast, subsidized lunch, and stock options.

It is looking for further acquisitions of entrepreneurial firms in the US, but will allow those agencies to keep their identity under the BlueFocus umbrella.

"The US is a critical market," says Thomas. "We are starting from scratch here, but have a track record of being entrepreneurial to make things happen."

The Chinese market has also grown significantly for Weber Shandwick in the last five years, and the agency posted strong growth in Korea, Hong Kong, and India in 2013. But CEO Andy Polansky is quick to emphasize such growth will not be achieved by compromising the agency’s global policies.

"We have to be consistent in how we do business," he says, "and be sensitive to local markets. But that does not relate to [breaking our code on] best practices."

Richard Edelman says PR is at the core of programming on Unilever’s Project Sunlight sustainable living initiative and illustrates the integration of digital and PR.

"The advertising contribution in Project Sunlight was the film," he says. "Beyond the film, everything else was done by PR firms. They have the concept and the execution in social."

Edelman activated the concept in global markets ranging from Indonesia, UK, Brazil, to India. Weber Shandwick implemented the program in the US.

Noteworthy activations through Mediaco include the Live.Love.Lux. lifestyle-content website for Electrolux; a content-marketing initiative for the LifeWise Health Plan of Washington; and a brand media strategy for Ricoh – all activities that produced measurable results beyond simple traffic metrics.

Edelman’s Unilever work is an example of agencies expanding work with existing clients through social and digital, not just relying on new business. Samsung is another example.

"We have a very built-out digital program for Samsung now, which is much larger than PR," says Edelman.

He cites Samsung’s Oscars selfie, which was handled by media agency Starcom and socialized by Edelman, as an example.

"It was Starcom’s idea, but we were responsible for social," he says. "There are times when we are implementing somebody else’s idea, but the fact we have the social channel is key."

Further acquisitions
Another big player from Asia looking to expand globally is Dentsu, which acquired Mitchell Communications Group on January 1, 2013, and installed CEO Elise Mitchell as CEO of Dentsu’s PR operations in the US, with a remit to acquire and build a new PR group, though no additions have yet been forthcoming.

Dentsu also owns US ad agency Mcgarrybowen and digital shop 360i, and last year finalized its acquisition of global media firm Aegis for about $5 billion.

"I’ve talked to a lot of agencies and developed a strategy around what our approach should be to acquisition," says Mitchell. "The Dentsu/Aegis deal created new opportunities because the network changed overnight – anyone we acquire can tap into a new, world-class network."

Mitchell says M&A is not always easy because there are a lot of great agencies out there, but they’re not always the "right fit." "I hope to complete one acquisition this year," she adds.

At her eponymous agency, Mitchell is also ramping up digital and social and content.

"Clients want and need it," she adds. "Agencies need to be proactive and stay ahead of the curve. More clients are asking for strategy support and activation on content."

The talent merry-go-round that characterized 2012 didn’t stop last year. Edelman hired and lost several senior-level staff, but it is focused on mitigating this.

"We try to grow quickly enough to give people options to move around [geographically and account-wise]," says Edelman. "We’ve also promoted a lot internally."

He cites a change in Chicago as an example, where president Rick Murray left to be replaced by Jay Porter.

While there is a shift in the qualities required by senior talent, Edelman doesn’t attribute this solely to age.

"I’d describe it as a skills evolution," he says. "We’ve got to have people who are always thinking digitally. Mark Hass [former Edelman US CEO] is the keenest digital guy around.* That’s why I reject the idea of it as generational."

Edelman believes it is more about people who welcome all the assets PR can bring to bear on a problem. With the right mix of skills, a focus on integration, and a global outlook, Edelman says PR can take the lead.

"We can challenge ad agencies as lead creative," he says. "We have started to do this with Diageo, Heineken, Adobe, and Humana."

"The best work we’re doing has this integrated aspect, between brand and reputation, brand and corporate affairs," he adds. "But it also has the benefit of being smarter through research and faster and conversational through social and digital."

*As the May issue of PRWeek went to press, Mark Hass was US president and CEO of Edelman. He has since stepped down from the role.