Artkop, who started at the company last week, reports to CMO Krista Gibson. 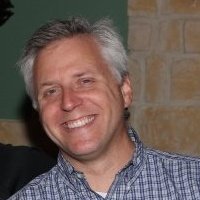 He is tasked with leading internal and external communications as well as social media for Brinker and its brands, which include Chili’s Grill & Bar and Maggiano's Little Italy, he said via email. The role is a new position within the marketing team, Artkop added.

During more than five years at Dr Pepper Snapple Group, Artkop oversaw corporate communications strategy at the company, according to his LinkedIn profile. He managed an internal PR team and agency partner, which were responsible for media relations, crisis communications, CSR, philanthropy, brand PR, and digital and social media.

Before that, Artkop served as director of corporate communications at Cadbury Schweppes for nearly four years. He also held positions at Lone Star PR, GolinHarris, and Ketchum.

Brinker International has more than 1,500 restaurants across 32 countries, as well as about 100,000 staffers, according to the company’s website.

This story was updated on April 22 with information about Arktop's replacement at Dr. Pepper. It was also updated to clarify that Barns is leading external communications for the group.