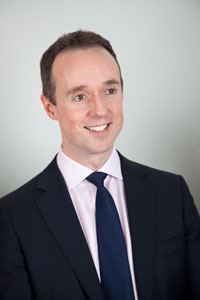 Corporate communications directors have had it tough in the past few years. Aside from the obvious challenges of a global recession that changed the scope of communications dramatically, they now have to cope with the 'new normal' of an online world where key audiences are incredibly fractured. So not only is the job becoming ever more complex, there is also the never-ending arm-wrestle with the head of marketing over who is responsible for what.

Historically, top communications posts were often filled by those who possessed a detailed knowledge of the newsroom and media landscape. Today, however, most organisations will not only seek individuals who can direct campaigns across a far greater range of channels and stakeholders, but will also be drawn to those who can work hand in hand with the CEO to help shape corporate strategy.

It is clear then that the post-recessionary communications landscape has evolved into a much more strategic function.

As a consequence, senior communicators are now asked to demonstrate higher levels of financial, technological and operational know-how and, crucially, demonstrate a clear understanding of how the communications agenda can be aligned to wider business objectives. It's about the big picture, not the narrow view.

So what does this mean from a skills perspective? Many of the tangible skill sets around writing and language that would have been at the top of the wish list a few years ago are now becoming sidelined in favour of influencing and strategic thinking.

The explosion and ongoing expansion of social media channels means that any organisation, whatever its size, is now subject to forensic scrutiny from the outside world. The ability to understand the agendas and potential influence of a broad range of stakeholders, and then quickly grasp the likely business impact, is now a non-negotiable skill.

With increasing numbers of senior communications professionals now sitting on an executive committee with a direct reporting line to the CEO, it is clear that the discipline is moving well beyond the historical perception of the 'media adviser' role with which many PRs have traditionally been more comfortable, and into the very centre of how businesses operate.

We are already seeing an increasing number of senior communicators being promoted into wider more strategic roles: Sue Clark at SABMiller, John Fallon at Pearson and Nick von Schirnding at Bumi are just three that immediately spring to mind and the chances are that this will become an increasingly common career path.

Could we therefore be looking at a scenario where the role of corporate communications director becomes a training ground for future CEOs?

With senior communicators taking a seat at the boardroom table and delivering increasing levels of strategic input it is surely only a matter of time.