However, take a closer look at the picture above and you may just spot a sneaky act of popcorn theft in progress. Scratch beneath the surface of PR and it’s a Machiavellian fight for survival. 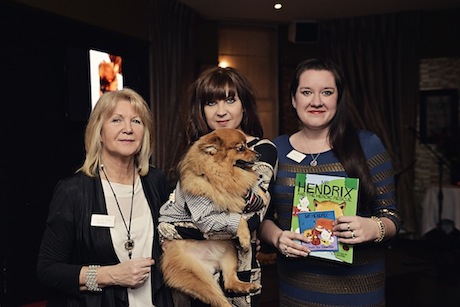 Putting a jacket on your pooch is old hat these days. Behold the dog shirt. Spot Literally PR's Helen Lewis, right, trying to maintain a steady gaze as the sartorially refined Mr Hendrix looks on at the launch of his own book range. Rumours he went off to smoke a pipe after the shoot are unverified... 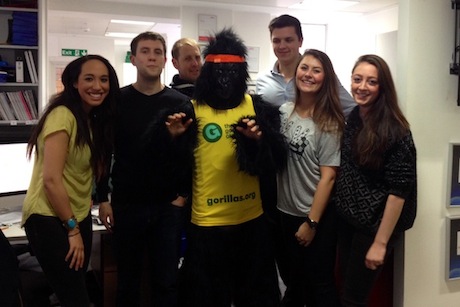 As a nifty sideline to its PR offer, PHA Media's 'miracle hairgro' had been doing brisk business until some interfering soul decided to tweak the formula. The results, S&E is sure you will agree, are tragic. Anyone got some shears to hand? (Alternatively, it may be account manager Nick Braund’s ploy for sponsorship to run next weekend’s London Marathon in aid of the Gorilla Organisation.)

Fancy making it into the Scene & Erred hall of fame? Just email your pictures to sceneanderred@haymarket.com
Tweet
Share