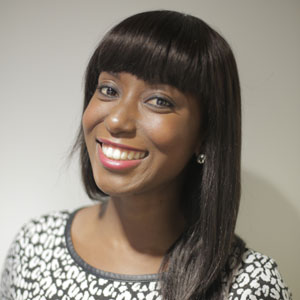 Working with a mentor should come naturally to Biu, whose comms responsibilities at TalkTalk extend to being the PR contact for the telecoms brand's sponsorship of The X Factor. Her application stood out for her focus on the development of her team, and her determination that in-house comms people's reputation for creativity and innovation should not be over-shadowed by their agency peers.

TalkTalk's director of communications Alexandra Birtles says Biu is "incredibly strategic, has an instinctive grasp of PR and combines this with excellent creativity".

Although clearly already rigorous about measuring outcomes from her comms work, Biu is keen to learn more about evaluation, and, with the support of Davidge, to fine-tune her judgement. Clara's career ambition is to be director of comms for a consumer tech company. 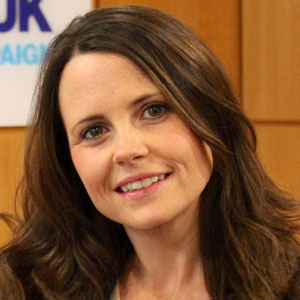 Day has been identified through the Diabetes UK's talent and succession programme as someone with the potential to become a future member of the Executive Team. She has a wide brief incorporating the planning and evaluation of campaigns, team development and market research.

One of Day's recent career highlights was working on a major campaign in partnership with Tesco which prompted 30,000 people to check their Type 2 diabetes risk. Diector of communications Louise Ansari describes her as "a fantastic communications manager, with exceptional skills in development and delivery of large scale logistical programmes".

Day is looking forward to the new perspective that a mentor from beyond the charity sector will bring, particularly in strengthening her own judgement. She is also very interested in finding ways to support young women from socially-disadvantaged groups. 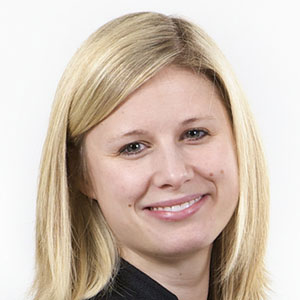 Liz Lewis-Jones, CEO of Liquid, describes Lisa Downes as "bright, articulate, self motivated and determined". It's not hard to see why – aged 26, Downes and some colleagues started their own agency, which was then merged into Liquid eighteen months later, yielding her a stake in the business.

Downes now runs the Jersey office of Liquid, a role which involves client handling, team management as well as new business. She helped to launch the Channel Islands group of the CIPR, and won the Outstanding Young Communicator award in the national CIPR Excellence Awards in 2012.

She's hoping that working with Kaufmann will enhance her business development and people management skills, as well as aiding her grasp of digital comms. 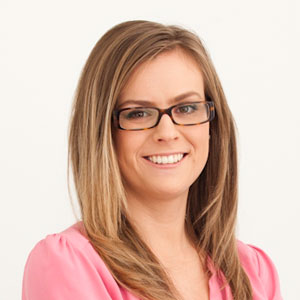 Frosdick has built the fashion and lifestyle department at PHA Media from scratch, and now runs eleven client accounts and a staff team of ten, as well as new business responsibilities. She is proud that her department has the lowest level of staff turnover at the agency and works hard to support, develop and challenge her team. She also enjoys thinking laterally for client work. Frosdick is hoping that working with Clarke will support her ambition of becoming a director, especially as she lacks any female senior role models at her agency. 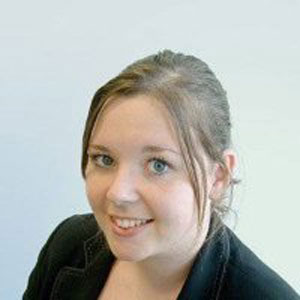 All our mentees have busy jobs but it would be tough to beat Hazel Gidley for ‘sharp end' media-relations experience; she manages press officers on the Home Office's Immigration Desk. Gidley's application referred to her commitment to building a strong team, of supporting as well as challenging, and tackling difficult management decisions and processes directly. Deputy head of news Toby Nation says Gidley "skilfully balances significant daily scrutiny of controversial policies with the need to play her part in the strategic communication of the government's on-going reform agenda."

She recently undertook a three month secondment at the British Embassy in China, working on changing perceptions there that getting a visa for the UK is difficult. Her crisis comms experience includes speaking for the Home Office and briefing ministers during the London riots.

Gidley would like to be a director of communications, and hopes that tapping into the perspective that Walsh can provide will boost her prospects of realising this ambition. 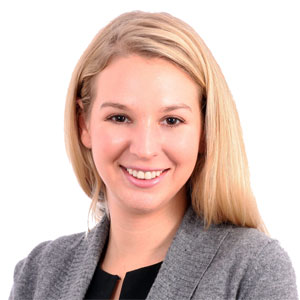 Hamilton leads a team of 16 at Hotwire and is responsible for a substantial client revenue that has doubled over the past year.

She is keen to work with Branston to explore ways to keep her team motivated (one of career highlights is ‘hiring excellent people'). Andy West, the agency's group chief development officer, describes Hamilton as ‘driven and hard-working. She is passionate about the team she leads and approaches campaigns with integrity". Ultimately, says Hamilton, she would like to overcome the glass ceiling without working 24/7. 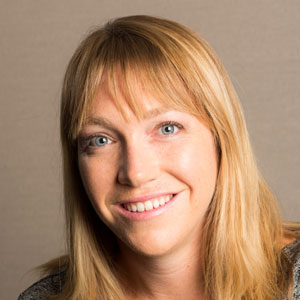 Kamin manages issues and crises across 37 markets to protect and defend Visa Europe's reputation, as well as being a mum to two children under five and a trustee on her local area community group. She managed the Wikileaks crisis for Visa Europe, and ran a 24-hour helpline staffed by nurses for Savlon following a contamination scare.

She has just returned from her second maternity leave and is keen to explore with Whenman ways to balance her home and office life without losing sight of her career goal of "running a great inter-departmental team that grows business".

She's passionate about PR being a business driver rather than a support function. 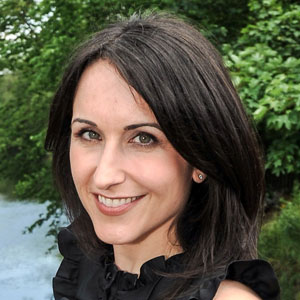 Kaufman left a job as associate director at Harrison Cowley in 2007 to set up her own tech PR agency. Seven years later, iseepr has a £550,000 turnover and employs nine people.

Former colleague, marketing consultant Stephen Meredith, describes Kaufman as "exceptionally hard-working and focused," and with the aptitude to be become a future leader in the comms industry. "She grabs every chance to self-improve and inspires the same level of commitment in her team".

With three children under six (the youngest of whom is four months old) and plans to double her revenue over the coming year, Kaufman is hoping to tap into mentor Jackie Cooper's experience of combining agency growth with family commitments. 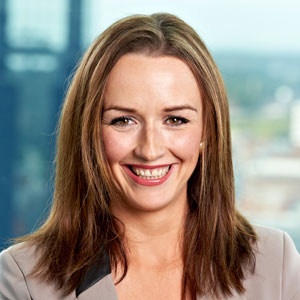 Lowe set up Marketing Birmingham's comms team three years ago, resulting in a significant expansion in the city's profile as a tourist destination and recipient of inward investment.

Lowe and her team have won a variety of CIPR and PRCA awards for this work, while Marketing Birmingham chief executive Neil Rami is full of praise for Lowe's use of research in "leveraging coverage" and raising bar in the organisation's use of social media.

Lowe's goal is to reach board level in an organisation she is passionate about, and is hoping her involvement in the mentoring project will give her the confidence that she can pursue this ambition. 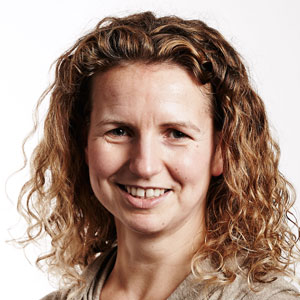 Suzi joined London Communications Agency nine years ago as an account manager, and is now a director and on the agency's management team. As well as her client-handling and account management roles she has also established LCA's HR function.

Her managing director Jonny Popper describes Suzi as a "true expert in her field, with a bright future". Having returned to work part-time after maternity leave last May, she is keen to explore with her mentor how she can continue to progress within the industry whilst "enjoying and seeing my new family".

On a wider level she is also keen to be a role-model for part-time working so other women in comms can see it is possible. 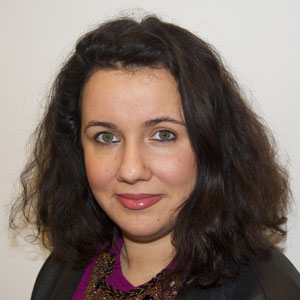 Molins Caplin is about to start a new chapter in her career. After working her way through big agency life to four years running the Orange (now EE) press office, including representing the brand's statements on phone hacking and the Milly Dowler case, she is about to go freelance.

She is keen to find a way to maintain working in an industry she clearly relishes, but not having to put her children in nursery every day as a result.

EE director Stuart Jackson, who originally hired Molins Caplin into Orange, describes her as "a real rising star", adding that "her tenacious never-accept-no attitude has delivered exceptional value for the business. She's smart, creative, thinks big, and is able to operate at a strategic level while delivering the goods day in day out". 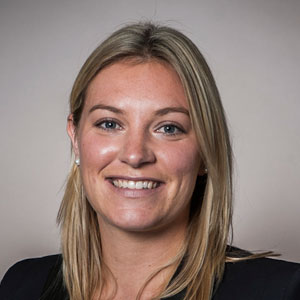 As a director at fast-growing agency Seven Hills, Perry supports co-founders Michael Hayman and Nick Giles by managing the staffing and profitability of accounts. She also holds responsibility for training the 30 staff, and for agency marketing, while managing her own work for clients.

She is looking forward to working with Costerton to help her strengthen her strategic thinking and plan her next career steps. Seven Hills co-founder Michael Hayman describes her as a "star" and "a highly accomplished practitioner". 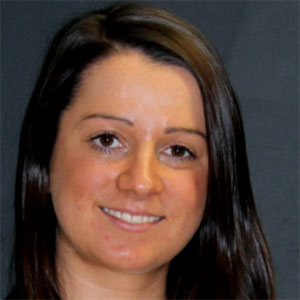 A financial services comms specialist (and one of PRWeek's 29 under 29 in 2010), Roberts was part of the HBOS crisis team that worked on the creation of the Lloyds Banking Group.

Although stressful, she describes this as an opportunity to learn how to manage people and morale while under huge pressure. A later career highlight was Roberts' speedy social media response to the Icelandic Ash Cloud story while working at Confused.com, bringing the brand a wide exposure.

After two years leading cashback website Quidco's comms, managing director Andy Oldham enthuses about Roberts' contribution to the company's growth. Roberts would like to become a director of communications, and is hopeful that working with a mentor will bring her a fresh perspective on her ways of working. 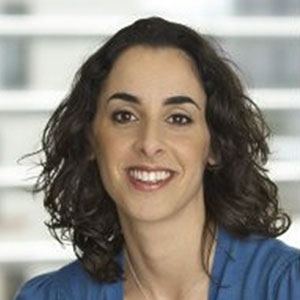 One of two mentees who are currently on maternity leave, Spitz manages a European-wide team of eight people. She joined last year from Blue Rubicon, where she ran client accounts and launched the agency's training programme.

Her manager, vice-president, public affairs and communication Lauren Sayeski, says Spitz is "an ambitious and passionate individual who takes on new challenges with maturity and humour". She'll be working with Green (herself also on maternity leave) on areas including improving her networking skills, with a view to landing a role as a director of communications within a few years. 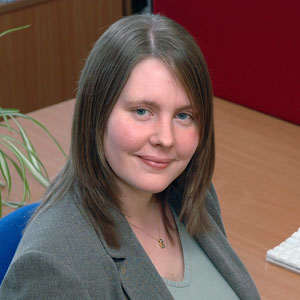 Wright's achievements have included helping her organisation achieve Trust status via community engagement, as well as the managing of comms around four public consultation exercises. She was also one of the first 100 CIPR members to achieve accredited practitioner status.

Just back from her second maternity leave, Wright now works four days a week. She is focusing on re-establishing herself within her role and re-invigorating the comms function within her organisation, a mental health trust. Director of Nursing, Therapies and Patient Partnership Avril Devaney thinks she is "very capable and has oodles of potential".

Wright is keen to work with Aldridge on how she can juggle work with family, and within a few years move to a role managing a major in-house comms team.