In total, more than 8,000 of the striking decorations have been specially created by volunteer knitters and supporters, who were asked to give up their time to ‘knit one, save one’.

They have been left at train stations, on tree branches and in shopping arcades to raise awareness because the number of 17-24 year-olds signing up to give blood has fallen significantly in recent years, according to the NHS.

The adorning of prominent buildings and places with knitted objects has been dubbed ‘yarnbombing’ – a form of street art used to raise awareness of an issue or promote a cause.

Young donors are important as they are needed to replace those who can no longer donate each year for reasons such as illness or pregnancy.

Staff from NHS Blood and Transplant (NHSBT) will hang thousands of the objects in public places over the coming month, including branches on trees to indicate that blood doesn’t grow on trees.

The campaign will be promoted across social media platforms and aims to link in with the expanding number of younger knitting enthusiasts, who share tips, pictures and patterns on social media.

The original blood drop design was created by Rebecca Willis (known as Granny Willis), an 18-year-old A level student who has a strong personal reason for supporting blood donation.

Willis said: "When I was approached to help with the campaign it felt like fate, because earlier in the year my grandfather’s life was saved by a blood transfusion after he was rushed into hospital with kidney failure, and the outlook appeared bleak. I could not believe the opportunity that I had been given to be able to help, and give back to such a worthy cause." 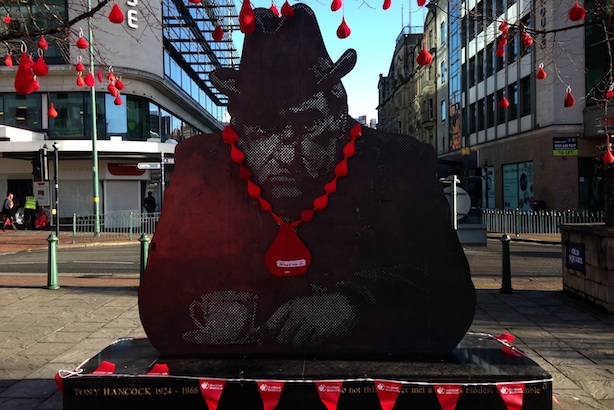