The agency spotted an opportunity after Facebook user Robert Wilkes had his account suspended last week for writing "I love faggots".

According to the agency the user was referring to the minced pork and pork liver products made by producers such as Mr Brain’s.

Facebook quickly reinstated the account, which it suspended due to interpreting the word, also a derogatory term for homosexual in the US, as offensive.

However, Pier claimed the use of the word remains banned in Facebook advertising, which is restrictive for its client.

It is encouraging Facebook users to show their support by downloading "Free Faggots Fans" banners and posters from Mr Brain’s website. 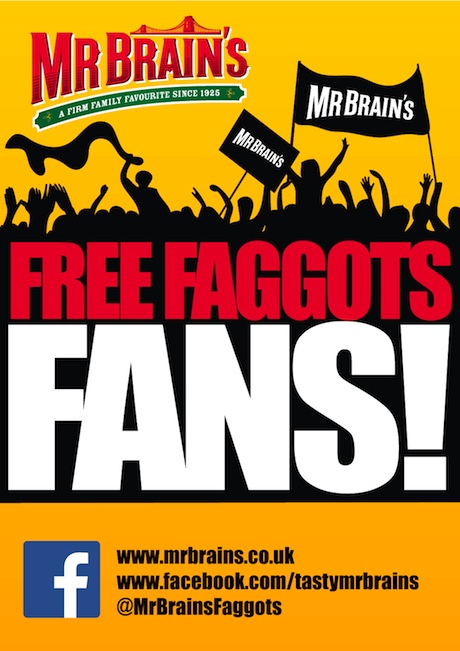