Two years after GolinHarris took the radical step of overhauling its structure, the momentum has not stopped for the London office of the Interpublic-owned agency. Its pitch win rate hit an impressive 81 per cent last year, the same year it bought respected specialist agency Virgo Health.

What the judges said about GolinHarris

"What a great place to hang out! Energetic, creative, and has shown that a different way of working is possible" Christine Jewell, managing director, 3 Monkeys

"The courage, insight and investment shown by GolinHarris to reinvent the agency model deserves to be acknowledged at the highest level"

A client’s view of GolinHarris

"I was so pleased to hear that GolinHarris won at the PRWeek Awards. To my mind they are the number one PR agency and to have this recognised by the industry is really exciting. I feel as much a part of their team as they are of mine, and there’s no denying GolinHarris are in a real sweet spot right now. This is why we’re deepening our relationship with them – not just by working with some other offices around the world, but also by expanding the remit of the UK team. I see our ongoing partnership with GolinHarris going from strength to strength, and I look forward to seeing what they do next." Sami Munter, head of International PR, Hansgrohe 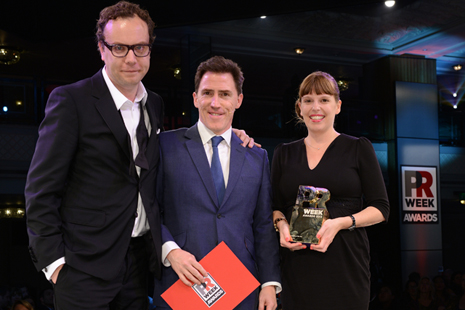 How did you celebrate your win?

Each member of staff including freelancers and interns were rewarded for their contribution with a voucher for Selfridges and an additional half-day holiday, and we will be holding a special celebration party at our own pub, ‘The Golin Lion’ on 13 November.

How many PRWeek Awards has your agency won to date? What does winning this one mean to you?

In 2012 we won PRWeek’s International Consultancy of the Year. To achieve such success with Large Consultancy and Best Overall Consultancy 12 months on means the world to the agency. The PRWeek Awards have a real impact on reputation and our wins instil an unbeatable sense of pride in every individual from president to intern. To have won five Agency of the Year titles in a shade over a year is indeed something to be proud of.

What do you believe sets your agency apart from rivals?

Our bold ‘g4’ agency restructure back in 2011 and subsequent innovations have earned us a reputation for doing things differently. Recent award successes and stellar client wins only spur us on to achieve yet more, to continue to reinvent our business and deliver world-class campaigns for our clients.

How have you changed the way you do business over the past year?

Building on the g4 model introduced in 2011 (leaving behind a traditional generalist structure in favour of four communities: creators (bold thinkers), strategists (business analysts), connectors (channel experts) and catalysts (campaign executors)) we’ve opened up new media channels, created new roles within the industry, added some of the most famous brands in the world to our client list, blazed a trail in real-time marketing and achieved the highest growth in our history.

Tell us about one piece of recent client work of which you are particularly proud.

The St John Ambulance ‘Helpless’ campaign is poignant as it has actually helped saves lives and really underlines how successful and powerful PR can be with a true client /agency partnership.

"If my dad had died from cancer, I wouldn’t feel I could have helped any more. But if he’d have died choking at the table, it would have torn me apart… that saving his life was within my control, and I just didn’t know to use those simple steps – it would have been terrible." Carl Burke, who saved his father Anthony, a cancer survivor, from choking.

Up to 140,000 people in England and Wales die each year when first aid could have saved their life. Astonishingly, this is the same as the number of people who die from cancer. St John Ambulance created a hard-hitting film, where a man in remission from cancer dies after choking at a celebratory barbeque.

The film was backed by One Poll research, case studies, powerful spokespeople, online assets and social channels to engage the public and persuade them to text for a free first aid guide. The campaign generated 200+ pieces of coverage, created 57,000 first aiders and has already saved at least four lives. 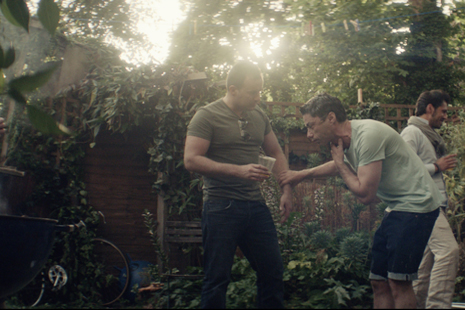 What the judges thought about the ‘Helpless’ campaign

"A robust campaign that played and built on a powerful ad creative. It was measured, classical PR with an objective that truly mattered - it saved lives" Sian Morgan, MD, Cow PR

"This was a powerful idea, executed with impact and beautifully integrated across channels - and had a significant impact" Hilary Cross, director of external affairs, Macmillan Cancer Support