The list of businesses that have had a tin ear when it comes to public opinion is long; the list of those firms that continued to make huge profits regardless is not much shorter.

But this is changing.

Figures from the YouGov/PRCA survey of in-house comms directors (below) lends weight to this hypothesis.

Almost three in four said their board saw an extremely or reasonably strong link to financial performance and just over half said their CEO took personal responsibility for corporate reputation. A strong reputation was seen to benefit share price, external influence and staff satisfaction.

One suspects these figures might have been significantly lower before Lehman Brothers went under in 2008. Subsequently, firms' share prices have slid in tandem with their reputations. Think BP or G4S.

However, the fight is not yet over. According to one FTSE 100 comms boss, her CEO's interest in reputation starts and ends with the share price.

But this also points to the next hurdle the industry faces - survey respondents saw proving the impact of reputation beyond anecdotal feedback as the next key boardroom battle. 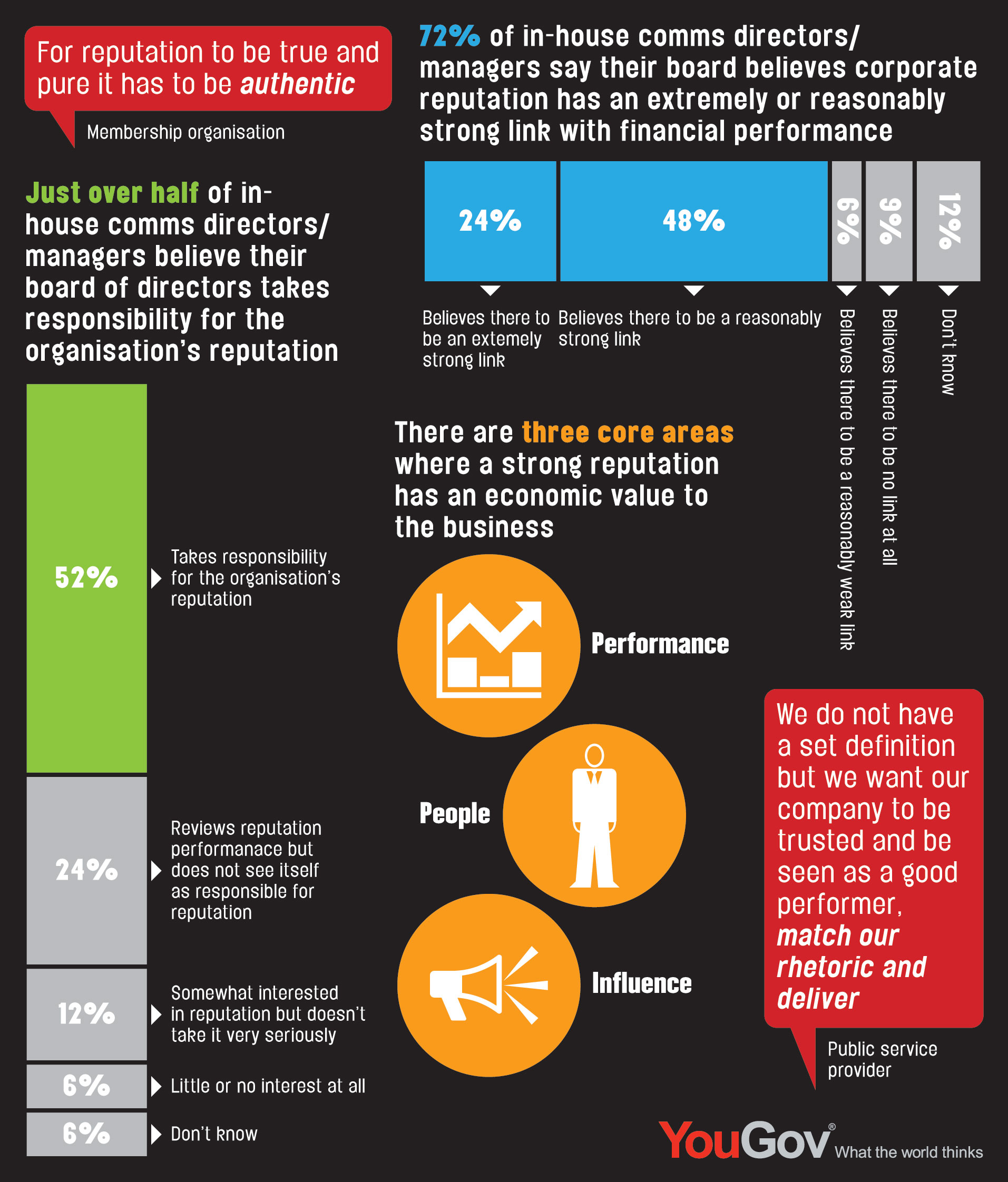