In April, the Rana Plaza garment factory building in the Savar district of Dhaka in Bangladesh collapsed, killing 1,127 people.

Clothes were made there for a variety of brands familiar to shoppers in the UK’s high streets, while distressing images – bodies trapped in concrete and mangled metal, children holding up photographs of missing parents and unidentified corpses being buried in a mass pit – were prominent in the media.

Primark was the first retailer to say it had supplier operations at the site, and the announcement that it was giving short-term financial aid to those affected was well reported. ‘Primark is doing the right thing,’ insists Peter McAllister, director of the Ethical Trading Initiative, of which Primark is a member.

Media statements reiterated that Primark was the first company to come clean and offer support and confirm a commitment to long-term aid. ‘We encourage the other brands that sourced from Rana Plaza to follow suit,’ says McAllister.

In the weeks that followed, US congressman George Miller was particularly critical, telling retailers they had designed the global manufacturing system with its reliance on cheap
labour in poor countries.

‘You have to make a decision now on whether you want to have blood on your labels,’ he says. Yet shoppers in the West want value for money, price points are highly sensitive and fast fashion – with work outsourced by largely Western manufacturers to Asian countries with short lead times – means they can buy cheap clothes regularly.

Although campaigners such as War on Want planned protests outside retailers including Mango and Ben­etton, there is no sign that customers have voted with their feet. Instead, from the rubble of Rana Plaza, retailers including Primark (first again, it claims), H&M, Marks & Spencer, Zara’s parent Inditex and Tesco signed an agreement brokered by global workers’ rights campaigner IndustriALL to help finance fire safety improvements in Bangladesh factories. However, Gap and Walmart, the owner of Asda, which sells the George-branded range, drew the ire of critics for declining to do so (see box).

One of the fullest responses in PR terms to the Rana Plaza tragedy came from H&M. What makes it particularly interesting was that H&M did not have textiles manufactured in the building: in other words, the collapse was nothing to do with the firm. ‘However, this is one of our most prioritised questions right now and we are working at full speed to reach the best solution together with other stake-holders,’ said H&M in a statement.

After expressing sympathies for the victims, the firm went on to outline in some detail its own part in putting together the fire and safety building agreement. It also detailed the safety checks it insists are carried out at its operations in Bangladesh as a matter of course.

‘The fact that this was not our suppliers’ factory does not mean we are not engaged in the process of contributing to constructive solutions,’ the firm added in a statement, before concluding: ‘It is important to remember that this disaster was an infrastructure problem in Bangladesh and not a problem specific to the textile industry.’ While this sounds close to passing the buck, a calculation for brands may be how much moral duty shoppers feel for the conditions of the workers who make their clothes.

Whether outrage at disasters such as Rana Plaza leads to loss of sales or a permanent dip in share price is a moot point – The Guardian reported that shares in Primark’s owner Associated British Food actually went up 6.5 per cent during the week after the building collapsed. It might be that consumers are inured to other people’s tragedies if the money in their pocket is at stake.Supply chains are complex, times are hard and Bangladesh is far away.

However, when things are closer to home, PR professionals have to react differently. In January, the Food Safety Authority of Ireland announced it had detected horse DNA in meat products sold in British supermarkets. The approaches of Tesco (three frozen beef burger lines implicated) and Burger King were typical, with public statements from both outlining the problem – which by then was splashed all over news bulletins and websites anyway. This was followed by an apology in Tesco’s case and an explanation (outlining the provenance of its burgers) for why no horsemeat could have reached its restaurants from Burger King. Silvercrest Foods was the supplier in both cases and the companies started an investigation.

Emphasis in all comms was on transparency: ‘So here’s our promise,’ said Tesco in a statement. ‘We will find out exactly what happened and, when we do, we will come back and tell you.’ Tim Smith, Tesco group technical director, emphasised the products had been immediately withdrawn from sale and that food safety was ‘of the highest importance’ to the company.

The language used by both was what might be termed classic mea culpa plus mitigation: ‘Our supplier has failed us and, in turn, we have failed you,’ said Diego Beamonte, Burger King’s vice- president, global quality. ‘We and our supplier have let you down and we apologise,’ read the Tesco statement. The two firms ended their relationship with Silvercrest at the end of January after discovering it had used meat from suppliers not on an
approved list. 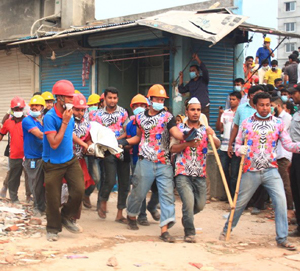 The row rumbled on, with other brands drawn in. In February, Ikea announced it was withdrawing meatballs – which showed the presence of horsemeat from a supplier in Sweden – and wiener sausages. Ikea resumed selling both in March, announcing it had ‘simplified the supply chain by limiting the number of meat suppliers from 15 to just seven’ , while issuing an extensive Q&A on the issue for customers. The responses of the brands involved in these two crises perhaps suggests most strongly that consumers have very different relationships with what goes on their body and what goes in it.

In Bangladesh, more than 1,100 people lost their lives. In the UK, nobody has died – or was even at risk of an upset stomach – yet chains leaped into crisis mode, aware that to have their customers eating illegal horseburgers was a potential PR catastrophe.